The new Wal-Mart Neighborhood Market had its grand opening on March 29. That’s right, Corvallis, we have a Wal-Mart.

Despite the known opposition some Corvallis residents have toward the world’s largest retailer, there weren’t any protesters reported at the grand opening. This might have been because campus was soaking up the last days of spring break. But, who knows, maybe the retailer isn’t as hated as we thought.

The city’s building codes — once assumed by Corvallis locals to keep large retailers, like Wal-Mart, out of Corvallis — only limited the square footage of the building. The new Corvallis Wal-Mart Neighborhood Market is 36,000 square feet. This neighborhood market is not the giant, 185,000-square-foot supercenter one might expect to see.

Though, in spite of its size, the Wal-Mart Neighborhood Market is no less damaging than the supercenters. According to Stacy Mitchell, a senior researcher with the Institute for Local Self-Reliance, “as Wal-Mart and other big box chains have expanded across the country, the number of small retail businesses has fallen by 39 percent.”

A study produced by C.S. Fowler Consulting LLC for Puget Sound Sage, analyzed the local market in South Seattle, Wash., when a Wal-Mart Neighborhood Market moved in. The study found the grocery outlet would divert $25.38 million per year in sales from existing retailers. This translates to a drop of $655,000 per year, or 1.2 percent, in total payroll value.

But hey, our Wal-Mart Neighborhood Market donated a total of $8,000 in grants to the Boys and Girls Club of Corvallis, CASA-Voices for Children, Old Mill Center for Children and Families, and Trillium’s Children’s Farm Home at its grand opening last Friday. That has to be worth something, right? 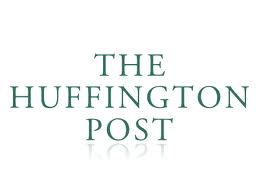 Banking Yes, We Can Have Banks That Work for the People
Sign Up for the Hometown Advantage Newsletter