Earlier this summer, ILSR Energy Democracy Research Associate Marie Donahue participated in an episode of the ongoing video series Solutionary Perspectives. This series features perspectives of allies and stakeholders of the Backbone Campaign’s Solutionary Rails project, a grassroots group of clean energy and transportation advocates. These advocates see the value of “knitting together the mandate for local self-reliance with clean energy innovation.”

A recording of the recent episode “Clean Energy, Community Economy, and Energy Democracy,” was released last week, featuring both Donahue and Matt Weaver, Solar Strategies Director of Baltimore-based Civic Works and Baltimore Energy Challenge. Both presenters share details about their work and discuss how policies can and have enabled community solar programs locally. Weaver draws on his work on-the-ground in Maryland, while Donahue provides a snapshot of state policies across the country.

In the latter half of the webinar (starting at 27:30 of the video), Donahue provides an overview of research and tools from the Energy Democracy initiative for communities looking to implement distributed energy solutions and build wealth locally.

Watch the episode below, check out the ILSR resources mentioned in the video, or jump below to read a brief recap of Marie’s interview.

Three general resources from the Energy Democracy initiative and one more specific report are highlighted to support the broader discussion about community solar:

Where are communities taking charge of their energy future? Which states give communities the most power? This map provides an interactive illustration of how communities are accelerating the transition toward 100 percent renewable energy and how state policies help or hinder greater local action.

Currently under development and rolled out in an initial beta form, this interactive tool provides examples of over 20 tested tools used by cities and towns across the country to increase local clean energy, reduce energy use, and fight climate change.

This report explores opportunities that community renewable energy, such as community solar, have to enable energy democracy, examining the benefits and barriers, barrier-busting policies, powerful examples, and how cities and cooperatives can lead the way. It provides a “gold standard” of community solar programs with four key principles mentioned during the webinar video: tangible benefits for participants, flexibility of ownership structure, additive to other renewable energy policies, and access for all.

In addition to outlining the resources above, Donahue points to strides Minnesota’s community solar program has made when asked specifically about state programs and model policies toward which others can look. She also discusses novel franchise agreement negotiations spearheaded by local groups such as Community Power in Minneapolis, as well as community solar developers like Cooperative Energy Futures that are working to ensure community solar is equitable and accessible to all.

The discussion wraps up with a final reminder about the need to reign in power of monopoly, investor-owned utilities in order to disrupt the status quo. Donahue provides a recent example of a threat from Xcel Energy to rewrite legislation in Minnesota that would remove an essential financeability clause from the state’s community solar statute and could render the program ineffective. Communities and state community solar programs would be well-served by putting a check on these utility interests. 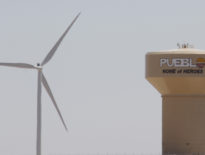 Energy Voices of 100%: Shifting the Paradigm toward Renew…
Sign Up For Energy Democracy News