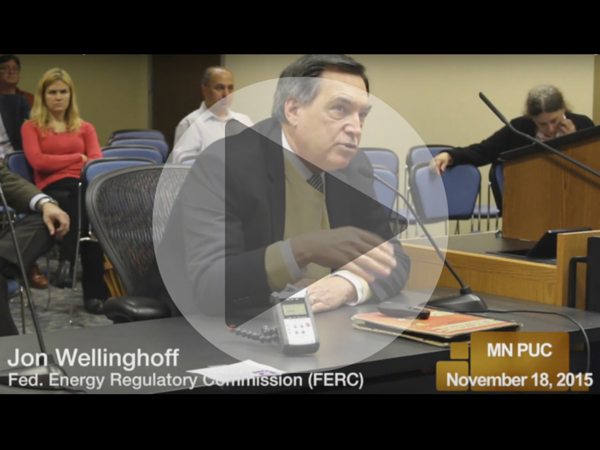 In November 2015, Jon Wellinghoff, former chair of the Federal Energy Regulatory Commission, spoke to the Minnesota Public Utilities Commission about the grid of the future. In particular, he addressed the issue of giving customers meaningful choices within a monopoly grid model, present in Minnesota and 34 other states. In the following video, he outlines the five key principles for guiding the rules of the 21st century electricity system.

A Time of Change

The first thing Wellinghoff addressed was the changing nature of the electricity system:

We have central station plants around distribution systems that were vertically integrated monopolies that provided reliable, safe, and markedly affordable power for us all. Those are legacy systems that are changing

He noted that electricity sales have leveled off in recent years, a great sign of increasing efficiency but a problem for sales-hungry electric utilities:

It’s very disruptive to utilities. The fact is this efficiency improvement is happening everywhere. Last October, I was in Tuscany walking in a very ancient city at the top of that hill. My wife and I, away from all cares and all technologies, until I saw a street light and I looked up at the street light, it was an LED. There was an LED streetlight in this whole city in Tuscany. I think, “Boy, this technology is going everywhere.”

We’ve seen far more technological innovation within other industries. Wellinghoff suggested that if you drive by a substation, there’s far more evidence of modern technology in your car than in the grid equipment. Other industries saw innovation because,

Competitive forces have created opportunities in [other] industries to advance them, to optimize them, to make them more efficient. We have to figure out how to do this in our electric industry as well.

Providing market mechanisms is important because customers already have a chance to spend their own money to capture energy savings:

It will happen because it’s just money sitting on the table. Question is, where can you go out and get 12% return on your investment on a fairly guaranteed basis over 20 years? Anybody want to take that? Anybody else because … I took it out of my house in Berkeley and I put it to these solar panels on my roof.

The consumers are making these choices. Regardless of what is done on the utility side of the meter, consumers want solar, they’re putting solar in.

Wellinghoff began with a discussion of how meaningful market-based mechanisms can be used within monopoly markets like Minnesota. This matters for the 35 states that still have vertically-integrated monopoly utilities, shown below. 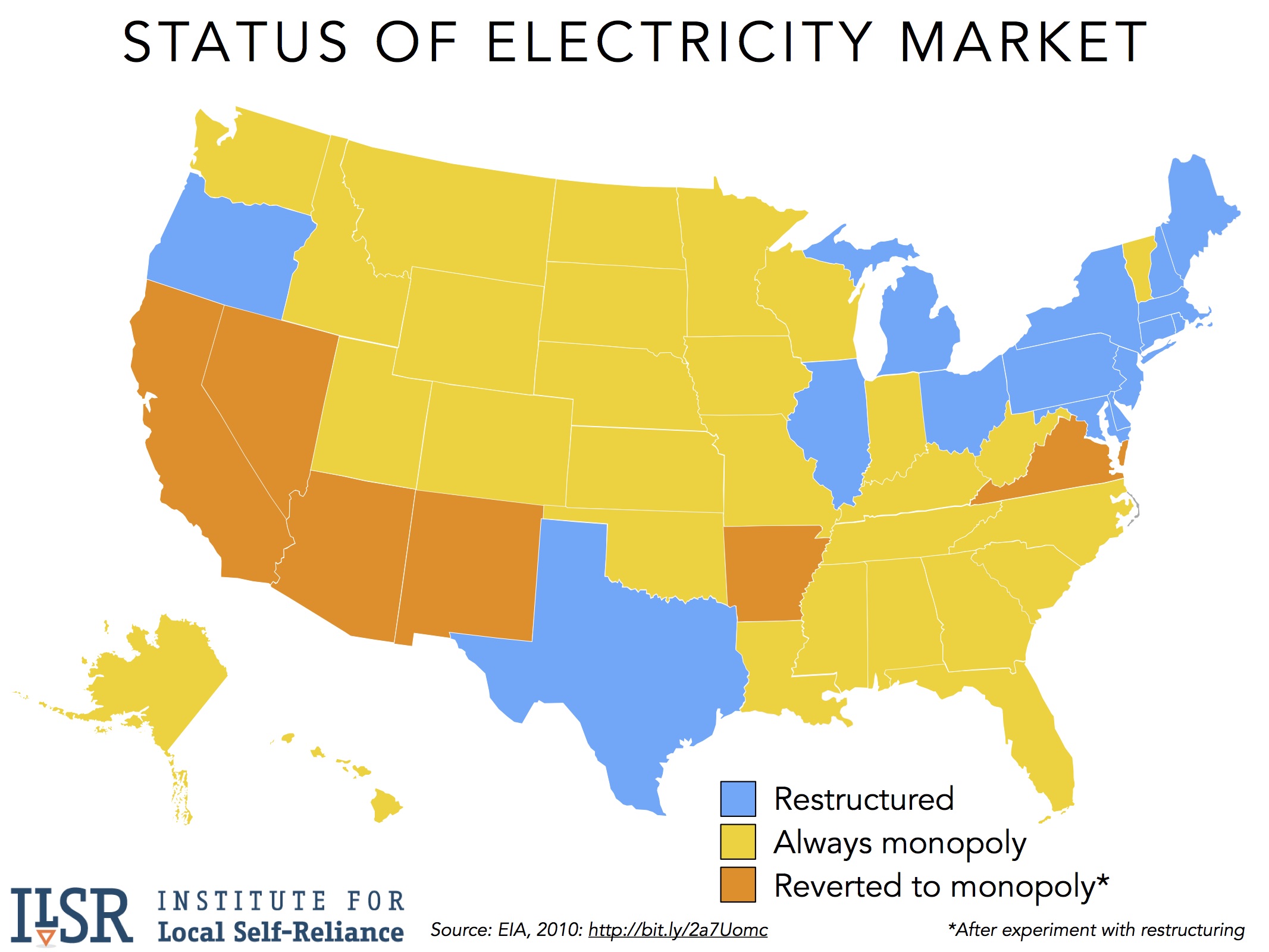 He gave an illustration using the map of market prices for MISO, the grid operator for the Midwest. Already, there is a working market for wholesale electricity, pricing electricity based on its availability by location (called the “locational marginal price”). But he suggested another way to view the map:

“If you look at this and then you overlay over this every Walmart in the Midwest. Think about if the Walmarts there could have accessed those market prices what they would have done and how they would have changed the operations in those stores, in those locations where prices were near zero versus where the prices were $200 per megawatt-hour. What they could have done with their operations, their HVAC systems, to have optimized their operation and by doing that, help to optimize the overall market. But right now we don’t have that real interface between the retail market and wholesale market.”

In California, one way to integrate the retail and wholesale levels is with distribution resource planning. They are mapping their distribution grid system just like the wholesale market is mapping the transmission system, and getting granular data on pricing by location.

If you were to put in place market mechanisms that would help consumers put in distributed resources in appropriate locations that these prices can be mobilized and you can optimize the system and lower costs overall.

There’s a big opportunity as customers install their own generation, says Wellinghoff.

We have to…figure out how to coordinate and collaborate between the [wholesale and retail levels] because now that we have distributed resources that are being put in at the consumer level. I believe that those resources should not be isolated by that meter simply for the use by consumers. Consumers should have the opportunity, if they want to, to use those resources for larger grid support for things like voltage and VAR support at a local level, reduction of congestion at the local level.

Electric vehicles are a powerful technological opportunity to serve consumers and the grid simultaneously. Wellinghoff provided an example from the PJM market area in the mid-Atlantic.

Wellinghoff wrapped up his presentation with five principles for designing the right rules for the 21st century electric system (you can read more about them here and see how they overlap with ILSR’s principles for Energy Democracy).

Wellinghoff wrapped up his presentation with a powerful anecdote of the opportunity and why we sometimes fail to seize it.

Well here, I’m on the subway, on the BART, going from Berkeley to San Francisco. …I look down on the floor and I see this. It’s a dollar bill on the floor. I look at her, look at the guy in front of me. He looks at me. We all look at each other, but does anybody lean down and pick up the dollar bill? Nobody. Nobody leaned down to get the dollar bill.

We were on that subway for fifteen minutes, and nobody picked the dollar bill

There’s billions of dollar bills laying around in the electric system. Billions of them just laying there to be picked up, but that doesn’t mean that everybody is going to go out there and pick them up. It’s your job and regulators jobs to figure out how to pick them up as most efficiently as possible.

Video: Choices Within Monopoly – A Grid of the Future Conversation with Jon Wellinghoff 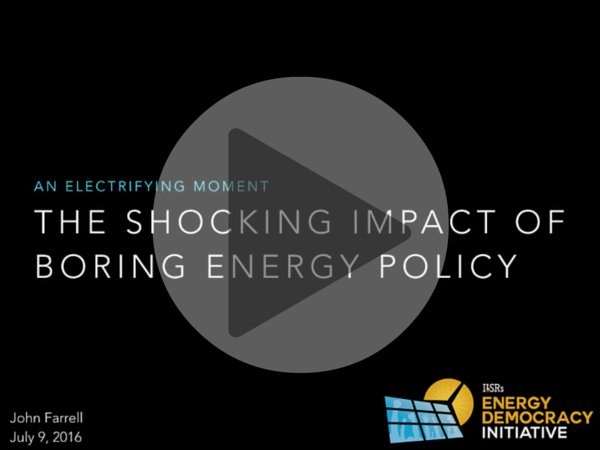 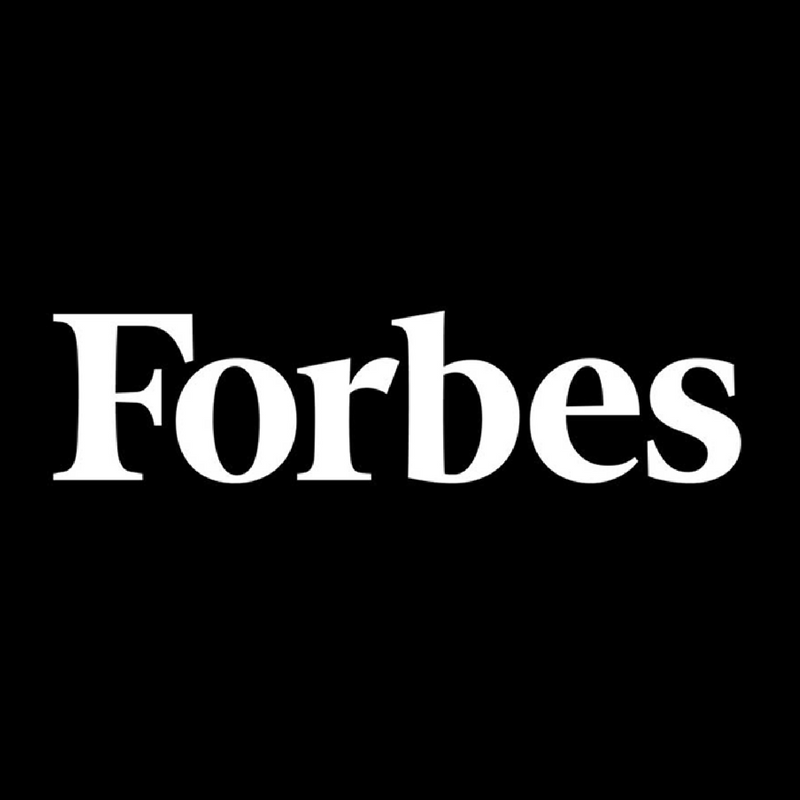 Energy Will Trump Quit Mocking Climate Science When He Se…