Vidalia's plans to offer free Wi-Fi are becoming reality. The Natchez Democrat recently reported that the City launched its free Wi-Fi in its new municipal complex.

Vidalia received a $30,000 grant from the Telecommunications Development Fund (TDF) Foundation to invest in a wireless network to cover the complex. Apparently, visitors to the complex were often surprised to learn that there was no Wi-Fi available. From the article:

[Mayor Hyram] Copeland said the project came about after multiple teams coming to participate in tournaments at the recreation complex asked about Wi-Fi access.

“I was embarrassed to say, ‘No,’ but now I can say we do,” Copeland said. “But the end result of all this is that we will have moved this community forward.”

The next step will be free Wi-Fi along the City's riverfront.

Even though federal American Recovery and Reinvestment Act (ARRA) funds to Louisiana were pulled back, Vidalia decided to press on with its broadband plans. The City has since cultivated several grant sources and is piecing together the funds needed to proceed with its estimated $9 million fiber network. Vidalia wants to develop a smart-grid and potentially provide fiber to every premise.

The community, with some of the highest unemployment rates in the country, sees the presence of better broadband as critical to economic survival. From the article:

“Broadband is such a routine infrastructure for companies nowadays that they almost assume you have it, and us not having it could have hurt us in the long run,” [Concordia Parish Economic Development Director Heather] Malone said. “Now, we’ll be able to use this as a tool to recruit new businesses and offer it to our existing businesses.” 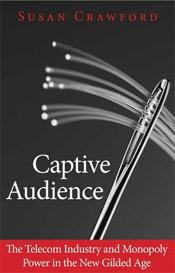