An advocacy group in Boulder, Colo. has made the case for why utilities, not customers, should be responsible for the cost of retiring fossil fuel assets.

For this episode of the Local Energy Rules podcast, host John Farrell speaks with Leslie Glustrom, an advocate with Clean Energy Action in Boulder. They discussed Clean Energy Action’s white paper on utility accountability and how we can equitably transition to a clean energy future for a recent episode of ILSR’s Building Local Power podcast, republished here for Local Energy Rules.

Leslie Glustrom, a biochemist-turned-clean energy advocate, was a founding member of Clean Energy Action. She has been volunteering in support of carbon-free, local energy for 20 years. For her, accelerating the transition to clean energy means helping other energy industry outsiders grapple with complex concepts – one being securitization.

Farrell compares securitization to refinancing a house. Essentially, it allows utilities to refinance their debt owed on aging power plants. When a coal plant is retired before the end of its useful life, the remainder of that plant’s useful life must be paid off. Securitization can lower the rates on these payments from seven percent to three percent.

Securitization is a cheaper way to retire fossil fuel plants early. However, securitization leaves utility customers on the hook for paying “ratepayer obligation charge bonds.” A large share of the burden will fall on small businesses and low-income customers, who are less likely to have solar power or other insulation from utility charges.

The endgame is to have ratepayers pay off the utility problem… I’m just not fully on board with assuming that rate payers should pay off utility’s mistakes.

Privatizing the Risks and Not Just the Profits

Glustrom is critical of a Rocky Mountain Institute report on coal plant retirement, which essentially assumes that utility customers will bear the burden. Instead, she wants to reframe the conversation. Communities are already burdened by the pollution and climate impacts of fossil fuel plants, so why should they carry the financial burden of retiring them early?

In most businesses, if you’re caught carrying the fashions from five years ago and you can’t sell them, that’s your problem.

The new white paper by Clean Energy Action explores how many tools, including securitization, can be properly implemented to “retire coal plants and fossil fuel assets early and more equitably.”

Like all tools, there’s a time to use it at a time to not use it.

Ultimately, responsibility for fossil fuel debt will be decided by public utility commissions. Commissions are unlikely to shift responsibility entirely to the utility, but Glustrom hopes they will be open to splitting the burden between the utility and ratepayers.

Read John Farrell’s testimony in support of an improved securitization bill advancing in the Minnesota House.

How Long Have Utilities Known the Costs of Climate Change?

Electric utilities are granted monopolies in the interest of customer service, but making investments in fossil fuel infrastructure has been contrary to the public interest for some time.

Thanks to Eunice Foote, says Glustrom, climate science has been clear since the 1850s. At that time, utilities had few cost-effective alternatives to coal and gas-fired generation. Now, solar plus storage is the cheapest way to generate electricity – and it curbs greenhouse gas emissions. At what point should utilities have realized that fossil fuels were a bad bet?

To hold utilities accountable for poor investment decisions, public utility commissions could determine what utilities should have known at the time of their fossil fuel investment. If a utility built a coal plant in 2010, for example, the commission could hold the utility responsible for retiring the plant early. The utility should have known better and it had other options.

Given what the utilities knew, or should have known, should they have invested in a billion dollar coal plant that they thought would operate until 2070?

The Need for Broader Grid Reform

Farrell and Glustrom also discuss problems with the energy system more broadly. The top-down electric grid, which transmits electricity hundreds of miles from large generators, is not adaptive to our present circumstances. While customer-sited generation and storage is becoming more popular, storms and natural disasters are becoming more destructive and frequent.

When we rely on the big grid, we end up with big problems.

Glustrom hopes that as coal and gas plants retire and we transition to a cleaner grid, we can also envision a decentralized electric grid – but it’s going to take a revolution, she says.

The first thing we have to do is to not accept that the 20th century structure is the proper structure for the 21st century.

This is episode 123 of Local Energy Rules, an ILSR podcast with Energy Democracy Director John Farrell, which shares powerful stories of successful local renewable energy and exposes the policy and practical barriers to its expansion.

Should Big Utilities Pay for Their Bad Choices? — Episode 124 of Local Energy Rules 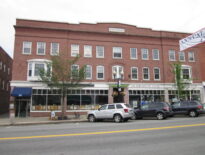 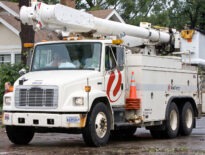