Kansas isn’t the only state considering legislation that would limit the growth of government-funded broadband networks that threaten incumbent Internet service providers.

The latest such attempt we’ve learned of is a Utah House bill called the “Interlocal Entity Service Prohibition,” which would prevent a regional fiber consortium from building infrastructure outside the boundaries of its member cities and towns.

While it would affect any such group, the bill seems to be directed at UTOPIA, the Utah Telecommunication Open Infrastructure Agency, a consortium of 16 cities that operates a fiber-to-the-premises broadband network. The bill explicitly targets fiber only, not affecting cable or other types of networks.

Webb’s bill was introduced on January 17 and discussed yesterday by the House Government Operations Committee. Crane said Webb seemed willing to investigate UTOPIA’s concerns, but the bill could still hit the House floor for a vote. “I don’t know what his intention is in writing the bill in the first place to damage or punish the UTOPIA cities. It really doesn’t accomplish anything,” Crane said.

Webb received a $250 donation from CenturyLink, which could benefit from limitations on UTOPIA. Christopher Mitchell, director of the Telecommunications as Commons Initiative at the Institute for Local Self-Reliance, pointed out that the bill would prevent housing developments from connecting to UTOPIA even if they were just outside one of the member cities.

“If you were building a housing development a few miles away from [the UTOPIA network], would you want fiber or would you want to rely on Comcast and CenturyLink?” Mitchell told Ars. Mitchell wrote about the Utah bill at Muninetworks.org, and there’s another article on the proposal atFreeUTOPIA.org. 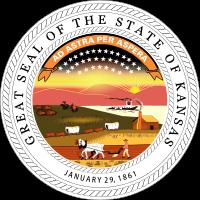