The town of Marshall launched its FiberNet Fiber-to-the-Home (FTTH) service in 2018 and has rapidly blanketed the community with some of the best connectivity in south central Michigan. They’re proving, once again, that it isn’t only the urban areas with a thirst for fast, affordable, reliable connectivity and that local communities know the best way to meet the demands of their residents.

With a population of about 7,000 and located in south central Michigan, Marshall is also the seat of Calhoun County. The small town is steeped in interesting history, including an 1843 incident in which the community rallied around escaped slaves leading to the Fugitive Slave Law. The town is also home to an historic district considered one of the most architecturally significant in the U.S. It’s part of the Battle Creek statistical area, but until local leaders decided to take matters into their own hands, connectivity for businesses and residents was inadequate for today’s needs.

Customer Service and Marketing Manager Jessica Slusarski took some time to fill us in on how Marshall developed their network. In 2015, community leaders decided to address one of the major issues within Marshall: poor Internet access and low satisfaction with current providers. One of the most important elements that community leaders sought was simple pricing with no hidden fees without high installation costs for subscribers. The city council began investigating ways to improve connectivity for both residents and businesses to ensure the town would remain competitive. Most neighborhoods had to make do with DSL from AT&T and, while a few areas could obtain cable service from WOW, there were still premises with only dial-up as an option.

On average, Marshall folks could expect 2 Megabits per second (Mbps) download and much slower upload speeds — growly inadequate for businesses, homework, and the increasing needs of the 21st century family. At such speeds, kids aren’t able to efficiently complete homework, telehealth is not an option, and home-based businesses barely limp along. For many brick and mortar businesses in Marshall, services were unreliable, slow, and peak times were especially crippling. In keeping with state restrictions, the community was required to seek bids from the private sector before they could develop a municipal network. They received no responses, probably due to the fact that the low population wouldn’t prove profitable enough for one of the larger ISPs to justify investing in Marshall. With no interest from the private sector, the town was free to develop their publicly owned utility to bring Internet access to the general public.

Marshall’s network cost about $2.5 million to deploy and they expect to spend approximately $1 million per year to operate and maintain the investment. They’ve used interdepartmental loans and helped fund the construction through the community’s Local Development Financing Authority (LDFA). LDFA funds are generated from tax increment financing or through other instruments, including revenue bonds. Learn more about Michigan’s LDFA here.

By the end of 2017, the city was connecting subscribers to FiberNet and now construction, both aerial and underground, is almost completed; only two streets need to be connected when spring weather arrives. The city owns a plow, which has helped keep costs downWhile considering neighborhoods with intense interest as they built out the network, Marshall also weighed the areas of highest population in determining their deployment strategy.

Marshall intends to pay off their network deployment loans within five years, partly because there’s heavy demand for services. They only need a 38 percent take rate to meet that goal; they began connecting residents in March and are at 20 percent while connecting new subscribers on a daily basis. Jessica recalls that one of the challenges the community faced was an overly ambitious deployment schedule; when word got out that Marshall was investing in the network, potential subscribers called to be connected before they had time to deploy the backbone. Residents and businesses call each day as they shed their contracts with the incumbent DSL provider, indicating that FiberNet still has room to increase its take rate.

Rates are all symmetrical and subscribers pay no installation fee. Resident can choose from four tiers:

Check out their commercial rates here.

Municipal facilities, which pay the same rates as commercial subscribers, have reduced Internet access costs in half by switching to the fiber network while also increasing speeds. Past connections to incumbent providers were around $300 per month per facility with slower upload speeds; now each facility pays $150 per month under the FiberNet commercial tier 2 plan, which offers 150 Mbps symmetrical services.

As in other communities that develop their own network, the presence of symmetry was a critical feature of Marshall’s plan. They wanted to encourage subscribers to be able to participate in the online economy beyond the role of consumer.

Marshall has been attracting new businesses in recent years and, while FiberNet isn’t the only reason, when recent additions have come to town, they request the service. There a number of entrepreneurs in Marshall, including well-known YouTubers such as Sam Rodriquez, who now posts content in minutes instead of days. His old AT&T DSL service often required 48 hours to upload one of his five-minute videos.

The deployment process has also been a process of discovery and Marshall is addressing challenges and tweeking their services as they find out more about what potential subscribers want, says Jessica. Not all premises need the level of service that they offer at the price they charge. Some of the small businesses don’t take the service because they only use Internet access for low bandwidth applications, such as credit card processing. Some residents only use Internet access for email or social media and want to keep their connectivity costs as low as possible. In order to capture these subscribers, FiberNet is working on a pricing structure that includes a very low cost, low bandwidth tier.

While the municipal utility isn’t in the business to maximize profits, they’re aim to be cost-neutral and to serve the community, and if providing a low-cost option is something the community wants, they want to provide it if they can.

Director of Electric Utilities Ed Rice commented on the situation Marshall faced before FiberNet and explained why the town decided to take on the project:

“Really, Marshall is under served for high-speed Internet.”

“We are in it to provide good service to our residents and our business and commercial customers.” 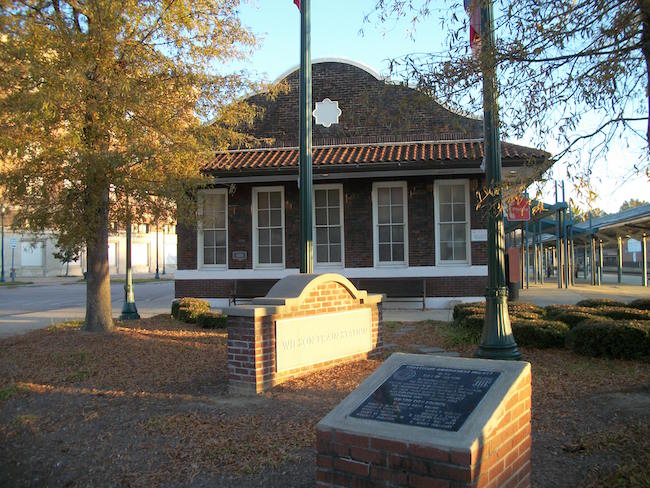 MuniNetworks What Community Broadband Has Brought to Wilson, No… 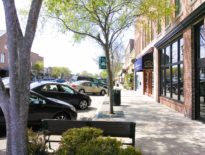