In 2017, ILSR launched the Baltimore Compost Collective, a food scrap collection and composting service that is employing local youth in Curtis Bay. Read more about the project here. This year we helped organize a community bin-build of a second composting system in order to expand the site’s capacity to compost food scraps. Employees of the Compost Collective and ILSR were joined by several partners to construct the second 3-bin system.

Check out our 1.5 minute time-lapse video of the bin-build!

ILSR thanks all the Collective’s paying customers who set out their food scraps every week (you know who you are!); United Workers for hosting the Compost Collective; Henry Scott formerly of the Makerspace Chesapeake Arts Center for sharing his building skills and tools; Clodoaldo Santos at Eagles Construction for volunteering a full day to act as lead builder (and bringing his family, grill and tools!); Rodette Jones and her crew at the Filbert Street Garden for hosting the composting systems and so much more; Richard Manson at Pure Raw Juice for raising $1,500 to make the bin build possible; Gina Schaefer of A Few Cool Hardware Stores for donating supplies; Michael Dorsey of Dorsey Consulting LLC for his vision and support; Christophe Paul at The Mission Continues – Baltimore for rolling up his sleeves; Heather DeMocker for filming the event; and the Compost Collective’s youth workers and their absolutely amazing leader Marvin!

And, last but not least, thanks to the Abell Foundation, the Robert C. Schumann Foundation, Virginia Cretella Mars Foundation, The 11th Hour Project, and Patagonia for funding our Composting for Community program or Baltimore-specific activities. This project would not be possible without your support! 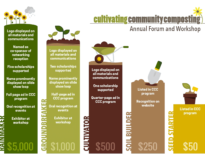 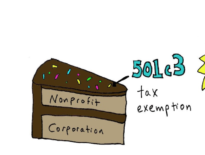