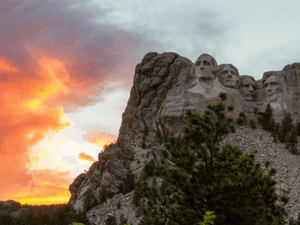 Stories in this Newsfeed: 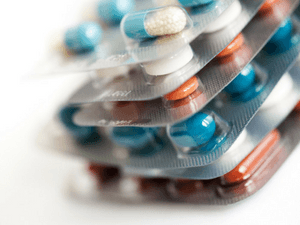 This November, Californians will vote on a ballot initiative that, according to Pharma Exec magazine, “would shake the rafters of every single state drug program in the nation, as well as the federal Medicaid and Medicare programs.”

Proposition 61 requires that state agencies pay no more for any prescription drug than the lowest price paid by the U.S. Department of Veterans Affairs (VA) for the same drug. It would apply to more than 1 million state and public university employees as well as 3 million Medicaid patients (although it would exclude 10 million Californians on managed care Medicaid plans.)

The impact could be even broader.  Federal law entitles all state Medicaid programs to the lowest prescription drug prices available to most public and private payers in the U.S., excluding the VA.  Medicaid discounts ordinarily are in the 20 percent range, but VA discounts can be as high as 42 percent.  The California measure could extend the VA’s significant  discounts to health programs serving tens of millions of additional people nationwide.

As of October 20, pharmaceutical companies have spent more than $109 million to defeat the measure compared to just $15 million for supporters.  Nevertheless, as of two weeks before the election, it appeared well on the way to victory.

The pricing of drugs has become a national disgrace.  Horror stories are an almost every day occurrence. Turing Pharmaceuticals purchases the rights to a generic AIDS  drug  and promptly raises its price from $13.50 to $750 a pill.  In fact, in 222 generic drug groups, prices increased by 100 percent or more between 2013 and 2014, according to Forbes. Specialty drugs have become astronomically expensive. Medivation’s prostate cancer drug Xtandi costs $129,000 a treatment. Reuters reports that in 2014, 139,000 Americans had medication costs in excess of $100,000, nearly triple the number who reached that mark a year earlier.

The pharmaceutical industry’s median return on assets is more than double that of the rest of the Fortune 500, according to Alfred Engelberg.  The industry is awash in cash.  Pfizer holds $74 billion in un-repatriated profits overseas and Merck holds $60 billion, enough to fund their respective annual research budgets for l0 years.

While the industry reaps the benefits, the taxpayer bears much of the cost. Some calculate that direct and indirect government support is such that private industry pays only about a third of R&D costs and much of that goes to develop drugs that offer cosmetic or minor improvements.  The Washington Post reports that while government foots the bill for development, drug companies focus on marketing, often spending $2 for marketing for every $1 spent on research.

Despite repeated scandals, the federal government has been unwilling or uninterested in stepping in.   Congress specifically prohibits Medicare from negotiating with the drug companies for price discounts.  Federal law allows the government to unilaterally lower the price of drugs developed with government funds but has refused to do so.  It can also allow less expensive but has refused to that either.   State governments have largely refused to intervene either.

Which leaves it up to the people to assert their authority, where they are able, to put the issue directly to the voters.  That’s what Californians have done.

On November 8th South Dakotans will vote on three initiatives which, if taken together, could change the face of state politics.

Amendment V converts all state elections into nonpartisan contests. There would be no Democrat or Republican primaries. The top two finishers in the first round of voting would face off in the general election. California, Louisiana and Washington have similar run-off systems but in those states candidates still run with a party label.  That would be prohibited in South Dakota, making it the only state apart from Nebraska to have purely non-partisan elections. (Nebraska had its own political revolution in 1934 when its citizens voted not only for nonpartisan elections but the nation’s first and only unicameral legislature.)

Amendment T creates a commission to redraw state legislative districts every ten years when a new census comes out.  Ordinarily this redistricting is done by legislators themselves but as Matt Sibley, one of the organizers for this initiative, told Governing Magazine,  “There is an inherent flaw in the system when legislators are picking out there own legislative districts.” In-house redistricting often results in a number of uncontested legislative races, diminishing the value of the franchise for those living in that district. The new commission would be barred from considering the party affiliation of voters and location of incumbent lawmakers when drawing new maps. 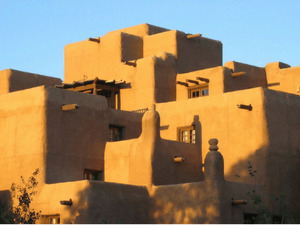 In November, New Mexico will become the first state to decide on whether to directly address a justice system that forces defendants who cannot pay bail to stay in jail.

In 1987 the Supreme Court declared, “In our society liberty is the norm, and detention prior to trial or without trial is the carefully limited exception.”   Nevertheless, in most of America, lower-income people who have been arrested and can’t afford bail sit in jail for weeks, months, even years before seeing a judge. Their involuntary incarceration can result in lost jobs and income and increased family stress which raises the likelihood they will reoffend.

Ninety-five percent of the growth in the jail population since 2000 is attributed to an increase in pretrial detainees, Christopher Moraff reports in Next City, according to the Department of Justice. Nationwide, according to a Harvard Law School report, 34 percent of defendants are kept in jail pretrial solely because they are unable to pay a cash bond, and most of these people are among the poorest third of Americans.  National data from local jails in 2011 showed that 60% of jail inmates were pretrial detainees and that 75% of those detainees were charged with property, drug or other nonviolent offenses.

According to the Vera Institute of Justice, the average number of days that people stay in jail awaiting trial has increased from 14 days in 1983 to 23 days in 2013.

The perverse and unjust consequences of bail have begun to receive national attention as part of the larger issue of the revival of debtor’s prisons.  In March the Justice Department sent a letter to judges advising them that employing “bail or bond practices that cause indigent defendants to remain incarcerated solely because they cannot afford to pay for their release” violates the Fourteenth Amendment guarantee of equal protection.

In September 2015 Equal Justice Under Law and the Southern Center for Human Rights filed a class action lawsuit against the city of Calhoun, Georgia for their practice of requiring bail for indigent defendants. The case involved a disabled man who was jailed for six days because he couldn’t afford to pay a $160 fixed cash bail bond. “Hundreds of thousands of human beings are held in American cages every night solely because they are too poor to make a payment,” Alec Karakatsanis, co-founder of Equal Justice Under Law told the Huffington Post.  In January the District Court ruled in their favor, issuing an injunction against the city of Calhoun, ordering it to implement a new bail scheme and release any misdemeanor arrestees in the meantime.

The city has appealed arguing “the Constitution does not guarantee bail, it only bans excessive bail.”

In August the Department of Justice, for the first time submitted an amicus brief on the subject of bail to the 11th Circuit Court of Appeals on behalf of the plaintiffs.

Some jurisdictions have begun to change their pretrial release policies so that danger to the community and likelihood of flight are the main factors to determine pretrial release, not whether the accused can pay bail. In a New York City pilot program, 1,100 people were granted supervised relief; 87 percent showed up to court when required without incident.  From July 2013 to December 2014, Mesa County, Colorado was able to reduce its pretrial jail population by 27 percent without negative consequences for public safety.

Washington, D.C. has run an essentially cashless justice system for those accused of misdemeanors for many years. Nearly 88 percent of defendants in D.C. are released with non-financial conditions. Between 2007 and 2012, 90 percent of released defendants made all scheduled court appearances; over 91 percent were not rearrested while in the community before trial.  Ninety-nine percent were not rearrested for a violent crime.

The New Mexico initiative originated with a murder case in which the defendant, remained in jail for more than two years without going to trial even though he agreed to wear a GPS device, make regular contact with the court and was not considered a danger to the community or likely to flee. Not only did the state Supreme Court rule in favor of the defendant, it formed a task force that recommended an amendment to the “right to bail” provision in the New Mexico constitution.

Constitutional Amendment 1 is a legislatively referred initiative with bipartisan support.  No group is campaigning against it.  Perhaps because it is a result of legislative action, it reflects the give and take of the legislative process.  Thus the Amendment also gives judges more discretion to keep dangerous people in jail — even if they can afford bail. A study from the Laura and John Arnold Foundation shows that nearly half of the highest-risk defendants are released pending trial while low-risk, non-violent defendants are frequently detained.

Perhaps more important, negotiations have resulted in final language more opaque than the original.  Originally the Amendment was clearly and directly stated: “A person who is not a danger and is otherwise eligible for bail shall not be detained solely because of financial inability to post a money or property bond.”  The final language reads, “A defendant who is neither a danger nor a flight risk and who has a financial inability to post a money or property bond may file a motion with the court requesting relief from the requirement to post bond. The court shall rule on the motion in an expedited manner.”

Some worry the additional conditions might raise barriers to achieving the objective of the initiative.  But most are optimistic that the New Mexico law will break new ground in efforts to eliminate a debtors prison in the United States. New Mexico Supreme Court Chief Justice Charles W. Daniels, a prime mover behind the initiative contends, “There is nothing I’ve done or will do on the court that is going to be a more important improvement of justice than getting this amendment passed.” 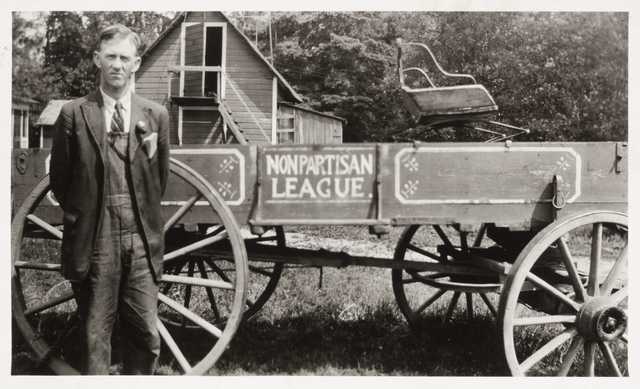 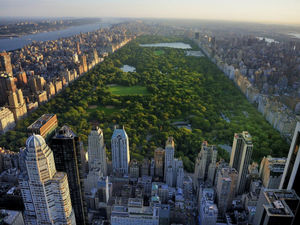 From the Desk of David Morris The Public Good Newsfeed – October 5, 2016: Priv…