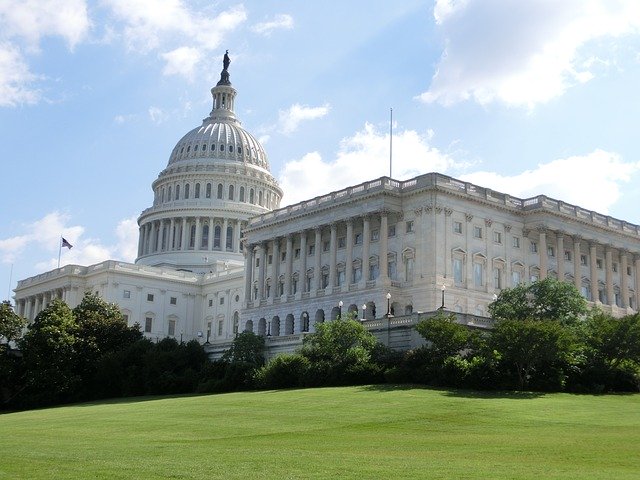 As federal, state, and local leaders increasingly recognize the need to make Internet access universal, they are also realizing that adoption is a separate issue. Programs such as the ReConnect and Connect America Funds I and II Auction have helped to expand infrastructure, but even in places where Internet access has been available for years, 100 percent of households do not subscribe. In an effort to better understand digital equity, the House Subcommittee on Communications & Technology of the Committee on Energy and Commerce recently sat down to listen to experts on digital equity. They discussed common misconceptions, hurdles that make wide-scale adoption difficult, and offered policy recommendations to help us achieve digital equity.

Not Only a Rural Problem

Angela Siefer, Executive Director of the National Digital Inclusion Alliance (NDIA) described how her experience as a digital equity warrior has changed from working with people to learn the basics of computer use to the additional problem of helping people get online. Angela's statement addressed some of the most common myths associated with the digital divide that NDIA, through boots-on-the-ground research, has discovered, including:

The digital divide is a rural problem: Census results show that populations in urban areas do not have Internet access subscriptions of any kind; these are often low-income households.
5G will bridge the digital divide: Lack of infrastructure and devices deployed in areas where existing problems with digital inclusion continue with regards to this new technology.
People don't subscribe because they don't think the Internet isn't valuable: Accomplishing day-to-day tasks often require access to the Internet, which is a fact not lost on those who don't subscribe, but the cost is out of reach for many of those same people.

Local Communities Have the Key, But Need a Little Help

Joshua D. Edmonds, the Director of Digital Inclusion from the City of Detroit, discussed how the city has implemented local initiatives to improve adoption. He explained how Detroit has tried to leverage partnerships with Internet access companies and other entities in order to find ways for low-income residents to obtain devices and Internet access. The city has had success without federal funding, but Edmonds writes in his testimony that the goal of universal adoption is a goal that all levels of government need to share in order to be successful. While local leaders have the know-how, federal level suppert will help the programs continue:

These are examples of how local leadership has called on industry to fill in where the federal government is silent. In Detroit, we have developed public-private partnerships without any government funding, but it an unsustainable model. We need federal resources to continue our work. If we were to receive additional funding, we could do more robust outreach, and incentivize more localized funding from philanthropic organizations.

Edmonds also draws attention to the issues that Detroit shares with other cities, including the homework gap, cybersecurity, residents with disabilities, and the 2020 census. Read his full testimony here [PDF].

Gigi Sohn, who used to work at the FCC and who is now a Distinguished Fellow at the Institute for Technology Law & Policy at Georgetown and a Senior Fellow and Public Advocate for the Benton Institute for Broadband & Society also recommended that Congress pass the Digital Equity Act of 2019. Like other testifiers, she noted that local communities have been developing programs to improve digital equity but that they need financial support from the federal government; infrastructure funding is only one piece of a complex adoption solution.
Gigi also presented the "Affordability Agenda" that the Benton Institute has recently presented, published here and mentioned in their recent report by Jon Sallet, Broadband for America's Future: A Vision for the 2020's. The report offers recommendations to advance digital equity that are based on years of observation including:

Most notably, Gigi highlighted the role of local communities in connecting residents and businesses. From her written testimony:

First, Congress should prohibit states from blocking communities that wish to build their own broadband networks, be they municipal networks, public-private partnerships or other arrangements. While numerous cities and towns across the nation have successfully built gigabit speed networks at low prices, 19 states still have laws on the books that prohibit either the building or the expansion of such networks. These laws, passed at the urging of the largest incumbent broadband providers, are not only flatly anticompetitive, they prohibit deployment in rural communities that the incumbents have no intention of ever serving. Most destructively, these laws directly raise the price of broadband for the most vulnerable Americans.

She mentioned the success of UTOPIA Fiber in Utah and acknowledged that those connected to the network have multiple Internet access providers from which to choose from. She referenced the possibilities of open access networks as a way to bring private sector providers to the table and increase competition. Read more from Gigi's testimony here [PDF].

Attacking the Problem from Different Angles

Jeffrey R. Sural, Director of North Carolina's Broadband Infrastructure Office at the North Carolina Department of Information Technology, described how the state has taken a multi-pronged approach to try to improve adoption in the state. In concert with deployment, North Carolina has  tried to implement programs that assist with cost, digital literacy, and relevance. He mentioned the economci development advancements in Wilson tied to their fiber network. As North Carolina moves forward with legislation in recent sessions, public-private partnerships have been in focus as H 431, the FIBER Act has been discussed in committee. Read Jeff's testimony here [PDF].

Roslyn Layton, who works as a Visiting Scholar for the American Enterprise Institute seemed enamored by satellite and 5G. As an economist, she warned against too much interference with respect to improving low-cost requirements for Internet access companies. In her testimony, which you can read here [PDF], she offers praise for the FCC's current policies and, like many others we hear from today, seems convinced that 5G is the future.

Questions from elected officials allowed the conversation to cover a range of topics. In addition to some of the inequities related to geography and racial and income diverse communities, Congress members wanted to know about 5G and Gigi was able to point out that the hype was overblown. They also discussed mapping, the 2020 census, and age and its effects on adoption. Some of the members live in areas where they have no access to high-quality connectivity. Most of the panel recommended that pricing needs to be more transparent for subscribers and that local initiatives are the solution for expanding digital literacy, but that communities need federal assistance, in part because those programs improve economic development opportunities. The discusion was frank and compelling and members of the committee seemed sincerely interested in what the panel had to say.
At one point during the hearing, Rep. Olson from Texas described the situation of his acquaintance who lives in a small town in a rural part of the state who has no access to the connectivity they need to be productive. Without missing a beat, Gigi acknowledged that his friend's situation sounds like a perfect situation for a municipal network. She also acknowledged that, because Texas has limiting laws on the books, his friend's options are limited. Watch the hearing here:
Image by Jens Junge from Pixabay
This article was originally published on ILSR’s MuniNetworks.org. Read the original here. 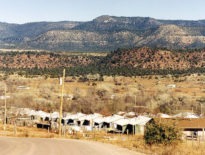 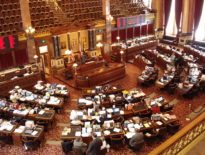