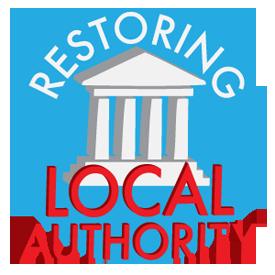 For the first time in many years, we have an opportunity to repeal some particularly destructive state laws limiting investment in community networks. To be clear, this is our best shot. I've already covered the background and offered a blanket encouragement for you to post comments.

Chairman Wheeler has been looking for an opportunity to expand local authority by removing state laws that limit investment in Internet networks. The cable and telephone companies are marshalling their considerable forces to stop him. But we can, and must help.

Anyone who thinks we have a better shot at rolling back state barriers individually in the states rather than with this FCC is wrong. Really wrong. Between Art Pope and Time Warner Cable lobbyists, there is no hope for any legislation that would threaten cable monopolies in North Carolina.

These petitions on municipal networks are not some FCC smokescreen related to the network neutrality proceeding. In fact, we at ILSR remain publicly frustrated with the FCC's failure to act more strongly in protecting the open Internet. But Chairman Wheeler, for reasons that seem somewhat personal to him, is particularly motivated to remove the anti-competitive laws passed by big cable and telephone company lobbyists. It strikes a chord with him and I, for one, am glad to see him taking action on it.

Anyone who claims action on municipal networks is some sort of trade for giving up on network neutrality is, once again, really wrong. For one thing, a trade requires two parties and I have yet to identify a single entity that would trade meaningful open Internet protections for rolling back a few barriers to municipal networks. Haven't found one. Not even us.

Further, restoring local authority on municipal networks is not a trade for the FCC later preempting local authority over the rights-of-way because once again, no one is ready to take that deal. Advocates of local decision-making authority tend to oppose preemption as a matter of course.

In the case of the current FCC proceedings, it must be noted that the FCC is actually being asked to preempt preemption, which is to say the principle remains that local authority should be respected. The FCC will remove state restrictions on local authority; no community will be required to take action it prefers not to.

This is a key opportunity. The FCC's Section 706 Authority allows it to remove barriers investment. No one is talking about creating new regulations.

For those still skeptical about these petitions, let me suggest this: If this is all some elaborate game of 3D chess masterminded by FCC Chairman Tom Wheeler, let's call him on it. Let's assemble a great record of how local governments can increase investment in next-generation services and states should not revoke their authority to decide for themselves how to invest or partner to improve and expand Internet access. In the worst case scenario, we will have compiled a great case for our position.

The Coalition for Local Internet Choice has posted instructions on how to file. File anytime between now and August 29. We are still working on a resource with recommendations and such for MuniNetworks.org and will publish them soon.

The FCC Is Our Best Shot to Restore Local Authority

MuniNetworks ILSR Submits Comments to FCC on Protecting and Pro…