In April 2022, The Hartford Courant reported that the Hartford, Conn., garbage incinerator will close by the summer of this year. Closing the Hartford incinerator has been a long term goal of recyclers and environmental activists in the region. The state now faces a challenge: It has to pivot quickly to investment in recycling, composting, and reuse — areas that have been noticeably deficient in the last decades.

Community leaders have cited uncertainty about the future of Materials Innovation and Recycling Authority that oversees the incinerator as one reason to switch service. Rock-bottom energy prices and the refusal of state and municipal leaders to fund upgrades to the power plant in Hartford prompted MIRA’s decision in 2020 to stop burning garbage this year at its Maxim Road facility and truck it to out-of-state landfills.

The State Department of Energy and Environmental Protection concluded that spending $300 million on an antiquated plant would not solve the state’s trash crisis.

The state has been working with municipal leaders and others to reduce the waste stream, primarily through a boost in recycling. But in the immediate future, when trash-to-energy operations end this fall, Kirk said the state will be sending more than 1 million tons of its 2.4 million tons of municipal solid waste (garbage after recycling) to out-of-state landfills.

State officials feel that the state is “taking a giant step backward in returning to landfilling and abandoning self-sufficiency to rely on other states to welcome our garbage,”

Hartford officials have said the shift away from MIRA’s incineration facility will mean cleaner air in the South Meadows neighborhood. Environmental groups overwhelmingly favor other types of waste management over incineration, which they see as an impediment to “Zero Waste,” a waste-minimizing philosophy. Hartford DPW director Michal Looney points out, “ Obviously that has been an environmental concern for a number of years, for both the city government and for our neighborhoods, our residents,” “Having that operation cease is certainly good for the air that our residents are breathing in.”

The End of the Hartford Trash-to-Energy Plant Nears 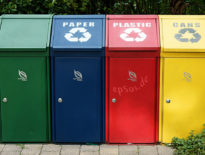 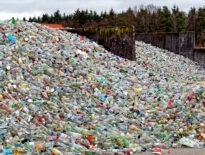