The Demise of Democracy?

On May 8, three appointed judges of the World Trade Organization (WTO) issued a decision that marks a disastrous setback for those of us who believe that in a democracy it is the citizens who make the rules.

The WTO decreed that from now on nations will no longer have the right to develop their own health and safety standards if these are more restrictive than those crafted by unelected and unaccountable international bodies.

Americans would do well to understand the context and the implications of this decision. In 1980, Europeans were horrified to discover that 2 and 3 year old children were reaching puberty. They traced the problem to growth hormones injected into animals. By the mid 1980s consumers in West Germany, Italy, the Netherlands and Belgium had persuaded their governments to ban all hormone additives. In 1988 the European Union imposed a Europe-wide ban. In 1989 the ban was extended to imported beef.

The United States argues that Europe’s growth hormone ban is a protectionist measure. But there are two problems with this argument. First, the ban is applied equally to European and American producers. Second, back in 1988 cattlemen from Pennsylvania to Texas declared their willingness and ability to export large quantities of cattle that would meet European standards.

In Europe, the growth hormone ban is wildly popular. Perhaps as much as any other law it truly expresses the will of the people. In this country similar consumer concerns led the federal government to set maximum allowable levels of hormones in meat. The Europeans opted instead for a zero tolerance policy.

Washington argues that growth hormones are no danger to human health if used as directed. The Europeans contend, and several consumer groups in this country agree, that there are cases where cattle farmers do not use the hormones as directed. Rather than establish a very costly and difficult to administer monitoring program, the Europeans decided to ban the use of such hormones.

Europe’s cattle growers have been responsive to consumer fears. As a representative for the French Standing Committee of the Chambers of Agriculture told the press last week, “French farmers bowed to the wishes of European consumers who do not want to eat hormone spiked meat. It was not easy but the choice is now accepted and we don’t want to go back to the past.”

Adding to the sensitivity of Europeans on food safety issues has been the terrifying outbreak of mad cow disease in the last few years. To the surprise of the scientific community, that disease turned out to be transmittable to humans. As a result, Britain has had to slaughter a significant portion of its cattle herds. Beef consumption throughout Europe has plummeted.

The growth hormone and mad cow disease controversies have convinced Europe’s consumers to insist that their governments embrace a “precautionary principle” when establishing rules regarding food health and safety. They want their regulators to err on the side of caution. That is what they did in this case and that is what the WTO ruled they could not do.

The essence of democracy is the right of citizens to codify their values and concerns into law. The WTO’s decision severely curtails that right and weakens the prospects for vibrant democracies.

The WTO did not prohibit the EU from imposing a ban on growth hormones for its own producers. But Europe cannot extend this ban to beef imports. This is clearly an untenable situation. Can it be that we have come to the point where free trade means allowing a nation to impose more restrictive regulations on its own producers but not allowing that nation to impose those same regulations on imports?

Once upon a time the most ardent free trader believed that nations could adopt their own health and safety laws so long as they applied them equally to imports and domestic products. The WTO decision changes the definition of free trade and our rights as citizens will suffer from that change.

It is both ironic and revealing that this redefinition of free trade, which began under Ronald Reagan, should find its culmination under Bill Clinton. No further proof is needed that when it comes to surrendering our rights as citizens to unelected and unaccountable global agencies, bipartisanship is alive and well in this country.

The Demise of Democracy? 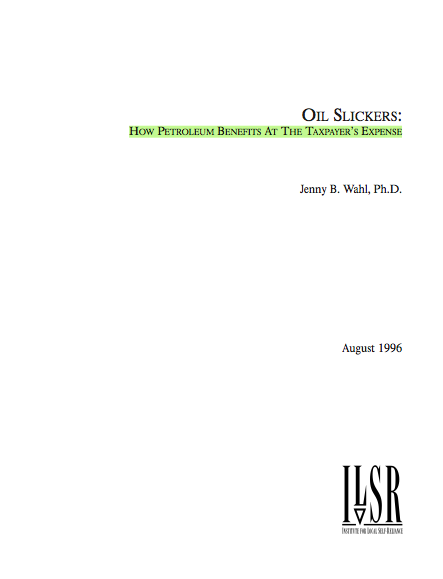