The Colonies of the Spanish American War

Exactly a century ago, the Spanish-American War transformed the United States into an imperial power. That “splendid little war”, as Secretary of State John Hays described it, lasted only 100 days. But its legacy continues to bedevil us.

In the aftermath of that war, the U.S. became a colonial power. We seizing the island nations of Cuba, Puerto Rico, Guam and the Philippines. In 1899 we annexed Hawaii.

In 1901, Cuba was granted a highly restrained form of nationhood. We formally arrogated to ourselves the right to intervene in its affairs and did so freely for many decades. In 1903 we received a permanent rent free lease for a huge naval base at Guantanamo Bay.

We granted the Philippines formal independence in 1946, but demanded a 99 year rent free lease for two huge military bases.

Guam has remained for one hundred years a “non self-governing territory”.

Puerto Rico ‘s political status is nearly undefinable. Since 1952, it is officially a “free associated state” of the U.S., whatever that means. Its residents do not pay federal taxes but they serve in the military. They cannot vote in federal elections if they remain at home but they are free to migrate to the mainland and if they do so they become full voting citizens.

Territorial conquest is addicting. It’s hard to let go of what in the days of empire were baldly called “our possessions”. Yet as our own historical experience makes clear, the desire for self-determination is ultimately unstoppable.

In 1986, a popular revolution swept Filipino dictator Ferdinand Marcos from office. The next year its new constitution included a provision that required Filipino consent for U.S. military base leases. In 1992, a very reluctant U.S. agreed to return those bases to Filipino control, but only after local opposition turned violent and Mount Pinatubo spewed thousands of tons of volcanic ash over the two bases.

In Hawaii, the movement for nationhood by native Hawaiians is gaining strength and stature. A decade ago “people laughed about sovereignty” says Mililani B. Trask, a lawyer who heads one of the leading sovereignty groups. “Now they’re scared as hell.”

In 1993, on the centennial of the overthrow of the Hawaiian government, Congress and the President formally apologized to Native Hawaiians for our involvement in that coup. Prior to western contact, says Hawaii Senator Daniel K. Akaka, “The kingdom of Hawaii was a sophisticated and self-sufficient culture that many people would envy. Since Western contact, a number of profound changes, including the overthrow and the loss of their land, have been devastating to the health and well being of the Hawaiian people.”

Professor Francis Anthony Boyle, an international law expert at the University of Illinois College of Law in Champaign believes the 1959 statehood vote by Hawaiians may have violated international law. If so, it would give Hawaii a strong legal case to secede.

As for Puerto Rico, a few weeks ago, after 11 hours of contentious debate, the House voted 209-208 to allow Puerto Ricans to decide in a referendum whether they want to become a state, an independent country, or remain in their present limbo status. The Senate has no plans to take up the issue.

Guam’s 130,000 people are less interested in statehood than in self-government. As Guam Senator Mark Forbes recently told Congress, the “status quo is unacceptable…No self-respecting people could accept as their ultimate fate a status that affords them no ability to govern themselves.”

Guam wants the same authority the Philippines have to just say no to American military bases that occupy about a third of its 212 square miles and constitute a key obstacle to a doubling of tourism, Guam’s biggest industry.

Cuba wants to regain control of Guantanamo Bay and be accorded the same privileges the U.S. offers to all other sovereign nations.

A hundred years ago, in the no-holds-barred age of imperialism, politicians routinely littered their speeches with the phrases, “manifest destiny” and “white man’s burden”. Today their rhetoric is far different. But their actions demonstrate how deep the colonial mentality is and how hard it is to relinquish the reins of power.

The Colonies of the Spanish American War

From the Desk of David Morris Does Community Matter? 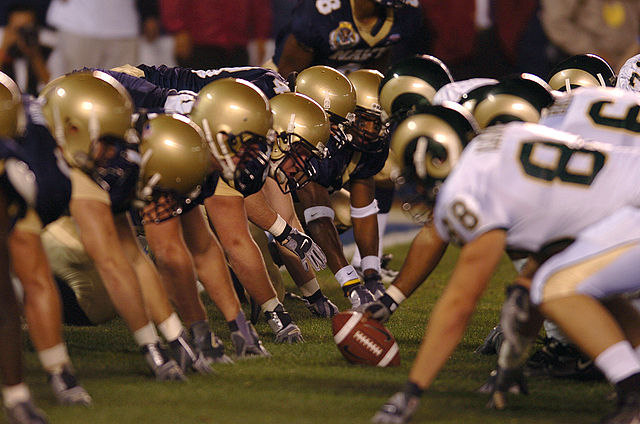