Located halfway between the state capital of Columbia and the port city of Charleston, Orangeburg County, South Carolina is among the more geographically blessed areas of the country. It’s also one of its poorest. Over a quarter of its population lives below the poverty line, with a per capita income of $17,579….

That’s why, in 2009, Orangeburg County applied for, and received, $18.65 million in stimulus money to finally give the area access to high-speed broadband internet. County Administrator Bill Clark and his colleagues envisioned a municipal, or muni, network that could reach roughly a quarter of Orangeburg’s rural population, including just over three thousand households and one hundred businesses. Such networks are thought to be a good option for vast, sparsely populated rural areas because laying cable across them is a costly proposition, one that’s hard for private companies to justify without a greater guaranteed return than such areas can typically provide. When cities, counties, or public utilities own and operate the networks instead, however, they can provide low-cost, high-quality access to the Internet to their residents. Localities can finance them through a number of avenues, including public-private partnerships or bonds.

But the titans of telecom aren’t operating on quite the same wavelength. Since last January, AT&T, CenturyLink, and Time Warner have contributed just over $146,000 to politicians in South Carolina who back legislation that would cripple networks like Orangeburg’s. It’s only one example of a broader campaign by telecom companies to protect their cartel at all costs—even at the expense of keeping the country’s poorest on the wrong side of the digital divide for many years to come.

While these laws do not ban muni networks, they do effectively regulate them out of existence. The industry’s argument blends two distinct strands that share similar DNA: that the public sector is too incompetent to do what private companies supposedly do so well, and when it tries, it is violating the basic precepts of limited government.

….Chris Mitchell, director of the Telecommunications as Commons Initiative at the Institute for Local Self-Reliance, regards the industry’s case as one of false equivalency. Telecoms “want to totally outlaw community networks. There’s no parallel to them on the other side—we’re not trying to outlaw Comcast.” Instead, “we want to preserve the community’s ability to decide.”

Why Are Telecom Companies Blocking Rural America From Getting High-Speed Internet? 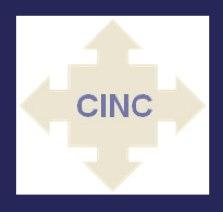