A groundbreaking new study, the Indie City Index, ranks all 363 metropolitan areas in the U. S. according to the vitality of their independent retail sectors.… Read More 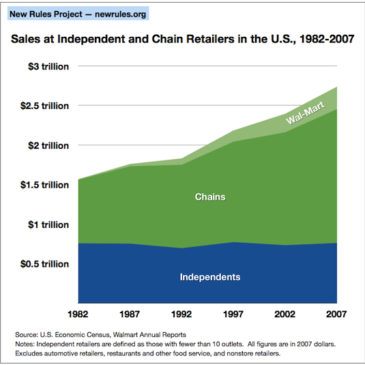 The good news is that overall sales at independent retailers grew by about 4 percent. The bad news is that chains grew faster and independents still lost market share, falling from 31 to 28 percent of retail spending. That decline in market share, however, was considerably slower in this five-year period than the preceding 20 years. Digging deeper into the new data, we found a number of interesting trends.… Read More

In the wake of Hurricane Katrina, many of New Orleans’ locally owned businesses reopened within days of the floodwaters subsiding, while national chains kept their distance for months, even years. Now a new study finds that the city’s independent businesses are not only more resilient, but generate twice the economic impact of big-box retailers like Target, while consuming a fraction of the land. … Read More

So far, the public debate about cars and climate change has been dominated by fuel economy. But driving has been growing at such a rapid pace that even a big advance in fuel economy is likely to be wiped out by ever more miles on the road. This is where local stores come in.  Dozens of studies have found that people who live near small stores walk more for errands and, when they do drive, their trips are shorter. … Read More

Shifting even a modest amount of consumer spending from chains to locally owned businesses would have a major impact on the West Michigan economy, according to a new study.… Read More

A new study commissioned by Local First Arizona reports that a purchasing contract with an independent local supplier recirculates three times as much money in the local economy as the same contract with a national firm. Local First Arizona is using the study to galvanize support for a legislative measure that would keep more of the public dollars spent on state contracts in Arizona. … Read More 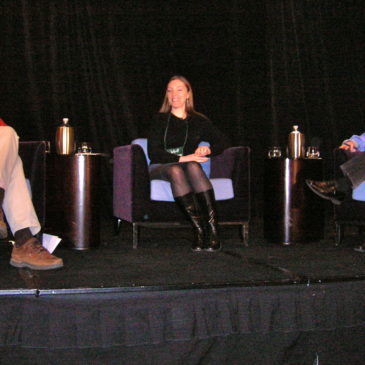 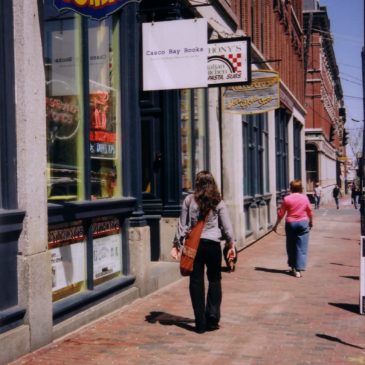 This lecture was delivered by Stacy Mitchell at the 26th Annual E.F. Schumacher Lectures in Stockbridge, Massachusetts.… Read More