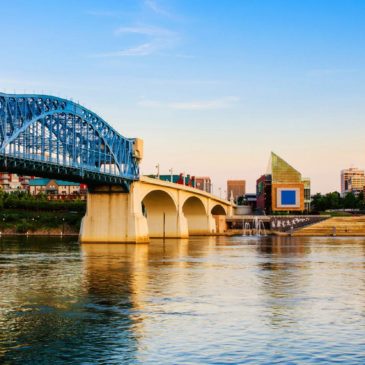 In May of 2017 we congratulated Chattanooga’s EPB Fiber for exceeding 90,000 subscribers and contributing to lower power rates for all (Electric Power Board) EPB customers. Now less than a year later, there is more to celebrate as EPB expects to reach 100,000 subscribers by Fall 2018 and is still lowering electricity costs for all customers.… Read More

In two cases, city-owned fiber optic broadband networks are providing crucial information and revenue to support the smart grid.  In every case, customer satisfaction ranks much higher than rate of return on investment (although every investment will pay back).

EPB, the municipal utility serving the Chattanooga [Tennessee] area, is close to completing its rollout of a fiber optic system that will make the utility the first Internet service provider in the nation to offer 1-gigabit-per-second service (see the Sept. 16 Public Power Daily)…the utility is preparing to install new reclosers on its distribution system that will use its fiber optic network to measure current and voltages, locate faults and open and close switches…The IntelliRupter reclosers and software made by S&C Electric Co. “will play a critical role in helping us reach our goal of a 40% reduction in customer outage minutes,” Wade said. Based on an Energy Department study, outages cost Chattanooga an estimated $100 million a year, he said…The information gathered by the new reclosers should help with transformer load management, cutting down on transformer maintenance and allowing the utility to replace transformers with smaller ones, Wade said.

In 2008, with the help of a consultant, the [Leesburg, FL] utility put together a smart grid business plan that projected operational savings of $900,000 for the city’s electric system and an additional $400,000 for the water system, he said. Then, in 2009, Leesburg became one of 33 public power utilities to win smart grid grants from the Department of Energy under the American Recovery and Reinvestment Act. The utility received $9.75 million (which it must match) for its smart grid project, plus a $1.4 million energy efficiency and conservation block grant…With the grants, Leesburg is installing smart meters for all of its 23,000 customers, plus more than 4,000 energy management systems that will allow customers to program when they operate their electrical appliances such as air conditioners and water heaters. With the goal of reducing peak demand, the utility will look at a variety of incentive rate plans… Leesburg plans to give its customers a guarantee that those opting for an incentive rate will not pay more than the utility’s flat rate, he said. “The folks that want to participate, we want to reward,” he said.

Ponca City has 155 miles of fiber that connects eight towers, a wireless mesh system with 500 WiFi radios, and 28,000 electric and water meters, said Technology Services Director Craige Baird. That robust communications system provides a variety of benefits. After the utility replaced all of its meters, it found a lot of losses and recouped almost $500,000 in the first year in back sales, he said.

For more on the value of publicly-owned broadband networks, see Muninetworks.org, run by our ILSR colleague Christopher Mitchell.