MPR News recently ran two stories on the trials and tribulations of new and prospective broadband networks. Conrad Wilson’s story about the continuing Monticello drama and Jennifer Vogel’s account of factors affecting the American Reinvestment and Recovery Act (ARRA) projects give us a good idea of the many hurdles in the way of building new fiber-optic … Read More 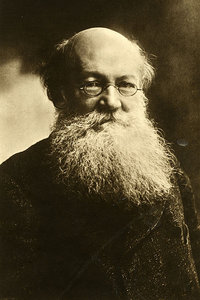 On February 8, 1921 twenty thousand people, braving temperatures so low that musical instruments froze, marched in a funeral procession in the town of Dimitrov, a suburb of Moscow. They came to pay their respects to a man, Petr Kropotkin, and his philosophy, anarchism. Some 90 years later few know of Kropotkin. And the word anarchism … Read More

A strong and smart grid can be developed with distributed renewable energy, without need for new high-voltage transmission.  This 6-minute video explains how.… Read More

Congratulations on your historic election. Now the truly heavy lifting begins. You have declared your intention to make "a new energy economy" your "No. 1 priority." We urge you to follow a path that leads not only to changes in the fuels underpinning our energy system but also to changes in the structure and dynamic of that system.

When Local Became the New Organic By David Morris, originally published in Minnesota Law and Politics, August 2008 We can pinpoint with some precision the date the local food movement came of age: Dec. 15, 1997. That day the United States Department of Agriculture finally issued the organic standards that Congress had said it required back … Read More

Be suspicious of megamall subsidy Federal tax law discourages individual investment and local ownership of turbines. By David Morris, originally published in the Minneapolis Star Tribune, May 2, 2008 The almost-certainly-soon-to-be-passed $370 million tax subsidy to the Mall of America is the kind of initiative that makes people wonder whose side government is on. Here’s what … Read More