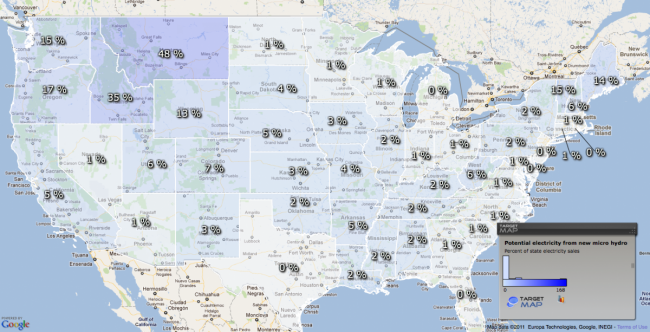 Israel dealt with a similar debate, whether to adopt the Feed-in-Tariff method or the bidding method to promote the generation of renewable energy into the grid. While the electricity Authority (the equivalent body in Israel for NERSA) supported the REFIT process and the Ministry of National Infrastructures (the equivalent to the Department of Energy) and the Ministry of Finance preferred the Bidding process. Israel decided to publish REFIT in 2008, while issuing few tenders in the bidding process.

While the bidding based projects are not making big progress the REFIT based projects generate 100 MW of small systems today, an approved accumulated capacity of 150 MW that will be implemented soon. Quota of 300 MW for medium size plants was published, projects with the accumulated capacity of 200MW where given licenses and other are awaiting approval â out of 1.3 GW of proposals.

Tenders in the bidding process published in 2008 and no one was awarded the contract yet. There is only one participant in each one of in two tenders for CSP plants (100MW each). There is also a tender for a PV plant (30MW) but bidders didn’t submit their final proposals yet.

Advantages of the REFIT process over the bidding process:

1.    Promotion of entrepreneurship and job creation: The Bidding process limits the game to few big players and excludes the small ones. The REFIT process allows to small and medium companies to participate. Israel developed an entire new renewable energy industry with close to a 100 active companies.

2.    Efficiency: In bidding process the government becomes very involved and often intervenes in engineering and technological issues that is not capable to deal with. That creates delays and complications in the process.

3.    Meeting the targets: Publishing tenders takes a lot of time, often much more than expected. That can result in not meeting the schedule targets. There is also a fear that companies that will lose the tenders will appeal to court and create more delays.

4.    Simple rules of the game: the REFIT process puts together very simple rules that make it more transparent and easy to deal with.

5.    The disadvantage of the REFIT process is that prices set at the beginning of the process do not reflect reduction in costs for the developers in the future. The solution is to publish quotas and a gradually decreasing REFIT.

All countries in Europe have decided to adopt the REFIT method. Israel found it as the most efficient way to promote renewable energy.

Dr. Ilan Suliman, former Vice chairman of the Israeli Electricity Authority has helped in putting these points together.

I received this information via email, but it’s also available here.

Just a reminder that while Texas swelters and its electric grid sags, rooftop solar PV alone could meet 35 percent of the state’s electricity needs. Map from Energy Self-Reliant States: State Potential Rooftop PV: Not only is the potential high, but the cost is low.  The levelized cost of solar is just 14 cents per kilowatt-hour … Read More 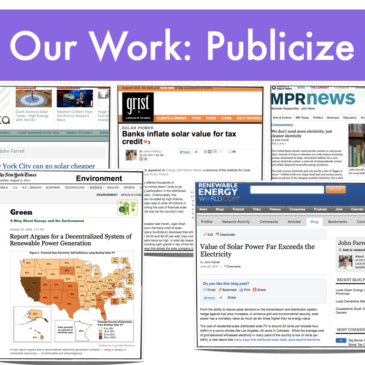 Find out why and how ILSR has been helping communities maximize the value of their local energy resources for nearly 40 years: ILSR’s Remarkable Energy Self-Reliant States and Communities program View more presentations from John Farrell A recently released solar map of New York City found enough room for solar panels on building rooftops to power half the city during hours of peak electricity use.  And the city is not alone.  Almost 60 million Americans live in areas where solar prices are competitive with retail electricity costs, and this kind of local … Read More

A serialized version of our new report, Democratizing the Electricity System, Part 4 of 5. Click here for: Part 1 (The Electric System: Inflection Point) Part 2 (The Economics of Distributed Generation) Part 3 (The Political and Technical Advantages of Distributed Generation) Download the report. Regulatory Roadblocks / The Political System Despite technology’s march toward more … Read More

A serialized version of our new report, Democratizing the Electricity System, Part 3 of 5. Click here for: Part 1 (The Electric System: Inflection Point) Part 2 (The Economics of Distributed Generation) Download the report. The Political and Technical Advantages of Distributed Generation While technology has helped change the economics of electricity production (in favor of … Read More