At least 32 states can get 25% or more of their electricity from wind power within their own borders.  This map is updated from our 2010 report and namesake, Energy Self-Reliant States.  Click here for a larger version. 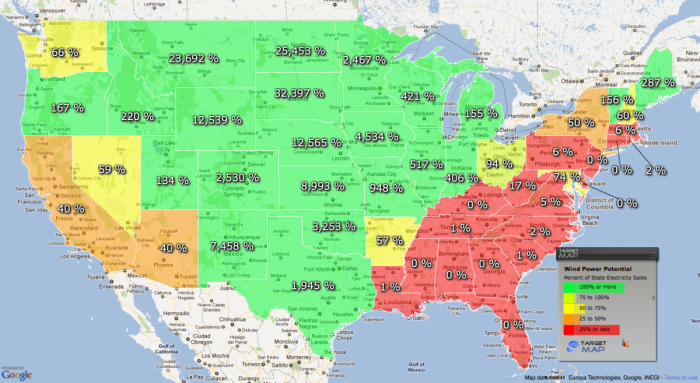 The only updated figure is Maryland, due to a new report on its offshore wind potential. 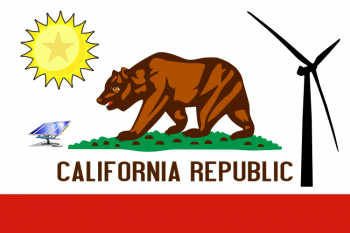 A short slide deck providing a “101” on Property Assessed Clean Energy (PACE) financing, a status update on the legal challenges, and some of the policy design issues we explored in our report on Municipal Financing Lessons Learned.

This is the best video you will ever see supporting a state solar energy standard, submitted for a contest hosted by Environment Minnesota.

For more information on the solar energy standard for Minnesota, see Environment Minnesota’s website as well as Solar Works for MN.

With a ruling that the Federal Housing Finance Agency (FHFA) must do a formal rulemaking on its 2010 decision to torpedo the innovative local finance tool for energy efficiency and clean energy retrofits, a federal judge gave Property Assessed Clean Energy (PACE) financing new life.

Earlier this year, it looked as if prospects were bleak for PACE in 2011, with some progress on Commercial PACE and a new director at advocacy organization PACENOW, but agonizingly slow steps on federal legislation and litigation.

Today’s ruling means FHFA has to start over, but it does not overturn the agency’s 2010 advisory against PACE, leaving the program in limbo until the formal rulemaking is complete.  Here’s hoping PACE finally wins through, a great tool for saving energy and creating jobs at the local level. 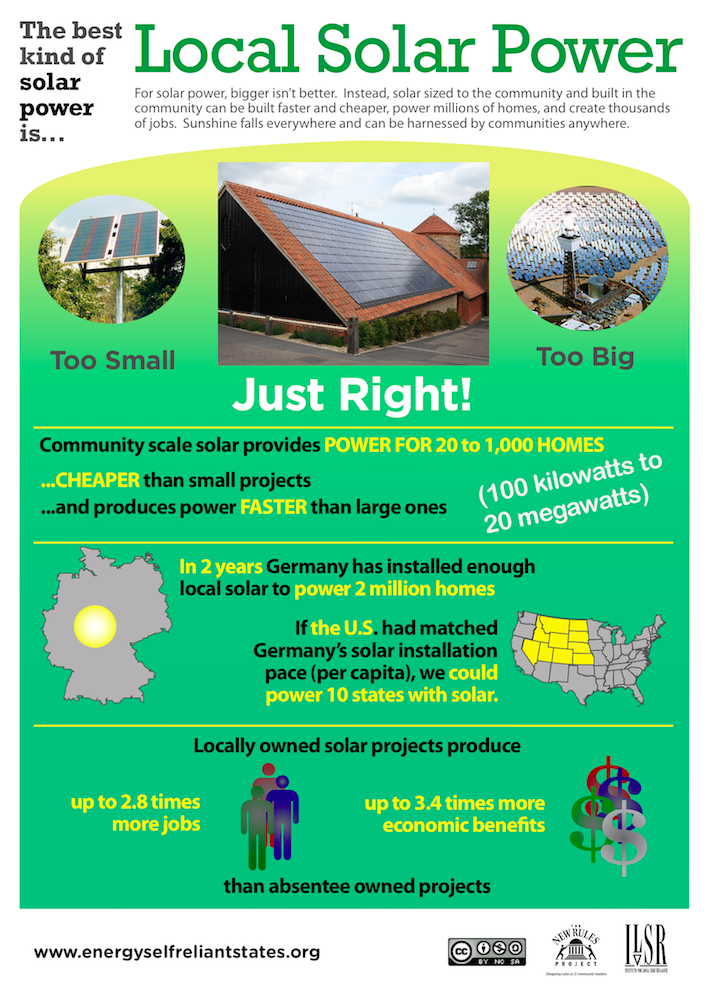 Update October 2012: The 2011 Wind Technologies Market Report shows weak, but consistent economies of scale in wind power projects. It seems obvious: every extra turbine in a wind farm comes at a lower incremental cost, making the biggest wind power projects the most cost effective per kilowatt of capacity. If you bet $20 on that … Read More

Jerry Brown led off his conference of 250 high level renewable energy stakeholders July 25-26, 2011 by calling for a “more secure, more sustainable, more American” energy system. The conference was organized to help chart the path to 12,000 MW of local renewable power by 2020, as called for by the Governor.

Key to achieving the 12,000 megawatts will be overcoming significant obstacles, among them being bureaucratic approval and permitting barriers, grid integration and interconnect difficulties, and finding appropriate amounts of investment capital. And, of course, building political consensus.

The conference started off with a bang as the governor, referring to some of these obstacles, blatantly asserted that “some kind of opposition you have to crush.”

With that auspicious beginning, and after the Governor and press cameras had departed, two intensive days of deliberation began. The by-invitation-only participants consisted of about 50% renewable industry representatives and consultants, 25% government personnel (the governor’s staff, energy agency commissioners and staff, a few legislators, and county and regional agency representatives), and the remainder representing  investor-owned and municipal utilities, a few unions, financial institutions, environmentalists, and a smattering of decentralized/distributed generation advocates.

There seemed to be a great deal of consensus at the conference about the need to streamline renewable energy project approvals across the plethora of government agencies that are often involved, and also about the need for utilities to be more forthcoming about technical data required by project developers. There was much less consensus, however, about what kind of projects would be developed, where, and by whom.

In fact, the main contention at the conference was between those who emphasized least cost of energy as the main criteria for decentralized generation projects and those who stressed other values, such as local economic development, jobs, equity, community health, and the like. The conflict was framed in many ways, but emerged most directly between those parties who advocated for large projects (5 – 20 MW) through a renewable auction mechanism (RAM and those who advocated for community-scale projects (0 -5 MW) promoted through a feed-in tariff mechanism.

Not surprisingly, the utilities and big developers like Recurrent Energy were pushing the least-cost criteria, calling for the 12,000 MW to be developed as larger 10 -20 MW ground-mounted solar PV projects close to transmission substations and selected through a RAM program. Surprisingly, they were joined by The Utility Reform Network (TURN), which argued that this approach would result in the least cost of energy and hence best protection of ratepayers.

The other side included the Los Angeles Business Council, the California Environmental Justice Alliance, the Clean Coalition, the Local Clean Energy Alliance, Solar Done Right, and other long-time decentralized generation advocates who called for the 12,000 MW to be developed as smaller-scale projects in urbanized areas where economic recovery, jobs, equity, and health are key goals. These parties argued for a comprehensive feed-in tariff program that would promote this type of local renewable development. They also argued against the prevailing assumption that larger scale projects are less expensive, pointing not only to rapidly declining prices for solar PV installations, but to a fuller set of socio-economic costs and benefits, which the big players conveniently ignored.

This is a question for which the stakes are high; whether California will go down the old road (simply calling it something new) or whether it will take a qualitatively different approach. If the representation of invitees at this conference is indicative of the Governor’s leanings, there is reason for concern, if not alarm. Despite Brown’s campaign platform of more democracy and more local control, there was very little community present at this conference.

A political battle over who will benefit from decentralized/distributed generation of renewable energy is shaping up. This is a battle for which our communities will need to mobilize if we are not to be first marginalized and then regarded as an opposition to be crushed. 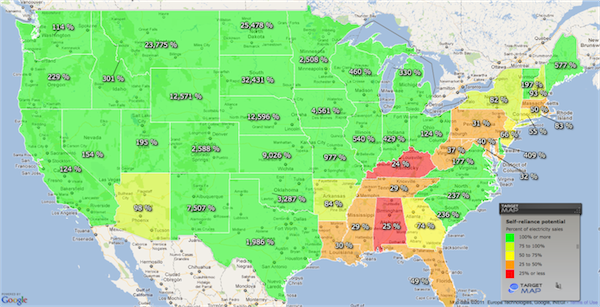