We all agree that a 100% renewable energy system is preferable.  But we don’t need a new, high-voltage transmission network now to reach that goal, and it’s far from clear that we’ll need it in the future.  … Read More

This statement is heresy in the green community, but there’s a danger that the increasing focus of green energy advocates on a new nationwide transmission superhighway may undermine the pursuit of near-term renewable energy goals.

Just as railroads and highways were the essential infrastructure for development in the 19th and 20th centuries, broadband networks will be essential for 21st-century competitive economies. Small cities and even isolated, rural communities that have strong educational systems and human talent will be able to compete in the new global information economy.

West Virginia’s beautiful mountains and valleys, coupled with low density make most of the state an unattractive investment for private phone and cable companies. Fortunately, no community has to be left behind, each can seize the future with smart public investments.

This should not come as a surprise. Local and state governments built our roads. Thousands of rural communities gained access to electricity through publicly owned networks. 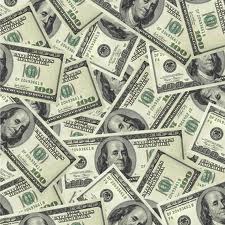 Consider: Which of these sectors is the one really doing a number on society? At the birth of the American republic, the word “private” had a sinister connotation. Derived from the Latin privare, meaning to reduce or tear apart, it described behavior often contrary to the public interest. In the late 18th century, a pirate was called a privateer. Today “private” has become a positive, even boosterish word, while “public” carries a shady undertone. “Private sector” has become synonymous with efficiency and innovation, while “public sector” connotes bloat and unresponsiveness, even corruption.… Read More

The PUC has an approval process that stacks the deck against the public.

A few days ago the Minnesota Public Utilities Commission (PUC) approved a massive high voltage transmission project (known as CapX) that will cost Minnesotans an amount equal to the projected biennium state budget deficit and four times the total bill to taxpayers for the Gopher and Twins stadiums.

Come Tuesday, North St. Paul residents have the opportunity to become the first metro-area community with a nextgeneration network connecting every home and business. This network will offer a unique experience in the Twin Cities, an advanced broadband network similar to what tens of millions use on a daily basis across the rest of the developed world.

North St. Paul has asked its citizens to approve $18.5 million in bonds to build a fiber-to-the-home network called PolarNet. Bonds will be repaid by the revenue from citizens subscribing to phone, television, and its blazing fast Internet connection provided by an established company based in Minnesota.

The federal tax credits for renewable energy have been a major barrier to widespread ownership of renewable energy. The production tax credit, for example, can only be taken against passive income, a type of income that very few of us actually earn. Accelerated depreciation or investment tax credits can be taken against ordinary income –slightly better – but again the credit provides more benefit the higher one’s tax bracket and the more tax liability one has. The overhead costs in aggregating sufficient tax equity to finance wind and solar projects have proven very high. Nevertheless, to date the industry has grown rapidly based on this inefficient and cumbersome arrangement.

Theeconomic downturn, however, has all but eliminated the ability of renewable energy projects to sell their tax credits. The result is that in mid-January, AWEA and SEIA joined an increasing call to move toward refundable tax credits.

At a time when most of the United States has slower, more expensive Internet connections than our overseas competitors, communities across the country have responded with initiatives to build the infrastructure of the 21st century. And then they have been sued.

Monticellois hardly the first community where an incumbent provider believes it alone should decide how that community connects to the world. Lafayette, a conservative city in Louisiana, spent several years in the courts before it could break ground on a publicly owned citywide network. Cajun culture did not allow for giving up on the project. Nice Minnesotans should do no less.