Just as CSAs have played a key role in the rebirth of small-scale farms, so too are new community-supported enterprise models helping to launch a new generation of independent grocers, bookstores, and other neighborhood businesses. … Read More

When a small publisher recently agreed to let Amazon.com be the exclusive seller of a new book about Barack Obama, the deal sparked a flurry of protest from independent booksellers and provided new evidence that the e-commerce giant intends to leverage its power as a retailer to gain more control over the production and distribution of books.… Read More

The 2006 openings followed the launch of nearly 90 bookstores in 2005. “2005 was the first year in memory that there were a significant number of new store openings,” said Oren Teicher of the American Booksellers Association. The locations of the new stores spanned 35 states and included a wide range of cities and small towns, from Los Angeles to Pierre, South Dakota, and Homer, Louisiana.… Read More

In this Q&A with Bookselling This Week, Stacy Mitchell talks about how big chains benefit from government favoritism and misperceptions about price and value. … Read More 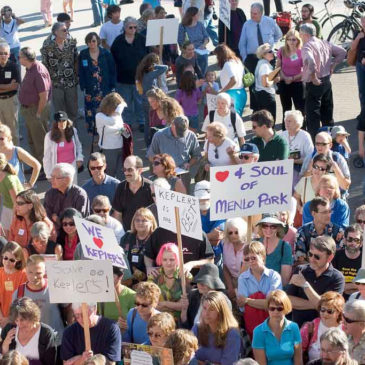 Just one month after its abrupt closing, Kepler’s Books and Magazines in Menlo Park, California, has reopened thanks to an outpouring of support from the community. … Read More

Borders Books & Music has abandoned plans to build a superstore on the corner of Sixth and Lamar in downtown Austin, Texas. A community organization, Livable City, had joined local business owners in fighting the development, which was to be built across the street from two long-standing independent stores, BookPeople and Waterloo Records. The city had set aside $2.1 million in public subsidies for the project.… Read More

The now defunct Intimate Bookshop of North Carolina has filed suit against Barnes & Noble and Borders Books alleging that the chains used their market power to pressure publishers for special discounts and terms unavailable to other retailers. According to documents filed in the case by Intimate’s attorney, Carl Person, the chains received an effective discount of 60 percent off the cover price, compared to only about 40-46 percent given to independent bookstores. … Read More