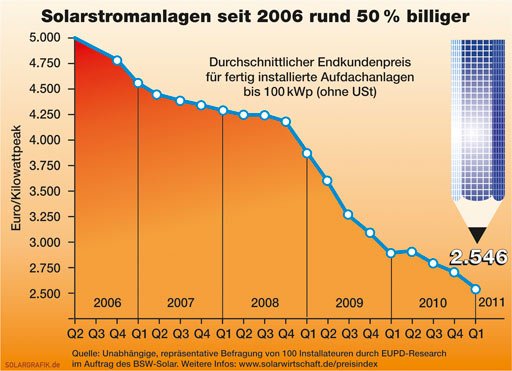 For comparison (as in the first post), here’s the average installed cost for under 10 kW rooftop solar PV in the United States, by state.

Chart is from page 19 of the brilliant report, Tracking the Sun III: The Installed Cost of Photovoltaics in the U.S. from 1998-2009 (large pdf).

Did I also mention that the German policy (a feed-in tariff) driving solar costs down only costs German ratepayers the equivalent of a loaf of bread per month?  In the U.S., the federal renewable energy incentives cost $4 billion in 2007, or about $3.17 per household per month (or about the same price as an Italian baguette).

There’s only way to describe this German success: wunderbar!

Most renewable energy advocates are familiar with feed-in tariffs, also known as CLEAN Contracts.  They offer standard, long-term contracts for renewable electricity with prices sufficient to allow producers to get a reasonable return on investment (in Germany, it’s 6 to … Read More

Last week we noted how distributed (solar PV) generation scales, highlighting the 3,000 megawatts of solar PV that Germany installed in 2009, over 80% on rooftops.

Of Germany’s 27,000 megawatts of wind power projects (3rd most in the world and most per capita), nearly 90% are smaller than 20 megawatts, with most between 1 and 5 megawatts. 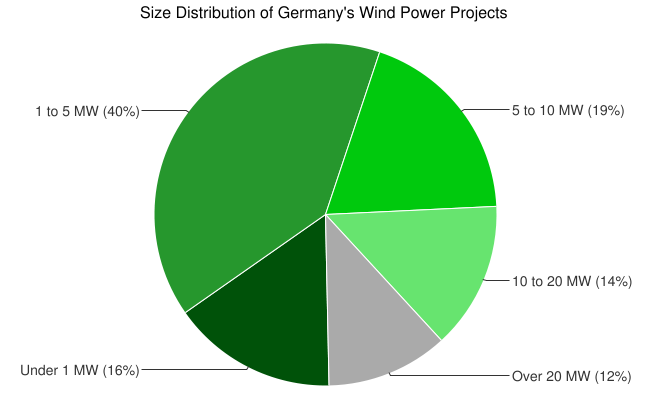 The small projects are also a significant portion of total capacity, with 20 MW and under wind projects contributing half of total wind power capacity. 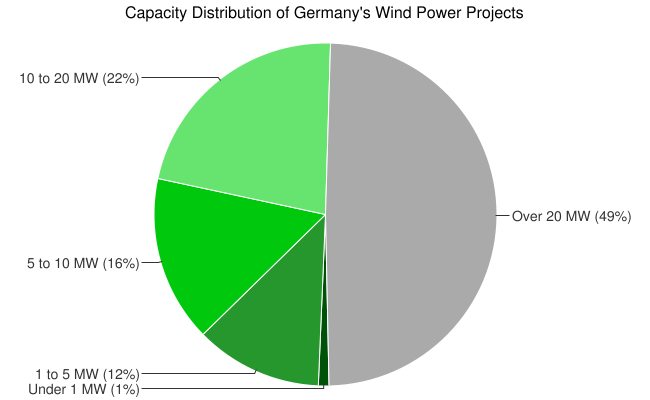 Updated 1/28/11: Talk about distributed generation!  In Germany in 2009, nearly 1 in 5 solar PV systems went on residential rooftops and 60% was installed on small to medium residential or commercial buildings. 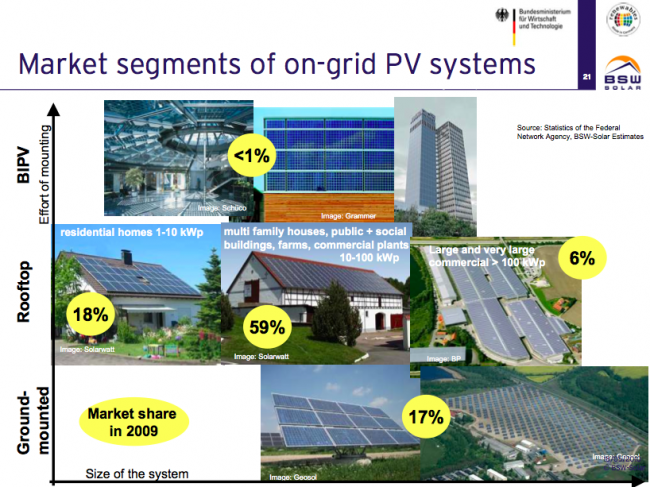 Distributed generation (DG) puts energy production close to where it is consumed, often on people’s homes or in their backyards.  But just having a rooftop solar module doesn’t mean that every kilowatt-hour produced from sunlight is used in the home.  … Read More

In September, Wal-Mart was hit with three separate charges of predatory pricing. Government officials in Wisconsin and Germany accused the retailer of pricing goods below cost with an intent to drive competitors out of the market. In Oklahoma, Wal-Mart faces a private lawsuit alleging similar illegal pricing practices. … Read More