The Germans have proposed significant revisions to their landmark renewable energy policy, the feed-in tariff, and the proposed prices should make Americans wonder why solar still costs so much on this side of the Atlantic. After a significant step-down in … Read More 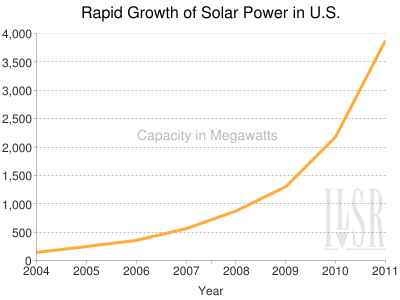 What if installing more solar could reduce electricity prices? It’s already happening in Germany, world leader in solar power, and it’s likely to happen in the U.S., too. 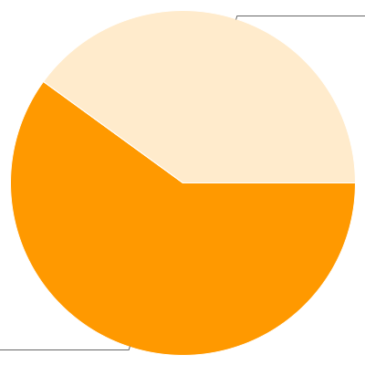 Conducted by market research institute Forsa on behalf of municipal utilities in Germany, the survey found that 61 percent of Germans are willing to pay more for their power if the extra cost helps ramp up the share of renewables. Public acceptance even extends to acceptance of wind turbines “in my backyard”; 54 percent of those surveyed said they would find it “good” or “very good” if a wind turbine were set up nearby.

Germany is the unquestioned world leader in renewable energy.  By mid-2011, the European nation generated over 20 percent of its electricity from wind and solar power alone, and had created over 400,000 jobs in the industry. The sweet German success … Read More 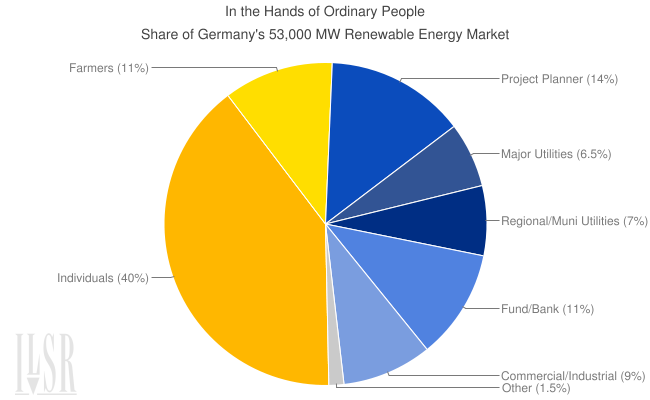 Energy policy matters, a lot.  The Germans have a comprehensive feed-in tariff, providing CLEAN contracts to anyone who wants to go solar (or wind, or biogas, etc).  The U.S. has a hodge-podge of utility, state and federal tax-based incentives.  What does that mean?

Much cheaper German solar. In fact, it’s like having your favorite craft or microbrew beer at a price that beats Budweiser.  From a study of U.S. solar prices reported in Renewables International:

Perhaps most surprisingly, the study found that the planned arrays larger than one megawatt have an average installed price of $4.50 per watt, with only a third of the systems in the pipeline coming in at prices below four dollars per watt. As Renewables International reported in January, the installed system price of photovoltaics in the US was easily 60 percent above the level in Germany in 2010 for equivalent system sizes (arrays smaller than 100 kilowatts).

Here’s a chart illustrating that cost differential, with the German prices updated for the 2nd quarter of 2011. 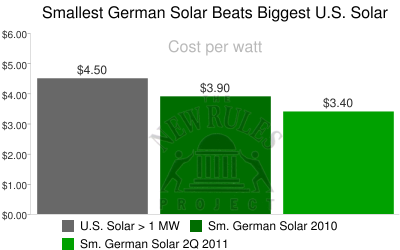 If the German solar prices are wunderbar, that makes the U.S. “furchtbar.”

If Germany’s 16 federal states had each enacted their own renewable energy legislation, we’d have far less solar energy usage. I often tell people that Germany has 400 types of beer and one renewables law, while the situation in the United States is the other way around.

After winning a high-stakes standoff against Amazon last year, publishers are now setting the prices that retailers can charge for their e-books.

At first blush, one might assume that such price-fixing would result in higher prices. But the evidence from more than a dozen European countries, where laws have long prohibited selling both print and electronic books below a set price, clearly shows that publisher-mandated pricing saves consumers money. It also fosters a more lively and competitive book industry, with far more books published and many more independent bookstores open than in countries where big retailers control pricing.… Read More

A new article in the journal Energy Policy supports the notion that local ownership is key to overcoming local resistance to renewable energy.  The article summarizes a survey conducted of two towns in Germany, both with local wind projects, but only one that was locally owned.  The results are summarized in this chart: 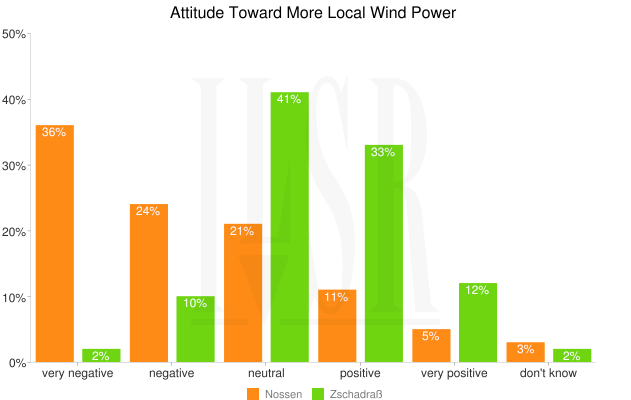 Guess which town has the locally owned project?