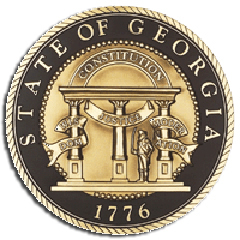 We are hearing that SB 313 in Georgia, AT&T’s bill to overrule local authority, will be turned into a study bill. Despite the strong support of the Senate Majority Leader, the bill lost su…… Read More

The latest addition to our Community Broadband Network Map is Indianola, Iowa. The Indianola Municipal Utilities own a network that a private partner, MCG, presently uses to offer services to …… Read More

The 2012 Broadband Communities Summit will be at the InterContinental Hotel in Dallas April 24-26. I will be there and am excited for the Open Access Program as well as the Economic Developme…… Read More

With AT&T continuing to push H.3508, a bill to further erode local authority over broadband and ensure AT&T faces no competition in areas of the state, a number of corporations have sig…… Read More

The USA Today occasionally covered the Lafayette muni fiber network fight as Cox and Bellsouth used every dirty trick conceivable against the community to shut it down. Reporter Rick Jervis lo…… Read More

Prior to Chattanooga’s gigabit announcement, Amazon had no considered that region as a location for the distribution center they would looking to put in the southeastern U.S. But they saw the …… Read More

The following news report suggests that some in Knoxville, Tennessee, are starting to get a little jealous of the incredible FTTH network built by Chattanooga’s publicly owned electric company….… Read More

We have been trying to keep close track of the recent group of communities building incremental, publicly owned, open access fiber networks — which often starting with connections to businesse…… Read More 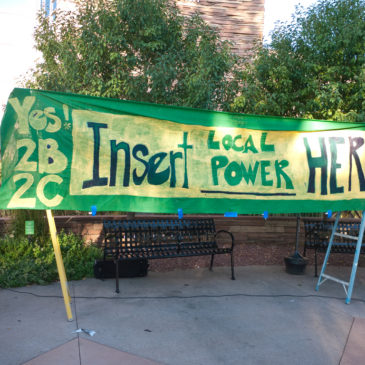 By a razor-thin margin, Boulder citizens gave the city a victory for energy self-reliance on Tuesday, approving two ballot measures to let the city form a municipal utility.  If the city moves ahead, it would capture nearly $100 million currently spent on electricity imports and instead create up to $350 million in local economic development by dramatically increasing local clean energy production.

The stage was set over several years, as the city’s multiple pleas for more clean energy were given short shrift by the incumbent electric utility, Xcel Energy.  Instead of meeting local demands for more wind and solar power, Xcel instead financed a new coal power plant and told Boulder that it could have more wind power only if it paid extra, and paid when the wind didn’t blow.  In response, the city authorized two measures for the Nov. 1 ballot to allow the city to pursue municipal clean energy production.

The campaign was enormously lopsided.  Xcel dumped nearly $1 million into a vote ‘no’ campaign,  outspending local clean energy supporters by a 10-to-1 margin and spending nearly $77 for each no vote.  On the flip side, nearly every local business or newspaper endorsement (and nearly 1000 individual citizen endorsements) supported a ‘yes’ vote.  Despite the financial disadvantage, the local grassroots groups won, though their margin of victory was less than 3%.

The victory margin was small, but the clean energy and economic opportunity is enormous.  According to a citizen-led and peer reviewed study, the city could increase renewable energy production by 40 percent from multiple, local sources without increasing rates.  In contrast to the $100 million in revenue sent to Xcel under the current arrangement, the economic value of local energy production and ownership could multiply within the city’s economy to as much as $350 million a year, according to research by the National Renewable Energy Laboratory.

If the city uses its new authority to become a utility, future generations may look back at 11/1/11 as the shot heard round the world – a shot fired for clean, local energy – and ask why more Americans didn’t “go Boulder” sooner.