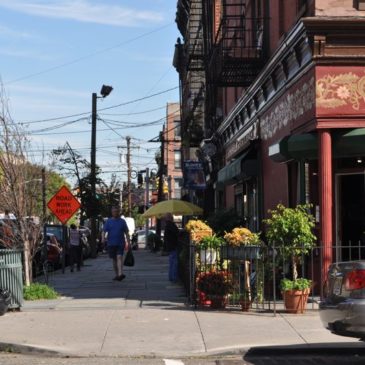 In downtown Jersey City, a familiar story is playing out: Independent business owners have helped foster neighborhood growth, and now, chain stores are interested in sweeping in with their own locations. What’s different in Jersey City is that the city has taken proactive steps to check this common cycle, and instead, build a model that allows for more opportunity for local entrepreneurs.… Read More

An article in the October 2003 issue of Consumer Reports opens with the following recommendation: "If you’re among the 47 percent of Americans who get medicine from drugstore giants such as CVS, Eckerd, and Rite Aid, here’s a prescription: Try shopping somewhere else. The best place to start looking is one of the 25,000 independent pharmacies that are making a comeback throughout the U.S." The article highlights the results of a year-long survey of more than 32,000 readers about their drugstore experiences.… Read More

After more than a decade of decline, independent pharmacies are beginning to make a comeback. Last year, 244 new independent pharmacies opened, according to the National Community Pharmacists Association (NCPA). By comparison, the top three pharmacy chains had a combined increase of 234 stores last year. Walgreens posted a net gain of 344 new stores, CVS was up 35 stores, and Rite Aid had a net loss of 145 stores. The increase in independent pharmacies is a sharp turnaround from the last decade. … Read More

A firestorm of protest has swept the Hudson River region of New York in response to CVS’s plans to open stores in nearly a dozen village centers. Having saturated strip malls and highways, chain drugstores in recent years have focused increasingly on Main Street locations. In the Hudson region, CVS has cut deals to lease sites formerly occupied by grocery stores in several village centers. Ten of the sites were Grand Union outlets, a regional grocery chain that recently filed for bankruptcy. … Read More