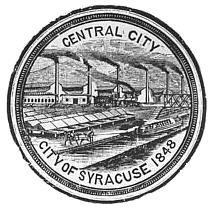 Syracuse, a city long frustrated by its lack of broadband options and in thrall to a monopolistic cable incumbent Time Warner Cable, is facing an even bleaker future. Comcast’s proposed merger with Time Warner Cable would shift Syracuse residents who need broadband from one of the two most hated companies in America to the other, while of course also ensuring that the combined company is even larger and more influential. Verizon gave up plans to compete in the Syracuse market several years ago when it ceased expanding FiOS.

Fortunately for Syracusans, mayor Stephanie Miner doesn’t appear to be taking all this lying down. A Post-Standard article from Monday reports the mayor is considering plans for a city-owned fiber optic system that could bring gigabit connectivity to the area:

“I’m putting together a plan that we can do it ourselves, as a community,”

Syracuse has had rumblings of interest in municipal broadband for years, including a citizens group called the Syracuse Community Broadband Initiative that advocated and educated locals on the topic. Now, with mayor Miner’s comments, it appears the idea is again gaining traction.

Miner’s plan seems to be in its very early stages, with little in the way of specifics yet:

"Would we have to do that in phases? What would that look like? How would we pay for it? What would the model be? Those are all things that we are currently looking at, '' Miner said.

Stop the Cap has a take on the issue as well. We hope to hear more details in the future as mayor Miner develops her plan.