Dr. Susan Holmberg is a political economist and the Senior Editor and Researcher on the Independent Business team at ILSR. She writes on corporate power, small business, inequality, systemic racism, and climate change.

For the Financial Times, Susan reported on how Big Tech is killing innovation, which Martin Wolf said was one of the best pieces on breaking up Big Tech that he’s read. She wrote about putting U.S. workers on corporate boards for The New York Times. She also co-authored, with ILSR co-director Stacy Mitchell, for The Nation on Why the Left Should Ally With Small Business — about how progressives could build an alliance of labor and small businesses to win the fight against corporate power.

Alongside her Independent Business team, Holmberg also authored the report Rebuilding Small Business for a Robust Recovery, a federal policy agenda for the Biden administration.

Susan also manages our research and publications, which highlight the impacts of monopoly power throughout the economy; spotlight the ways small businesses democratize economic power and enhance economic performance; and profile the federal, state, and local policies that level the playing field for small businesses. Susan was the lead editor, and a contributor, on the ILSR-wide resource Fighting Monopoly Power. The guide offers an in-depth look at several crucial sectors — agriculture, retail, energy, waste, etc. — describing exactly how corporate control has risen and manifested in these industries and its consequences for economic justice, racial equity, climate, and communities.

Prior to ILSR, Susan was Research Director and a fellow at the Roosevelt Institute, where she helped push a bold progressive economic framework and agenda. At Roosevelt she co-authored, with Nobel economist Joseph Stiglitz, Rewriting the Rules of the American Economy and, with Andrea Flynn, Dorian Warren and Felicia Wong, The Hidden Rules of Race: Barriers to an Inclusive Economy.

Susan has also written for The Atlantic, Time, Democracy Journal and more.

Susan also holds a Ph.D. in economics from UMass, Amherst. 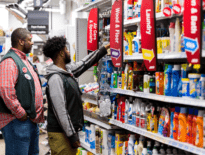