While a racially-charged controversy swirls loudly around the Los Angeles City Council, a new study lays bare how low-income communities of color are impacted by the quiet business decisions of the region’s monopoly Internet service provider.

Slower and More Expensive/Sounding the Alarm: Disparities in Advertised Pricing for Fast, Reliable Broadband details how Charter Spectrum “shows a clear and consistent pattern of the provider reserving its best offers – high speed at low cost – for the wealthiest neighborhoods in LA County.”

Authored by Digital Equity LA, a coalition of more than 40 community-based organizations, the study not only highlights how economically vulnerable households in LA County pay more for slower service than those in wealthy neighborhoods, it also provides evidence for how financially-strapped households are also saddled with onerous contracts and are rarely targeted by advertisements for Charter Spectrum’s low cost plans.

A leading voice behind the Digital Equity LA initiative – Shayna Englin, Director of the Digital Equity Initiative at the California Community Foundation (CCF) – notes that higher poverty neighborhoods (which tend to be mostly made up of people of color) pay anywhere from $10 to $40 more per month than mostly white, higher-income neighborhoods for the exact same service.

The study, which focused solely on Internet-only subscriptions, analyzed data from 165 residential addresses – at least one address from every city and a sample from across the unincorporated communities in the county. For each address, in addition to documenting service offerings and pricing, the study also correlates the poverty rate and percentage of non-white residents in the county’s census tracts.

More than an exposé, the study also issues four separate calls to action directed at city leaders, state officials and lawmakers to address:

You can also listen to Shayna Englin discuss the study and the grassroots efforts underway to address digital inequity in LA County with our own Christopher Mitchell on our Community Broadband Bits podcast here.

While the Digital Equity LA study focused on LA County and Charter Spectrum, when The Markup, a non-profit news outlet, conducted a similar investigation across the nation, they found that “AT&T, Verizon, EarthLink, and CenturyLink disproportionately offered lower-income and least-White neighborhoods slow Internet service for the same price as speedy connections they offered in other parts of town.”

In a story co-published with the Associated Press, The Markup explained how they had “gathered and analyzed more than 800,000 Internet service offers from AT&T, Verizon, Earthlink, and CenturyLink in 38 cities across America and found that all four routinely offered fast base speeds at or above 200 Mbps in some neighborhoods for the same price as connections below 25 Mbps in others.”

The neighborhoods offered the worst deals had lower median incomes in nine out of 10 cities in the analysis. In two-thirds of the cities where The Markup had enough data to compare, the providers gave the worst offers to the least-White neighborhoods.

These providers also disproportionately gave the worst offers to formerly redlined areas in every one of the 22 cities examined where digitized historical maps were available. These are areas a since-disbanded agency created by the federal government in the 1930s had deemed ‘hazardous’ for financial institutions to invest in, often because the residents were Black or poor. Redlining was outlawed in 1968. 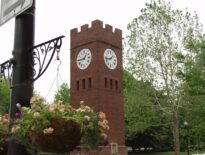 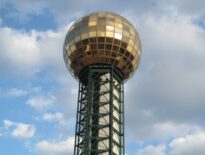