Stifling the Rights of Communities

Twenty years ago, appalled by the brutality of the apartheid system in South Africa, citizens around the country successfully convinced their local governments to put their tax money where their values were. Half a dozen states and more than two dozen cities stopped buying from or investing in businesses who did business with South Africa.

Successful initiatives at the local and state level eventually translated into a national movement that finally persuaded Congress to adopt federal sanctions. And when a short time later Nelson Mandela became the first post-apartheid President of South Africa he publicly thanked those who had used their purchasing and investment clout to help free his people.

In the 1980s, many questioned the appropriateness and effectiveness of the South African sanctions. Few questioned the right of cities or states to adopt them.

That was then. This is now. In 1996, Massachusetts adopted a bill very similar to the one regarding South Africa it had enacted a decade before. This bill is aimed at an equally repressive regime–Burma, now called Myanmar by the military that seized power in 1988. The junta, bolstered by the export of illegal drugs, continues to rule in savage fashion. The rightful head of state, Daw Aung San Suu Kyi, recipient of the Nobel Peace Prize, has been under house arrest since 1990, the year her National League of Democracy won the parliamentary elections by a landslide.

A dozen cities, including San Francisco and New York along with Alameda County followed Massachusetts’ lead and imposed sanctions on Burma.

But this time the citizens of Massachusetts and the nation, to their astonishment and horror, have discovered that the rules have changed. What was once legal is now illegal. In 1994, Congress ratified a radical new trade agreement that established a new global governance body called the World Trade Organization(WTO). Under these new rules most legal experts believe Massachusetts and other states and cities have no right to use their purchasing power to help oppressed peoples around the world. Europe and Japan may soon submit a formal challenge to these laws to the WTO. If they win, Massachusetts would either have to overturn its law or the U.S. will have to pay compensation.

The Burma case reflects how far we have sacrificed liberty at the altar of free trade. Big business, not satisfied with simply dominating governments, has now decided to virtually eliminate their authority. Indeed, in late May the National Foreign Trade Council, an umbrella group of some 550 of the world’s largest industrial corporations, went a step further than Europe and Japan. It asked U.S. courts to declare selective purchasing or investment statutes unconstitutional. Big business argues that when the citizens of San Francisco decide not to buy products from company’s that support repressive regimes these communities are conducting foreign policy, a right the Constitution offers only to Congress.

Publicly, the Clinton administration supports Massachusetts. Privately, it is singing another tune. In March, when Maryland was about to enact a selective purchasing law targeting businesses who did business with the savage Nigerian military regime, the White House intervened. It argued that the proposed law would violate our treaty obligations. The legislators backed down.

When big business and big government tell us we have no right to collectively decide to use our tax money to reflect our deeply felt values, we have arrived at a turning point in U.S. political history. Thus, it is altogether fitting and proper that Boston, the cradle of liberty, should be the locus of this dispute. As Simon Billenness of Franklin Research and Development, an investment firm and one of the catalysts behind the Massachusetts initiative recalls,”Here in Boston there’s a certain tradition of not letting European bureaucrats impinge on our decisons regarding taxes and spending.” Did I hear someone say “tea party”?

Billenness notes that Daw Aung San Suu Kyi asked the international community, “Please use your liberty to help us secure ours”. As we try to do so we are discovering that our liberty too is at stake in this dispute.

Stifling the Rights of Communities

From the Desk of David Morris The Marketplace Wins: Choice Loses 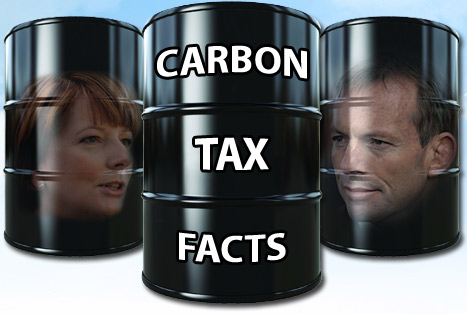