Statement from Brenda Platt, Director of the Composting for Community Initiative at the Institute for Local Self-Reliance, On The Introduction of the COMPOST Act

WASHINGTON, D.C. (July 16, 2021) — The following statement was issued by Brenda Platt, Director of the Composting for Community Initiative at the Institute for Local Self-Reliance, in response to the introduction of the Cultivating Organic Matter through the Promotion of Sustainable Techniques (COMPOST) Act in the U.S. House of Representatives. This far reaching new federal bill aims to proactively advance composting infrastructure and support across the country. Specifically, the proposed legislation would amend the Food Security Act of 1985 to officially define and designate composting as a conservation practice and activity. The US Composting Infrastructure Coalition (USCIC), of which the Institute for Local Self-Reliance is a founding member, played a pivotal role in the development of the bill.

“The introduction of the COMPOST Act is a major step forward for an activity that restores depleted soils, protects the climate, and creates thousands of new jobs in rural and urban communities across the country.

“A key goal for ILSR was ensuring that the legislation funded projects of all sizes and not just large-scale, centralized facilities, and that only projects that accept source-separated compostable materials qualify for funding. These provisions would counter the disturbing trend of large-scale facilities accepting contaminated materials that are siphoning business and jobs out of state, exacerbating truck traffic, and shifting the market away from clean segregated materials to programs that inadvertently facilitate contamination and poor-quality compost.

“We were especially pleased that the legislation allocates at least $50 million annually to composting projects that produce less than 10,000 tons of compost per year, and that this funding prioritizes projects that provide living wages, incorporate inclusive hiring practices, and serve disadvantaged and low-income communities.

“Local composting efforts are an important part of building sustainable local economies and healthy communities. By helping farmers, entrepreneurs, and local governments build the systems needed to achieve these goals, the COMPOST Act helps us move toward a more vibrant and sustainable future.”

Statement on the Introduction of the COMPOST Act 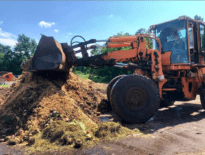 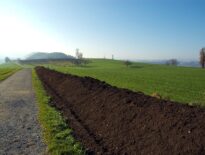