WASHINGTON, D.C. (March 16, 2022) — Today, Sen. Elizabeth Warren (D-MA) and Rep. Mondaire Jones (NY-17) introduced the Prohibiting Anticompetitive Mergers Act of 2022. This legislation would prohibit mega-mergers in the United States, and allow the Federal Trade Commission (FTC) and Department of Justice (DOJ) to review and undo past mergers if they do not meet the new standard.

In response, Stacy Mitchell, Co-Director of the Institute for Local Self-Reliance (ILSR) issued the following statement:

“The outsized power of a few corporations – gained in no small part through anti-competitive mergers – threatens our democracy and has rendered our economy increasingly dysfunctional and unequal. We applaud Senator Warren and Representative Jones for this bill, which would put a stop to the avalanche of harmful mergers now underway and safeguard workers, independent businesses, and communities.

“Crucially, the bill instructs the enforcement agencies to pay particular attention to how a merger will affect local communities, especially those that have suffered the most harm from consolidation. It stipulates that the agencies consider the impact of a proposed merger on rural communities, low-income communities, and communities of color during their review process.

“This legislation would also bring much-needed daylight and public engagement to the merger review process. It requires public comment periods – something ILSR has long advocated for. And it stipulates that when a merger is approved, the enforcement agency must issue a summary of its review process and identify the factors that led to its decision.”

Additional reading: Handcuffed by the Courts: How Judges Broke Our Monopoly Laws and What Congress Must do to Repair Them

The Institute for Local Self-Reliance (ILSR) is a national nonprofit research and educational organization founded in 1974. ILSR has a vision of thriving, diverse, equitable communities. To reach this vision, we build local power to fight corporate control. We believe that democracy can only thrive when economic and political power is widely dispersed. Whether it’s fighting back against the outsize power of monopolies like Amazon or advocating to keep local renewable energy in the community that produced it, ILSR advocates for solutions that harness the power of citizens and communities. More at ilsr.org

ILSR Statement on the Introduction of the Prohibiting Anticompetitive Mergers Act 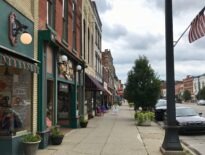 Retail In The Forge: We Need a Popular Front to Overthrow… 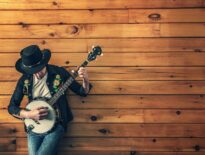 Retail Listen: How Epic Games’ Acquisition of Bandc…
Sign Up for the Hometown Advantage Newsletter