In response to the recent passage of Maryland’s Clean Energy Jobs Act in April 2019, the Institute for Local Self-Reliance released the following statement:

In April 2019, Maryland passed its comprehensive Clean Energy Jobs Act, which is a positive step toward increasing renewable energy investments in the state to 50% by 2030, including a designated 15% from solar resources — a statewide carve-out policy that can help enable local solar energy investments. However, the Institute for Local Self-Reliance (ILSR) believes this law does a grave disservice to the state’s clean energy future by continuing to leave the door open for subsidizing incinerators and classifying garbage burning as a “renewable” form of energy — on par with the state’s solar and wind resources.

Due to Maryland’s continued classification of incineration as a “Tier 1” renewable energy resource, power generated from burning trash at the state’s highly polluting BRESCO and Wheelabrator incinerators are eligible for the same renewable energy credits provided to investments in solar and wind. In addition, the new bill opens the door for incineration corporations to capture limited funds available for some of the state’s new clean energy jobs training programs. To truly transform its energy system, increase access to true renewable energy, and reduce harm to the health and wellbeing of residents living near the state’s incinerators, then Maryland must stop subsidizing burning trash for energy.

“Few lawmakers may realize that allowing incinerators to masquerade as renewable energy puts heavy environmental and financial costs on communities, especially nearby residents,” says ILSR researcher Marie Donahue. “Those paying the price tend to disproportionately be people of color and low-income folks. It’s uneconomic and unjust.”

ILSR research, including its in-depth report, “Waste Incineration: A Dirty Secret in How States Define Renewable Energy,” released in late-2018, has documented the harmful impacts incinerators have on communities. Waste incinerators are dirty and expensive. They create toxic pollution, waste energy, and kill jobs. Maryland, and 22 other states the report notes, allow energy produced by burning garbage to count toward their renewable energy requirements and providing potential subsidies to the dirty practice through renewable energy credits.

States like Maryland can and must close the trash burning loophole in renewable energy laws, while implementing policies that better support local and more sustainable strategies for energy production and waste management including recycling, composting, and distributed and community solar investments.

For more ILSR perspective on the dangers of waste incinerators and policies that support them: 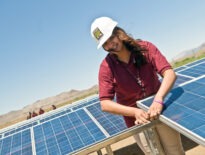 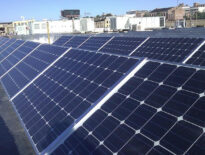