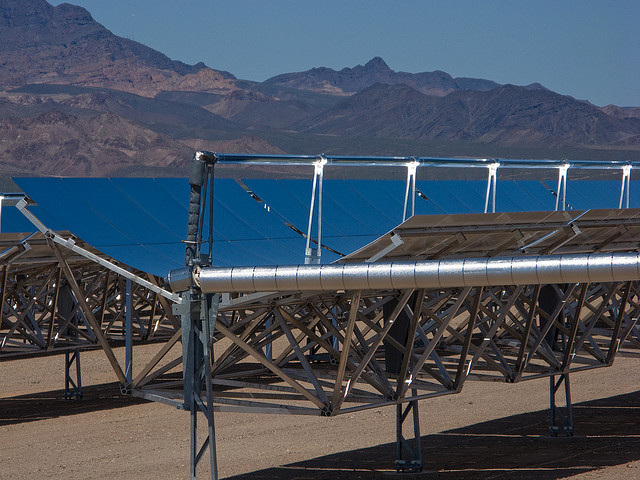 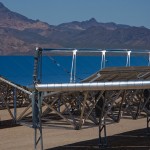 Solar thermal power is generally understood as centralized electricity generation by concentrating solar energy to heat water, make stream and power a turbine to generate electricity.  Solar thermal supports heat storage (for an additional cost) that allows the power plant to shift electricity production to other times of day.  It’s a technology at the early stages of commercialization, and is generally pursued because the cost of solar thermal storage is low compared to the total capital cost (although the cost of solar electricity is much higher than for other solar technology).

For example, the article highlights the SolarReserve solar thermal project, a 110-megawatt power plant that received a federal loan guarantee worth $737 million.  If the SolarReserve project is built at the same cost as its loan guarantee (unlikely, as it seems the guarantees are usually for about 80% of the project cost), then its cost is around $6.70 per peak Watt.  In contrast, the Solar Energy Industries Association reported that utility scale solar PV in the second quarter of 2011 was installing at an average cost of $3.75 per Watt.

The comparison isn’t precisely apples-to-apples, of course.  The SolarReserve project will operate at a higher capacity factor than a PV project of comparable size.  The bigger question is whether the $3 per Watt difference justifies the amount of storage provided.  Battery storage for PV cost about $0.50 per Watt for each hour.  So a PV project at the average 2011 price could add 6 hours of battery storage and be built for the same cost as the SolarReserve.  It may explain why a fair number of solar developers have switched from concentrating solar thermal power technology to PV in the past year.

The other consideration is how much storage makes economic sense.  In general, battery storage doesn’t have to last all night, but merely fill the gaps between production and consumption of electricity.  Storage for solar thermal is relatively cheap, so the SolarReserve project has 10 hours or more of energy storage and only adds about 5% to the cost of the project.  But does solar PV need 10 hours of storage to compete?  Unlikely.

With solar, the goal is to generate power during the time of peak demand for electricity (hot, sunny afternoons).  The NREL researcher quoted in Wald’s article suggests that widespread adoption of PV (a phrase not explained, unfortunately) would quell demand for electricity during the afternoon and make the early evening – when PV no longer produces – the key timeframe for electricity generation, implying a big advantage for solar thermal.  But solar PV projects don’t need to match solar thermal’s storage capacity to win the economic argument.  If a PV project has just 2-3 hours of storage, enough to shift its output into the evening peak hours, it will largely fulfill peak demand and still cost less than solar thermal.

The NREL researcher suggested that energy storage could be worth as much as 4 cents per kWh (largely from the avoided cost of building new natural gas plants).   But if solar PV can meet the peak electricity demand with shorter storage and at lower cost, it’s unlikely that the solar thermal power plants will be able to compete.  Shifting production into early evening to serve peak electricity demand can be very profitable, but trying to sell noontime sunshine at 10 PM when wind power is increasing is something else entirely.

Storage doesn’t have to be a power plant add-on, either.  Other sources of storage like electric vehicles may be able to have an increasing impact.  Researchers at the University of California, Berkeley, project that the U.S. will have 10 million electric vehicles on the road by 2020, offering a combined storage capacity – if they are similar to the Nissan Leaf – of 240 million kWh (enough to power over 7 million homes for an hour).   PNNL did a study late last year and found that 2.1 million EVs in the Pacific Northwest could support enough storage to add an additional 10 GW of wind power in the region.

I’m also skeptical of the ability of solar thermal to have anything more than a marginal impact, simply because of the development timeframe.  According to Greentech Media, the total concentrating solar thermal power capacity under construction or with a permit and PPA in hand is just over 1.1 GW.  That probably won’t be fully deployed until 2017.  In the meantime, there was over 1 GW of solar PV deployed in the U.S. in 2011 alone.  With no growth at all, solar PV would install 5 times the capacity of solar thermal power by 2017.   And by 2017, the cost of solar PV (if continuing to fall at current rates of ~7% per year) would be $2.45 per Watt.  Solar thermal electricity generation doesn’t seem to be benefiting from the same learning curve nor installing at a pace that will allow it to catch up.  And the ongoing cost differential allows for many other options for storing solar power other than combining storage and solar power generation in costly, centralized solar thermal power plants.

I don’t have the answer to the storage question, but I’m skeptical that costly, centralized solar thermal power plants are the best answer to matching renewable energy supply with electricity demand. 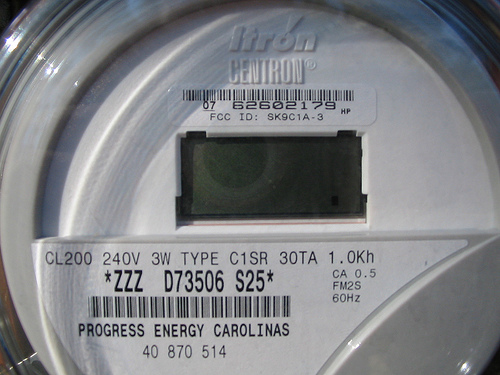 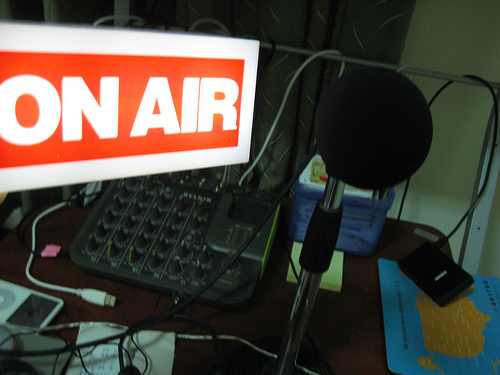