Minnesota’s community solar garden program may be the envy of the nation — once the utility’s stall tactics have been stopped — but it needs a little help to fulfill the vision of bringing solar to all.

That’s where Julia Nerbonne, executive director of Minnesota Interfaith Power & Light, comes in. In June 2015, John Farrell talked to Nerbonne about opening up community solar for everyone — not just for people with high credit scores — and what people of faith can do about it.

Community solar can mean a variety of things. In its pure form, it would be a solar array owned by a collection of people who share its economic benefits. In practice, it’s usually a form of shared energy. “Subscribers” pay an upfront fee (often around $1,000), and receive a share of electricity production from the solar project every month over the next 20-25 years. That solar share produces power that is then credited on the subscriber’s electric bill, saving the customer money each month. After about ten years (it varies by project), the subscription fee is paid off, and what remains on the subscription is pure energy savings to the subscriber.

In Minnesota, the community solar garden market exploded after the first rules were released in 2014, with more than one gigawatt of power entered into the queue. If every project were built, it could triple the utility’s expected solar power development by 2020. However, the incumbent electric utility, Xcel Energy, has stalled the program with several disputes over the rules and Minnesotans are still awaiting the first project installations.

A Tool for All to Cut Their Electric Bill

Community solar is more than just clean electric power. For faith communities, in particular, community solar symbolizes a nexus of economic justice and carbon mitigation. It’s an enormous opportunity to get everyone involved in clean energy.

“Low income, high income, doesn’t matter,” says Nerbonne. “Everybody should have access to be able to start saving money on their electric bill.”

Traditionally, community solar developers only targeted populations with good credit scores (above 700), cherry-picking those who are expected to make their payments. Nerbonne wants to challenge solar developers to use a pay-as-you-go process where anyone can participate, not where you have to be “accepted” or “declined.”

Interfaith Power and Light and others have a couple ideas for how to make community solar accessible without significantly increasing financial risk for solar developers and their financiers. One is to pool subscribers, high and low income. Another option is to have a community backstop; for example, a church could guarantee the subscriptions of its members, agreeing to temporarily or permanently cover payments if a member fell on hard times.  Another model involves a loan loss reserve fund, tapped when a person defaults on their pay-as-you-go payments. The fund could come from community anchor institutions, places of worship, or philanthropic organizations.

The key difference in Nerbonne’s approach is to distinguish between charity and creating an economic system for people. This is not giving away solar; it’s creating opportunity.

Already, Interfaith Power and Light is making progress. At the Shiloh Temple in Minneapolis, people from the community will be trained in to install the proposed community solar array. They plan to expand significantly.

Nerbonne notes it’s all part of a wider battle to fight climate change. With community solar gardens in mind, she describes her “three-legged stool” theory. One leg is practical change that people see and feel on the ground; another leg is the political process, the rules and regulations that make it all go; and the last leg is spirit, what joins people together.

Community solar gardens have those three legs, and with the built-in bond of faith-based communities, there is a great opportunity to build a movement that goes beyond the place of worship.

More information about policy and practical approaches to community solar gardens can be found at ilsr.org, and more about MN Interfaith Power and Light’s efforts are at mnipl.org.

This is the 26th edition of Local Energy Rules, an ILSR podcast with Director of Democratic Energy John Farrell that shares powerful stories of successful local renewable energy and exposes the policy and practical barriers to its expansion. Other than his immediate family, the audience is primarily researchers, grassroots organizers, and grasstops policy wonks who want vivid examples of how local renewable energy can power local economies.

Solar for All: An Article of Faith – Episode 26 of Local Energy Rules Podcast 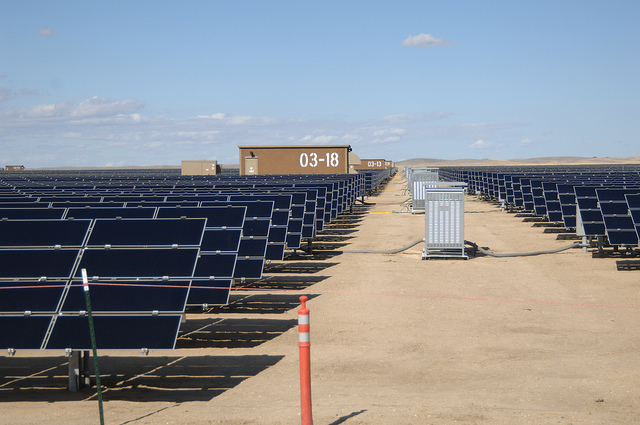