Still, that soft-sell approach can be overwhelmed by the marketing prowess of malls, corporate giants and big-box retailers, especially during the holiday shopping season, which begins this week. To combat that, a growing number of small businesses in Middle Tennessee and elsewhere are turning to cooperative marketing campaigns to woo consumers.

Such “buy local” efforts are becoming more widespread as communities seek to stem the loss of locally owned businesses. But the effectiveness of such programs is difficult to track, leaving supporters with anecdotal evidence at best.

Small businesses once dominated the U.S. retail landscape, but that began to change with the advent of the interstate highway system in the 1950s, said Doug Bachtel, a University of Georgia demographer and consumer economics professor. That decline accelerated in the 1970s and 1980s with the growth of regional shopping malls, he said. “People stopped shopping on Main Street and started driving to the malls,” Bachtel said.

The result: Consumer retail spending, which was roughly split between small independents and major chains in 1982, increasingly tilted in favor of the chains. By 2007, major retailers such as Wal-Mart had a commanding 72 percent market share, census figures show.

During the same time, the number of retailers with four or fewer employees fell from nearly 1,500 per 1 million people to less than 900, according to census figures. That decline continued and likely accelerated during the Great Recession and the weak economic recovery that followed, experts said.

That decline has fueled a rise in “buy local” or “shop local” campaigns in recent years, said Stacy Mitchell, a senior researcher for the Institute for Local Self-Reliance, a Minneapolis-based nonprofit research group primarily funded by small-business groups.

“It’s basically strength in numbers in terms of marketing,” she said. “The marketing power of the large chains is sizable, and the frenzy around Black Friday tends to focus heavily on larger chains. That makes it challenging for small businesses to let shoppers know they’re there.”

Despite that growth, there’s been scant actual research into the effectiveness of such programs. Supporters, though, say those often show such programs generally are successful.

Mitchell said her group’s annual surveys show independent retailers in cities with active “buy local” programs fare better during the holidays than those in cities without such programs. The former group recorded an 8.5 percent gain in holiday sales last year compared to the latter group’s 5.2 percent.

“Public awareness and support for locally owned businesses has been growing,” she said. “ ‘Buy local’ is increasingly becoming a part of the public’s consciousness, and it’s making a material difference to independent businesses.”

However, she acknowledged the survey can’t pinpoint how much of a factor those campaigns are in those results. The same limitation applies to gains in sales-tax collections, another statistic frequently cited by “buy local” advocates.

Still, business owners and elected officials say they believe such efforts are worthwhile, and not only between Thanksgiving and Christmas. 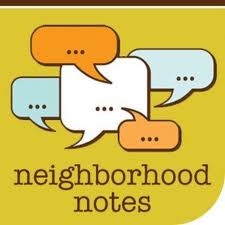 Media Coverage The Impact of Shopping Local is Huge