Earlier this year, the National Renewable Energy Laboratory released a new estimate of rooftop solar potential, an update to 2008 figures we used in our landmark state-by-state energy atlas, Energy Self-Reliant States. The bottom line: there’s much more potential to generate our electricity from solar on nearby buildings than we previously thought.

The following map shows the changes, attributable to more accurate roof surveys. The percentage represents the additional portion of electricity sales that could be met with rooftop solar electricity. 13 states saw an increase of at least 20%, a further 16 saw an increase of 10 to 20%. Estimates for just 4 states fell or remained the same. 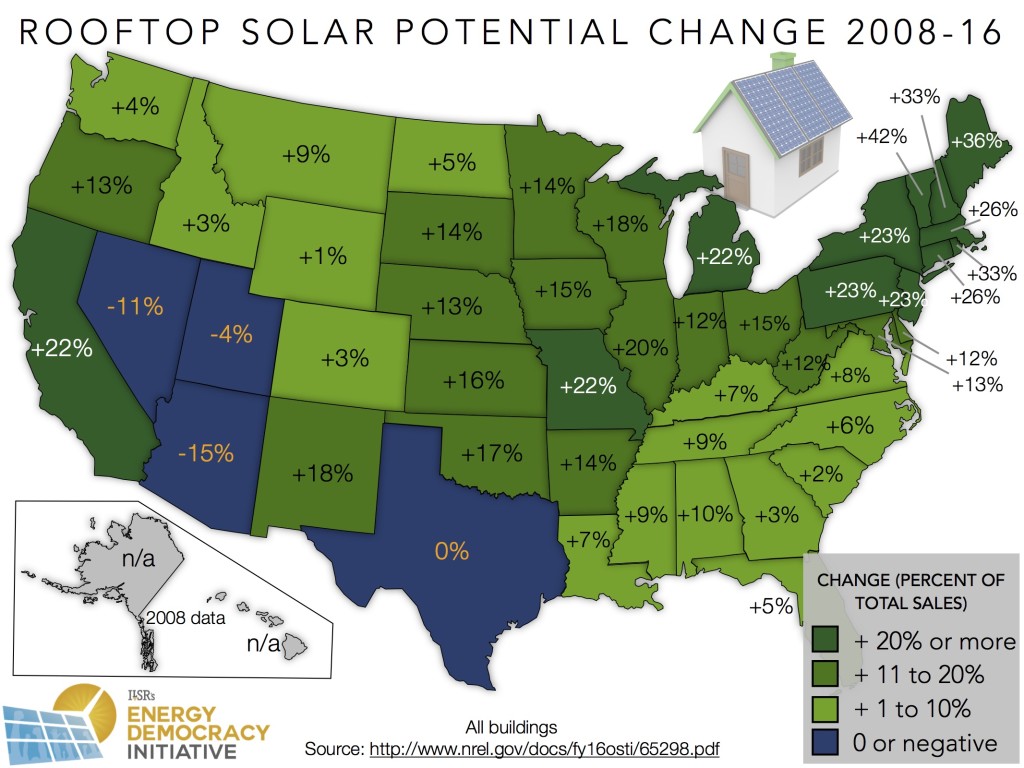 The following chart shows the 2008 data, with most states able get 20% or more of their annual electricity sales from rooftop solar alone (maximizing use of available roofs). 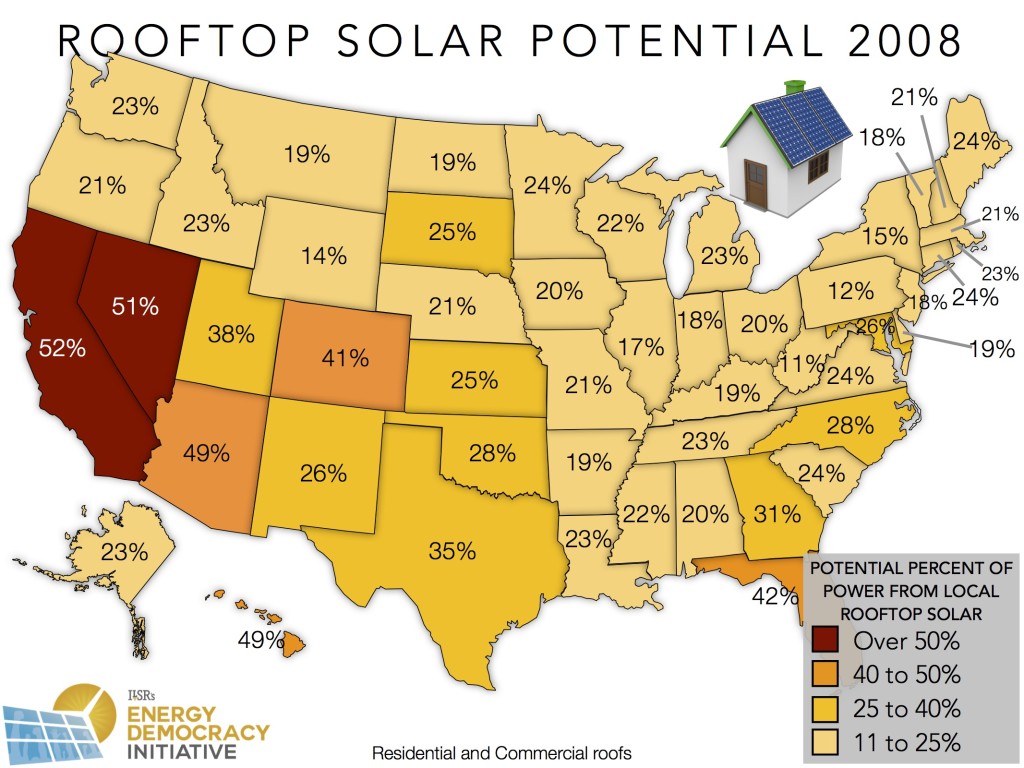 Estimates for rooftop potential are sharply higher in 2016, based on more accurate roof surveys. Nearly two-thirds of states could tap rooftop solar for one-third of their electricity. 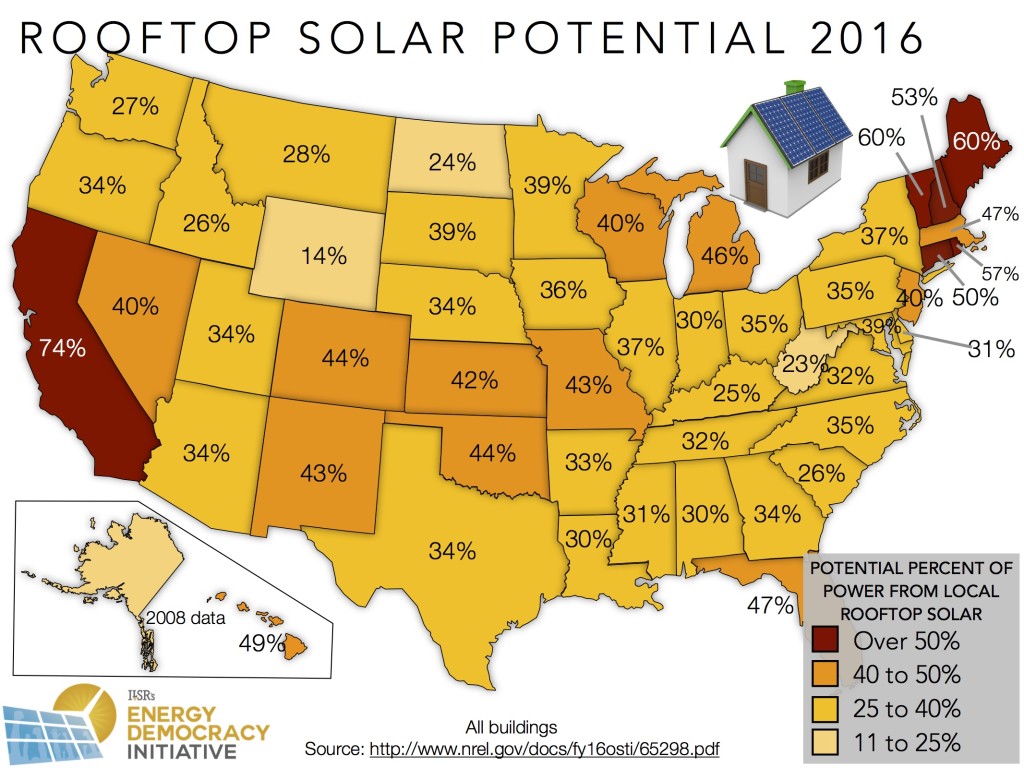 States may be growing their local power potential, but a recent New York Times editorial suggests that local should “make way” for transmission lines to send wind power long distances to fulfill a desire for inexpensive clean power across the country. That call comes not just in the context of rising opportunity to supply a state’s power needs on its own rooftops, but also plenty of wind power potential. The following map, based on data from the National Renewable Energy Laboratory, shows that 35 states have sufficient on-shore wind power resources at 110-meter turbine hub heights (taller than most existing turbines) to meet 100% of their electricity consumption on an annual basis. This is in addition to the rooftop solar potential above and does not include substantial and as yet untapped offshore resources off the Eastern Seaboard. 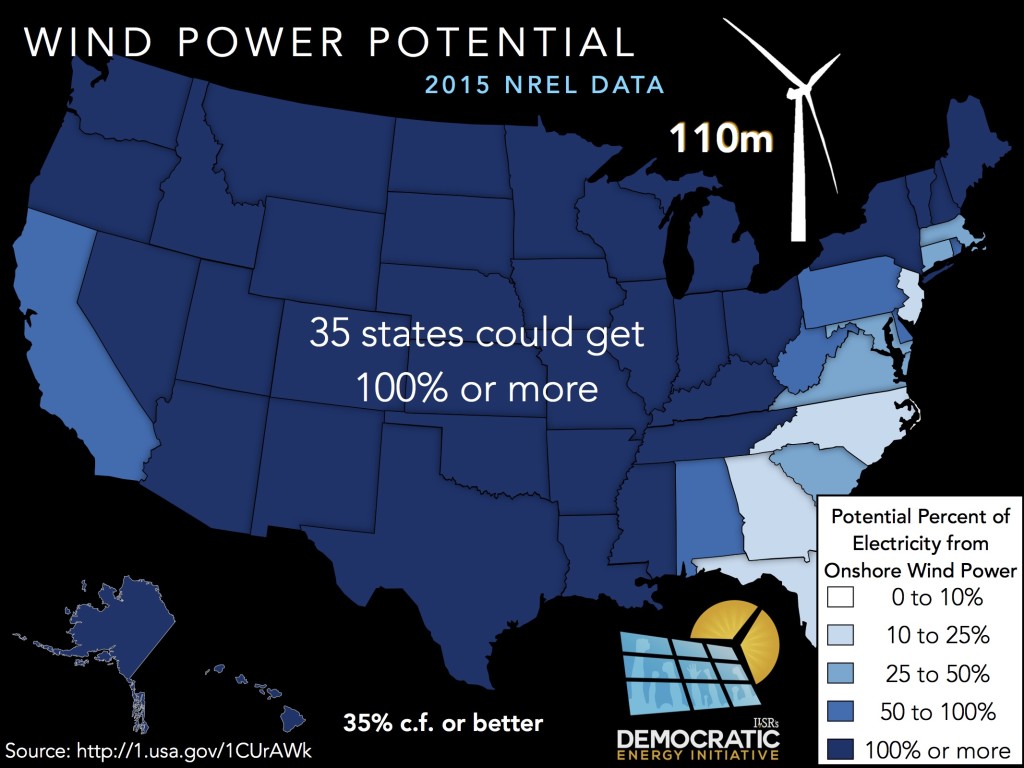 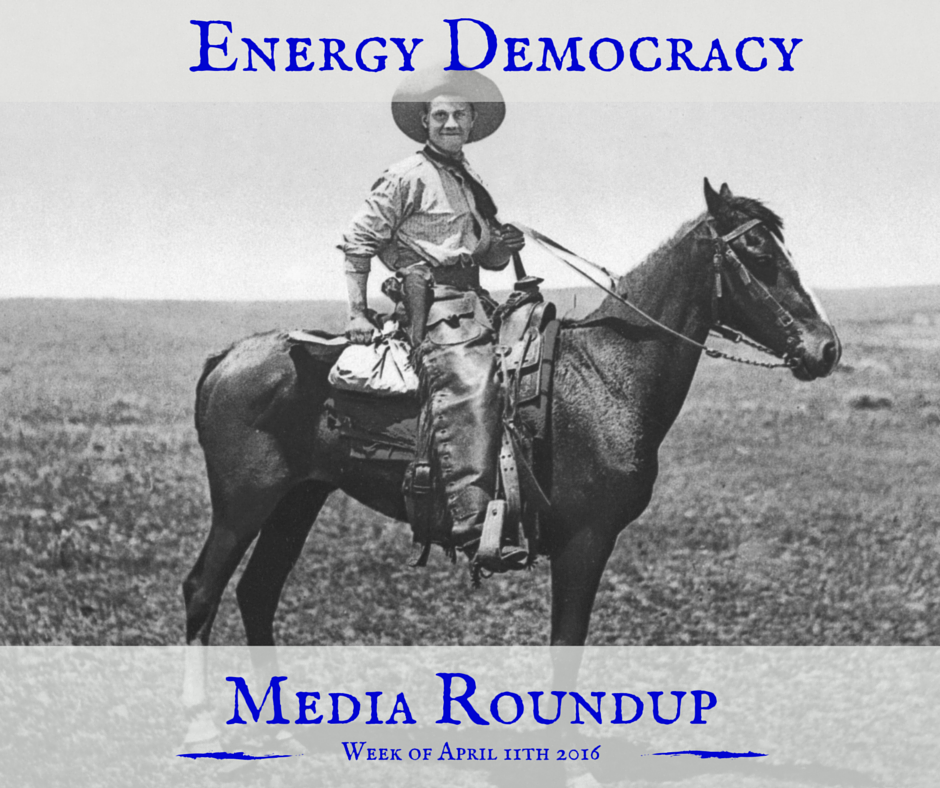 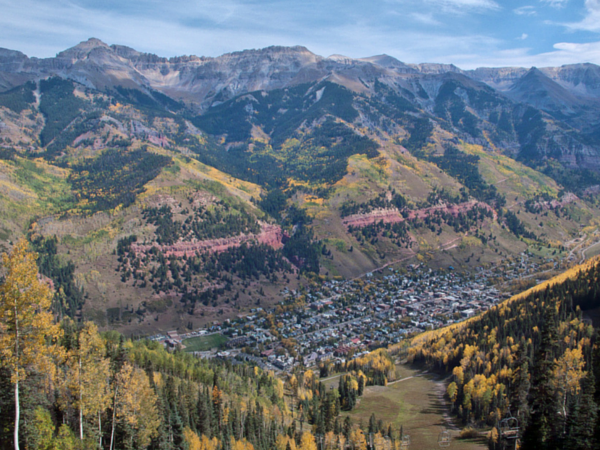