For the first time in decades, passing new laws to curb the rising concentration of corporate power is shaping up to be a key priority for federal policymakers. Small Business Rising, a coalition of independent business groups co-founded by ILSR, is working to build support for robust federal antitrust reform. On June 8th, Small Business Rising joined with the Athena coalition to cohost a lively antimonopoly town hall online — featuring US Senator Amy Klobuchar — to discuss what such an agenda should look like.

Senator Klobuchar affirmed that even across political differences, “Americans understand this idea that there’s too much consolidation, and that concentrated markets have negative impacts” for a wide range of groups and constituents, including consumers, workers, and communities of color.

On the most pivotal question of antitrust reform — structural separation — Senator Klobuchar confirmed, in no uncertain terms, the need to break corporations up, saying: “You asked about breakups: and yes, that has to be part of this, divesting assets….Unless you force some divestiture of assets, [monopolies are] going to just keep going the way they are… Yes, breakup[s have] to be on the table when it comes to these companies.”

Many participants of the town hall — made up of small business owners, workers, activists, journalists, and Hill staffers — came with engaging stories that underscored Senator Klobuchar’s remarks. Angela Schwesnedi, owner of Moon Palace Books and a member of Main Street Alliance (a Small Business Rising partner), shared that, in her experience, Amazon’s power is not new and wholly undermines competition. “Amazon’s market dominance and predatory practices were squeezing independent bookstores like mine out of existence even before Covid,” she said. Schwesnedi explained that Amazon’s ability to track and collect data on consumers’ buying habits is disastrous for competitive markets. She asked, “What does that mean for my ability to do business with [my] customer?”

Central to this conversation is the way that antimonopoly laws can safeguard workers from the power of large corporations. Mohamed Suleiman, an Amazon worker from the Twin Cities, emphasized this point, explaining that many workers are afraid. “There are a lot of workers who have a lot of fear in regards to being able to come forward … and not knowing what their rights are because they either have language barriers or are new to the company.”

With Lina Khan’s confirmation as FTC chair, and several antitrust bills dropped in the House last week, this town hall marked a pivotal moment in the burgeoning antimonopoly movement. To learn more, watch the Senator’s full remarks below and join Small Business Rising! 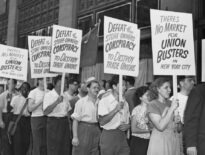 Retail In The New York Times: How a Labor & Small Bu… 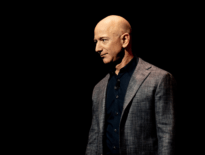 Retail Issue Brief: How Amazon Exploits and Undermines Sm…
Sign Up for the Hometown Advantage Newsletter