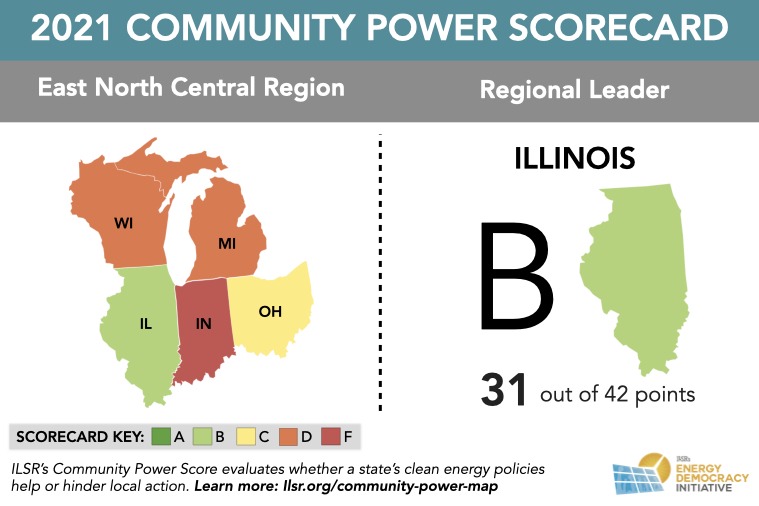 Our 2021 Community Power Scorecard evaluates states based on their energy policies and how these policies help or hinder local clean energy action. We grade each state and rank them relative to one another, which you can read about in the full scorecard post.

Now, we widen our scope: how do states compare to their neighbors? Is energy democracy a regional trend?

Scroll down for regional infographics and our thoughts on these bigger questions.

Drawing on results from the Institute for Local Self-Reliance’s 2021 Community Power Scorecard, released earlier this week, we developed a new series of infographics. The images below illustrate how states compare to others in their region and where advocates, lawmakers, and community members can look for model policies nearby that support local, clean energy.

In case you missed it, check out the 2021 Community Power Scorecard.

Context and geography occasionally determine the success or failure of clean energy technology, policy, and advocacy. As we mapped in 2020, eastern states could be powered entirely by offshore wind resources. Meanwhile, states across the Great Plains have enough onshore wind potential to meet their own energy needs and then some.

See how 47 states could meet 100% of their electricity needs using in-state renewables in the third edition of Energy Self-Reliant States.

Lawmakers in states that received a failing Scorecard grade, such as North or South Dakota, may also find it easier to replicate the success story of neighboring Minnesota’s community solar program than a program in a more distant state, such as Massachusetts or Oregon.

For these reasons, it is useful to take a broader, regional evaluation of state energy policies.

We took a closer look at this year’s scorecard to find which states rank highest, as compared to their peers, across nine regions of the country (corresponding to U.S. Census Divisions). The result is a series of infographics highlighting which states scored highest in their region. These visuals also help us compare across regions by illustrating which parts of the country claim more high scoring states than others. 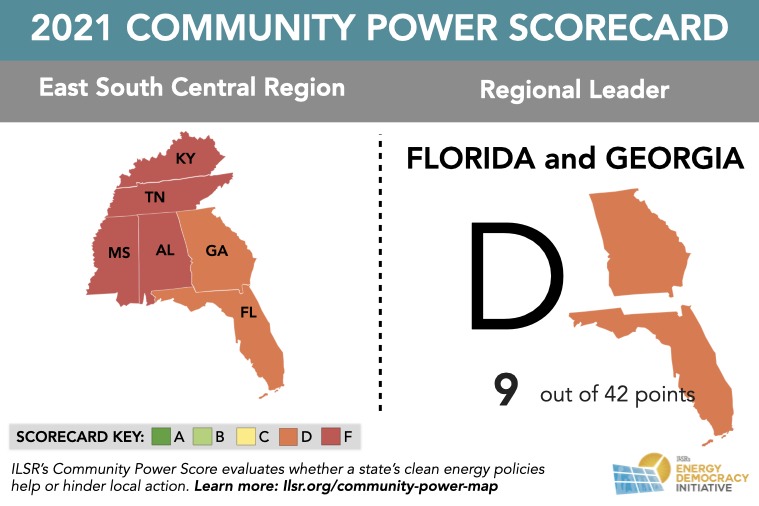 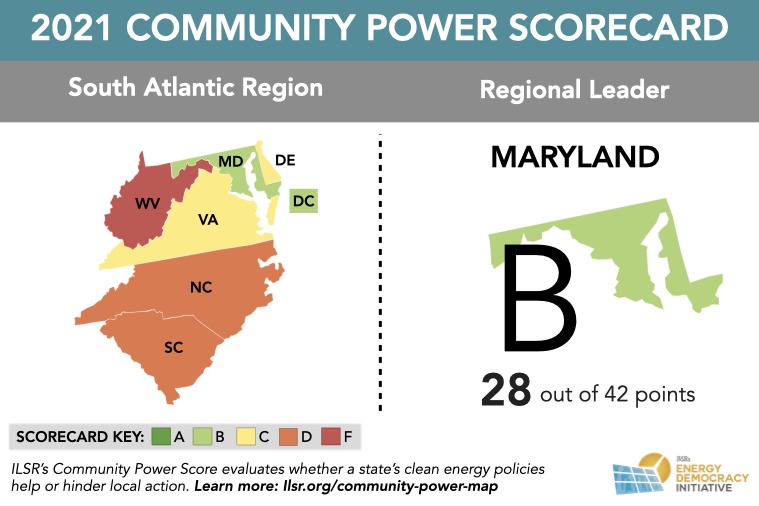 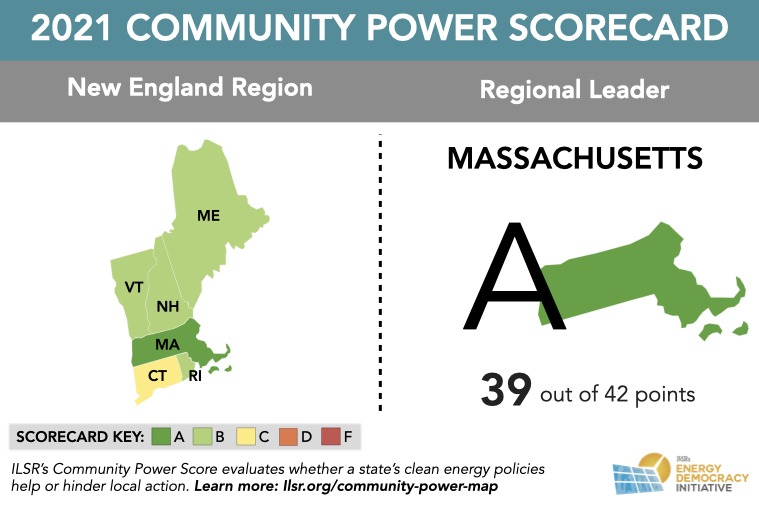 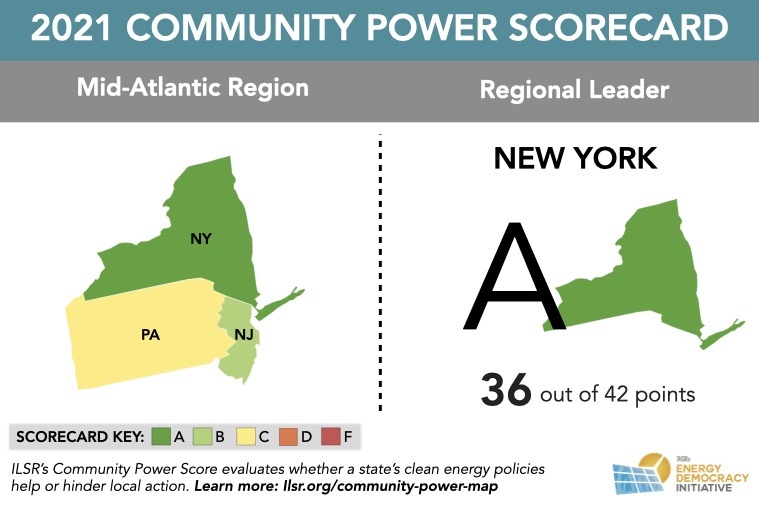 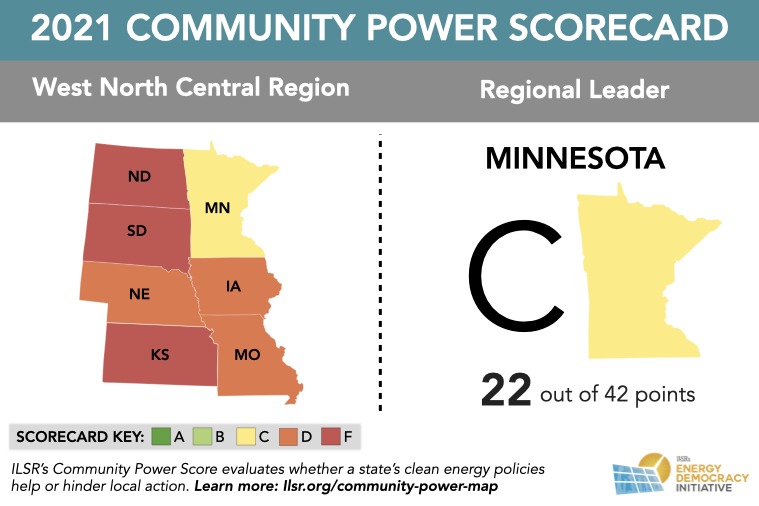 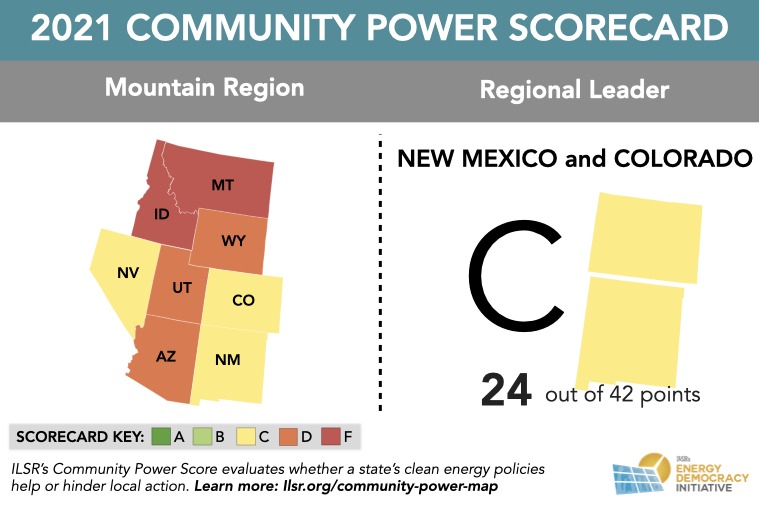 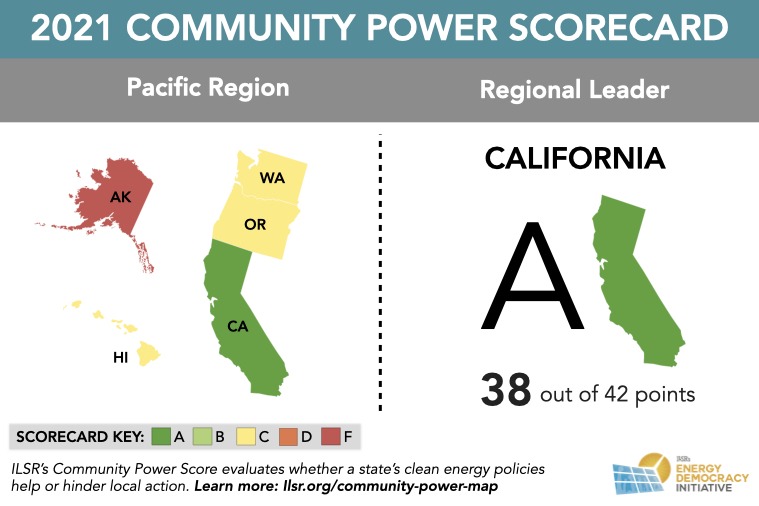 These regional comparisons provide some hope for states, because most have a neighbor with superior policies supporting energy democracy. Two regions — East South Central and West South Central — are laggards, with the “best” states sporting “D” rankings. For these regions, policymakers may need to look farther afield for leadership on policies that support local, clean energy.

Which Regions and States are Spearheading Local Clean Energy Policy in 2021?