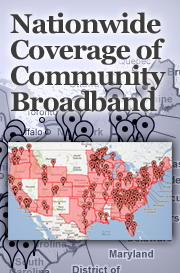 With the announcement by the FCC that cable and telephone companies will be allowed to prioritize access to their customers only one option remains that can guarantee an open internet:  owning the means of distribution.

Thankfully an agency exists for this. Local government.  Owning the means of distribution is a traditional function of local government.  We call our roads and bridges and water and sewer pipe networks public infrastructure for a reason.

When communities own their roads they can and have established the rules of the road.  The most fundamental and ubiquitous is what might be called road neutrality. Everyone has equal access regardless whether they drive a Ford or a Chevy, a jeep or a moped.

About 20 years ago, exasperated by high prices, poor service and a callous disregard by cable and phone companies for the future communications needs of their host communities, American cities began building their own networks.  Initially these were based on cable and later on fiber.

Unlike the FCC, cities that own their telecommunications networks can, and undoubtedly will respond to the will of their citizens by embracing the principle of net neutrality.

Many of today’s muni networks are in cities that a century ago built their own electricity networks after private companies proved unwilling to provide universal, affordable, reliable power. Today over 2000 cities still own the electric means of distribution.   Their price and reliability is comparable or better than those of investor owned utilities and they are, unsurprisingly, far superior in responding to the needs of their communities.

Publicly owned telecommunications networks offer lower prices and higher speeds than Comcast and AT&T and Time Warner.  It is instructive that the first gigabit network was built not by a private company but by Chattanooga, a muni network. Today 40 cities in 13 states have locally owned gigabit networks.

Cities that have built their own networks have found them a singularly successful economic development investment, especially for retaining and attracting the growing numbers of businesses that require high speed, high capacity networks.

Sometimes incumbents have reacted to the prospect of a new competitor by upgrading their networks or lowering their prices.  More often they aggressively lobby legislatures to pass laws prohibiting such competition.  To date 19 states impose significant obstacles to communities owning their broadband networks. Nebraska, Nevada, Texas, Missouri have enacted outright bans.  Virginia prohibits a city from offering tv unless it can cash flow the first year. Utah prohibits public broadband networks from selling any retail services.

To persuade legislators to inhibit or prohibit muni networks telecom lobbyists offer two arguments.  First they contend that government cannot effectively run a telecom network. When it becomes impossible to ignore the growing empirical evidence to the contrary, they shift gears and pitch without shame an entirely contradictory argument:  Cities have an unfair advantage.

That was the argument Time Warner used in North Carolina after the cities of Wilson and Salisbury successfully demonstrated their telecom competences.  It was a bizarre thesis. Time Warner had 15 million subscribers and revenues of $18 billion at the time.  Salisbury had 1000 subscribers and a total municipal budget of $34 million. Nevertheless, North Carolina legislators dutifully voted to effectively prohibit other cities from replicating Salisbury and Wilson’s successful ventures.

The FCC has done nothing to stop states from stripping their citizens of the right to get out from under an increasingly monopolistic broadband delivery system, although they have the authority to do so.

Nor has the FCC acted when giant telecom companies unfairly try to squash their public competitors.  After Monticello, Minnesota built its telecom network the incumbent cable company Charter used its profits from cities where it had an effective monopoly to offer Monticello households a triple play package for $60 a month even while it charged $145 a month for the identical package in the nearby city of Buffalo.  It was a clear case of predatory pricing but the FCC refused to step in.

The FCC decision on net neutrality, the increased concentration of power in the cable industry and the increasingly commonplace successes of muni networks should convince voters to demand that their own cities seize control of their information futures. 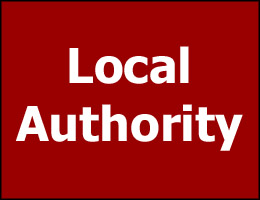 From the Desk of David Morris Who Should Decide? States Rights, Local Authority … 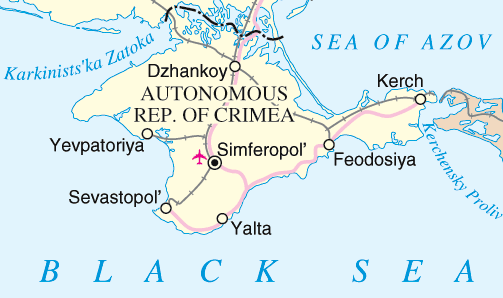 From the Desk of David Morris Crimea, Anschluss and the Enduring Quest for Auton…