Many of the most beautiful communities in the United States are in remote areas where incumbent cable and telephone companies have decided not to offer modern, high-quality Internet connectivity. Sandy, Ore., is one of them. Some 10,000 people live there among the lush green forests and beautiful vistas of the “Gateway to Mount Hood,” 25 miles east of Portland. But Sandy decided to build its own gigabit fiber optic system and now has one of the most advanced, affordable networks in the nation.

Sandy, Ore. joined nearly 100 other local governments that have municipal fiber-to-the-home networks to give residents and businesses access to world-class Internet connections. However, the overwhelming majority of municipal fiber networks were built by local governments that already owned their local electrical grids. As Sandy does not have a municipal electric utility, it pioneered a low-risk incremental strategy to build its telecommunications utility, SandyNet.

The city started by reselling DSL and building a modest wireless network. Now it offers symmetrical speeds of 100 Mbps for $39.95 or 1 Gbps for $59.95. Sandy’s experience offers lessons for local governments across the country.

Click here to watch our short documentary about the network: Gig City Sandy: Home of the $60 Gig

Read ongoing stories about these networks at ILSR’s site devoted to Community Broadband Networks. You can also subscribe to a once-per-week email with stories about community broadband networks.

At MuniNetworks.org, we provide resources for those joining the movement to build broadband networks that are directly accountable to the communities they serve.

As more community leaders realize the economic benefits of faster, more reliable Internet services, they are pursuing local control of connectivity through public ownership, cooperative models, and other nonprofit approaches.

The vast majority of community broadband networks, particularly fiber-to-the-home networks, have lowered prices and spurred job growth in their communities. We find out what works, and help other communities replicate these results. MuniNetworks.org is a trusted voice for community networks, our team advises high-ranking broadband decision-makers, and speaks on radio and television programs in markets across the United States. 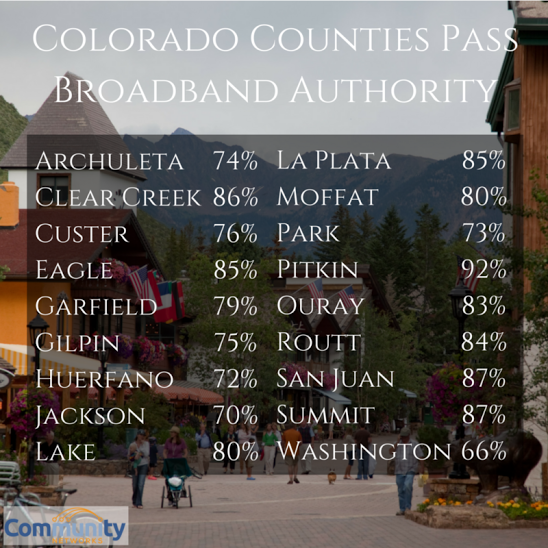