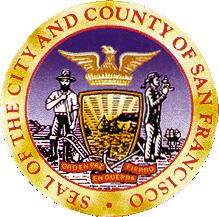 San Francisco now offers free Wi-Fi along Market Street. The city of approximately 825,000 joins a growing number of local municipalities that provide the service in select parts of town or in the entire city limits. The San Francisco Chronicle reports private companies donated hardware and a gigabit of bandwidth. The final cost was $500,000 to deploy the service, which extends approximately three miles.

According to Govenment Technology, the City Department of Technology developed the system and installed the equipment on traffic lights and other city-owned property. After several attempts to partner with private sector providers failed, city leaders decided it was time to act on their own:

"It was simpler, faster, better to do it on our own," said San Francisco CIO Marc Touitou in a release. "The quality is higher, with the technical design by the Department of Technology. We wanted high capacity. ... We wanted it to be cool -- no strings attached, no ads."

On December 10th, Mayor Bloomberg announced that the City of New York would soon provide free Wi-Fi in Harlem. We have also reported on many of the other communities that offer free municipal Wi-Fi including: Ponca City, Oklahoma; Aztec, New Mexico; and San Jose, California.

San Francisco Mayor Edwin M. Lee noted the free service is only the beginning of larger plans to improve connectivity. From the city news release:

“Nearly a quarter-million people walk down Market Street every day, and now they will be able to connect to the Internet through our free public Wi-Fi,” said Mayor Lee. “Providing Wi-Fi on our City’s main busy thoroughfare is a big first step towards a larger vision of connectivity for our City as a whole, bridging the digital divide and ensuring that our diverse communities have access to innovation.”