As Election Day draws near, voters in 36 states and three territories are set to choose governors. In Maine, gubernatorial candidates are making rural broadband a key issue. All four candidates agree that the state needs to be involved in some way, and each recently gave the Press Herald a summary of their plan to expand high-quality connectivity to constituents, if elected.

Both Independent candidates, Terry Hayes and Alan Caron have suggested state investment. Hayes would like to earmark $100 million annually for four years to deploy fiber networks and capitalize on public-private partnerships. Caron suggests a statewide network, funded by $100 million in bonding his first term and a second term if he were re-elected, to connect every city and town.

The Republican candidate stresses public-private partnerships with an emphasis on encouraging private companies to invest in rural areas. The candidate, Shawn Moody, believes that using federal and state funds as the carrot for private sector Internet access companies will be enough to bring rural connectivity up to speed.

Janet Mills, running as the Democratic candidate, has a plan that seems consistent with some of the current activity in Maine. She wants to create Broadband Expansion Districts, that will allow rural communities to band together to expand and administer their own broadband connectivity. She goes on to state that those districts would be eligible for grants. Mills also sees a particular need to address coastal areas where national providers see not profit in upgrading services. She wants to look into establishing “broadband regional hubs.”

Mills’s approach appears a little more consistent with the regional efforts in Baileyville and Calais, the Downeast Broadband Utility. The two rural communities joined forces to create their own dark fiber utility when incumbents wouldn’t bring the services they needed. Recently Cumberland County released an RFP for a similar regional approach.

As a mostly rural state, the problem of the urban/rural digital divide is especially pressing in Maine. Another recent piece from the Press Herald introduced the growing problem through Wayne and Katy Kach from Philadelphia. The couple had hoped to move to Maine to be closer to family and to escape the crowded city, but the region where they sought a new home had no high-speed Internet access.

“We were hoping to find a place that would be able to afford us a little bit of land,” Wayne Kach said. “We found a few properties in the Prospect area, but it just kind of got shut down because there’s just no way for us to work.”

Then there’s David Reed’s family. He and his wife live in rural Maine but are considering moving away because Internet access in his area is so bad that some properties don’t have ANY options.

“I envy people who can get a wired service at all, even if it’s ‘just’ DSL,” Reed said. “I live on the coast, south of Bangor outside Belfast in Swanville, and I can’t get anything at all, not even DSL. We are looking to sell the house and move, if the right opportunity presents itself, because of lack of broadband.”

With the prospect of people leaving and others refusing to replace them due to lack of an essential service, such as high-quality Internet access, Maine gubernatorial candidates have no choice but to address the issue of broadband. Regardless of which candidate’s plan prevails, however, local communities such as Baileyville and Calais, Islesboro, Ellsworth, and Sanford are taking steps to connect their residents.

The best move for Maine’s next governor would be to provide support and let local communities call the shots. 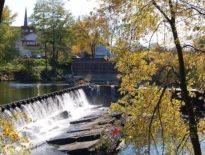 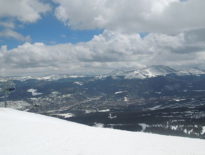