Recent developments point to the increased headway being made by the right to repair movement across the country.

In legislation that could serve as a national model, Massachusetts became the first state to pass a right to repair law requiring that car owners and independent repair shops have access to necessary information needed to make vehicle repairs. The Massachusetts Right to Repair Initiative was approved by Massachusetts voters on November 3rd after appearing on the ballot as an initiated state statute. In an indication of the popularity of right to repair legislation, voters gave the measure an overwhelming 75 percent approval! According to the legislation, automobile manufacturers will have until car model year 2022 to install a standard open data platform that allows owners and repair shops to have access to each vehicle’s electronic data. The platform will let vehicle owners and independent mechanics access the complex telematics data that is wirelessly transmitted directly to a remote server.

Reporting in The Verge noted that Right to Repair advocates hailed the legislation as a significant step forward.

“Tuesday’s victory shows that people overwhelmingly support fair repair,” wrote iFixit’s Kevin Purdy. “And they want people they trust to fix the things they own.”

Given the momentum around right to repair, it is not surprising that investment in job training for skilled workers for the repair sector is also picking up steam.

A company called Nana Technologies has raised over $10 million in new investments to complete the build-out of its online training capacity for thousands of new technical repair jobs anticipated in the immediate future.

Nana Technologies Founder and CEO David Zamir pointed out the critical need for increasing the number of skilled repair technicians:

“There are 5.9 million tons of municipal solid waste [which includes lots of electronics like washing machines, blenders and everything in between] in the U.S, and only 50% of that is capable of getting recycled. We’re in a vicious cycle with appliances, and it’s partly because there aren’t enough people with the knowledge to repair them. But what if you had the liquidity to do that? We’re talking about creating jobs, but also saving the environment.”

According to a news report, Nana is training people to work on a wide array of appliances:

“The range of appliances includes dishwashers, refrigerators, ovens, stoves, washers and dryers — and their typical breakdown/poor performance issues to anyone who wants to know how to repair them. These classes are available to anyone — an individual simply interested in learning how to fix a machine, but more likely someone looking to pick up a skill and then use it to make some money. Once you take and pass a course — currently remote — you have the option (but not requirement) to register on Nana’s platform to become a repair person who picks up jobs through it to get jobs fixing that particular issue. Nana already has partnerships with major appliance and warranty companies, including GE, Miele, Samsung, Assurant, Cinch and First American Home Warranty, so this is how it gets most of its work in, but it also accepts direct requests from consumers for repair of dishwashers, refrigerators, ovens, stoves, washers and dryers.”

The company also plans to expand into other appliances, as well as electronics:

“Over time the plan is not just to take in jobs and send out technicians to fix things in an Uber-style dispatch service — but to expand it to fit the kinds of next-generation appliances that are being built today, with IoT diagnostic monitoring and helping also to integrate these appliances into connected homes. It also seems to be slowly expanding into other home services too, alongside appliance repair (which remains its main business). Electronics can be recycled, but in reality only about half the materials can be usefully reused. Meanwhile, Nana estimates that the appliance repair market is a $4 billion opportunity, with some 80 million appliances in need of being serviced annually in the U.S. But currently there are only some 31,000 trained technicians in the market.”

As a further reflection of the increasing popularity of the repair movement, Nana estimates that to meet future demand they will need to train an additional 28,000 new technicians by 2025.

For ongoing reporting on Right to Repair legislation and sector developments, please see: 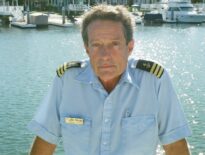 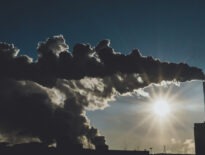