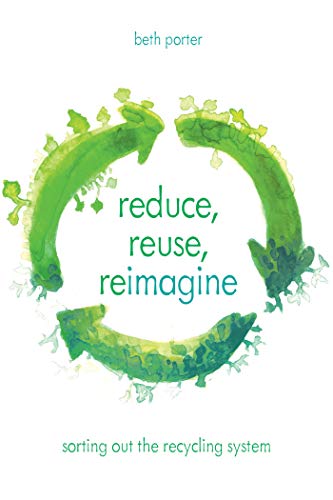 Disclosure: Green America (formerly Coop America) and ILSR have been allied organizations since their founding in the mid 1970s. Most recently, Neil Seldman and the author Beth Porter of Green America conducted a joint webinar on the history and future of recycling in the U.S.

Beth Porter hits the nail on the head from the outset of her recently released book by imagining the recycling phenomenon as an acorn, naturally prepared to grow into a mighty oak. Recycling writ large is such a potential mighty oak offering a cornucopia of social, economic, environmental and climate benefits, all of which are fully described. Yet, to date the promise of recycling remains unfulfilled. After a remarkable tarantella of grass roots activity built a recycling movement in the 1970s, the infrastructure for recycling in the 1980s and the merger of economic development and anti incineration element into the recycling movement, recycling rates stagnated in the late 1990s. Despite the growth of recycling in key cities and counties to 50-70% diversion, some of our major cities — Baltimore, D.C., Philadelphia, Houston, Dallas, Detroit, New York — are struggling to get past 20% recycling, dragging the national average down to 35% for the past 6 years. Even so, recycling has produced 1.5 million jobs, over 56,000 companies and government programs, and has saved enormous amounts of energy and water, and prevented air and ground pollution that would’ve otherwise come from extraction and garbage incineration.

One can only imagine, as Porter does, what the full measure of these benefits would be if recycling were allowed to grow.

Porter’s goal is to unravel this mystery and prescribe next steps forward. The initial sections provide a well-researched history of recycling, starting with mass industrial production in the post Civil War decades of the 1880s, through the consumption feast of the post World War I 1920s, the Depression of the 1930s, the World War II years of the 1940s, and on to the emergence of mass consumer culture beginning in the 1950s and continuing to the throw away society of our time. While cramped with citations and resources for future scholars, the author misses the important musings of sociologist Thorsten Veblen, who first observed the phenomenon of conspicuous consumption among the middle classes during the first wave of U.S. affluence in the late 1800s. She overlooked Stuart Ewen’s brilliant description of how advertising by mass production corporations helped mold the new working class into a consumer class just as capitalism prepared the rural working class for disciplined work in the factories of capitalism. Finally, William Leiss’ writing on the limits of consumer satisfaction is an important addition to the intellectual history of the ebb and flow of U.S. industrial capitalism.[1]

Porter’s history of recycling during World War is exciting as she describes the recycling drives, the contests, and the combined government, corporate, and citizen efforts, that brought materials to the war effort but also built the critical morale on the home front.

Recycling, Reuse, Reimagine covers the key issues of the day: single stream vs. dual stream curb recycling, zero waste vs. zero waste to landfill, China’s Green fence of 2103 and National Sword 2017 that cutoff markets for sloppy recycling, the strange phenomenon of “wish recycling”[2] and the material that is challenging the world environmental order as we know it: plastics.

Porter calls for “joyful acts of sustainability” as a key to this progress. But she makes clear that citizen action at the curb, in schools, and at all levels of government is required to reach the pot of gold at the end of the garbage rainbow. The final chapter includes tips for taking action against manufacturers.

The book covers the basics with careful description of processes, key issues, and steps to take — policies and mandates that form the basis for future success. Space limitations meant less detailed coverage of organics composting and construction and demolition debris. It should be noted that these materials comprise a major part of the municipal waste stream and they have year round local and regional markets, making them prime targets for increasing diversion from landfills and incinerators and reducing the market share of consolidated waste management corporations.

In the 1970s, early recyclers struggled to make headway. We told ourselves that we were on the right side of history, and that recycling was inevitable for the planet as we know it to survive. We were right. Porter helps document and explain the progress made and points to path for continued success.

[2] People who put materials in their recycling cart that are not recyclable in their locale, but which they feel should be or wish to be recycled. 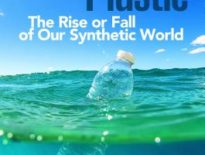