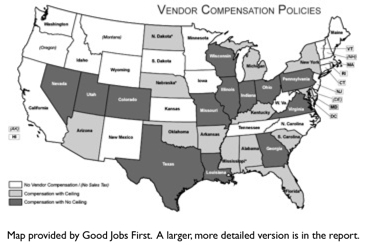 Little-noticed laws in more than half the states allow retailers to keep a portion of the sales taxes they collect from shoppers. The practice is costing states over $1 billion a year and lining the pockets of large chains, notably Walmart.

These are the conclusions of Skimming the Sales Tax, a comprehensive national study of the issue just released by Good Jobs First, a non-profit research center based in Washington, D.C.

The problem is particularly acute in thirteen states that impose no ceiling on the amount retailers can keep (see the map ). States that forego the most revenue include Illinois ($126 million), Texas ($90 million), Pennsylvania ($72 million), Colorado ($69 million), and Florida ($65 million).

It’s not unusual for businesses to act as tax collectors for government. Employers do so routinely when they withhold federal and state taxes from the paychecks of their employees. But, while processing payroll taxes has been accepted as a cost of doing business, retailers have convinced lawmakers in some states that they should be compensated for collecting sales taxes.

The practice first emerged in Ohio and Colorado in the 1930s. In the days before electronic cash registers, when every transaction had to be tracked by hand, the cost of collecting sales taxes was not insignificant.

Today, when even small retailers typically rely on computerized systems, providing compensation is much harder to justify, particularly in those states that set no upper limit on the amount a single company can pocket.

The amount of compensation is usually calculated as a percentage of the sales taxes a retailer collects. In 13 states, the total amount is capped. Arizona, for example, allows a retailer to keep 1% of sales taxes collected, up to $10,000 a year. Michigan has the highest cap, at $240,000 per year.

“This creates a windfall for giant retailers such as Walmart,” said Philip Mattera, Good Jobs First Research Director and principal author of the report, which found that Walmart keeps about $60 million a year in sales taxes paid by its customers.

Because the cost of collecting sales taxes declines with volume, states without caps are providing big retailers with outsized compensation that bears little relationship to their actual costs. The report recommends that these states review their policies and consider setting limits.

Perhaps most significant, the report warns that states that do not compensate retailers now may have to do so in the future. In order to participate in a new streamlined sales tax system that would extend state and local sales tax collection to large online retailers, states would be required, under legislation before Congress, to provide “reasonable compensation,” not only for online sellers, but for all retailers.

It would be left to each state to decide what is reasonable. The report advises states to carefully review the issue and to adopt appropriate ceilings on compensation. 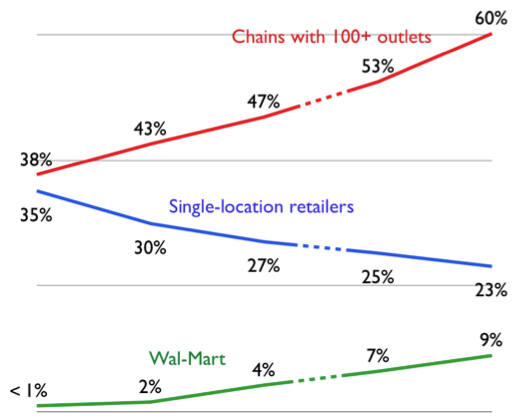 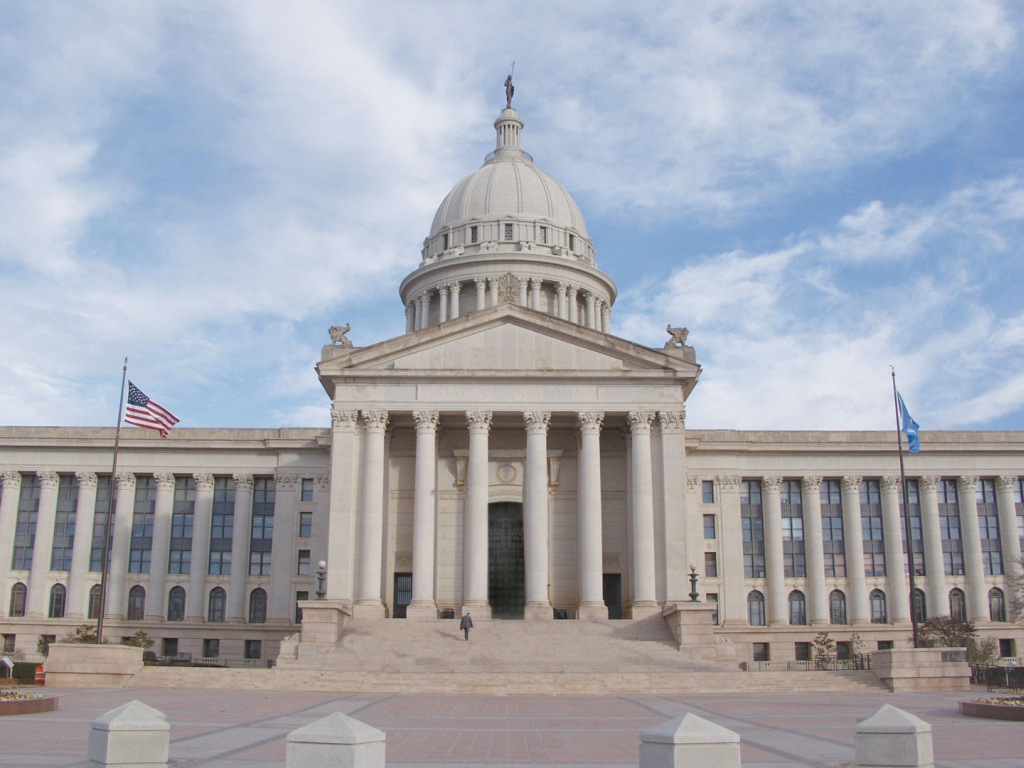