Dr. Daniel Knapp has been a thought leader and iconic businessman in the recycling movement since the 1970s, after leaving an earlier career as a sociology professor. In 1978, two years ahead of the event, he famously predicted the explosion of the Lane County, Oregon refuse-derived fuel plant. This catastrophic failure – of what was at the time being promoted as a form of recycling – was lampooned four years later in Nancy Gorrell’s comic book, “The Lone Recycler,” which was written by four friends, “to combat the evils of wastefulness.”

With his wife and partner, the environmental writer Mary Lou Van Deventer, their company, Urban Ore, rose from the tipping face of the Berkeley dump using many tools recovered at the site. They practiced the “Just Do it!” motto long before the phrase was trademarked and privatized by Nike.

Today Urban Ore is a thriving multi million-dollar reuse and recycling enterprise operating everyday from a three acre, four building site in West Berkeley. The enterprise recovers about 8,000 tons of materials per year from multiple sources. About 230 different types of reusables are recognized in their sales areas. Residue sent to landfill is under two per cent. Urban Ore has remained open during the COVID-19 pandemic because it has been deemed an “essential business” by city and county guidance.

Urban Ore and ILSR have been working partners on numerous projects including the National Recycling Research Agenda, 1979, the Zero Waste Plan for Del Norte, CA, 1981, and scores of anti incineration and zero waste campaigns. In 2007 Urban Ore and ILSR formed the Recycling Archives Project. Their prototype book The Founders’ Hearts is full of stories of discovery, luck, and perseverance, all plucked from from the memories of eight pioneer activists and business people who were active at the start.

Dan Knapp has written a response to an article on published in GreenBiz on May 18, 2020, which presented, “a three-step plan to ensure recycling supports the circular economy.” We’ve shared his comments below:

I read the post “Rebuilding Recycling to Go Circular.”

Its goal of closing the loop is laudable, but the question is how best to do it. I think this piece is sounding too many of the wrong notes. It’s vague and overly reliant on “new technologies” linked to big, concentrated investment. In other words, it’s wanting more of what we’ve been getting from waste industries for over 50 years.

The approach doesn’t even mention the need to retool residential and commercial curbside for dual stream collection, now that single stream has at last proven itself so incapable of producing clean resources that it wrecked its own markets with unavoidable resource contamination. That new retooling needn’t involve new trucks, just new truck bodies. It does involve retooling the dirty MRFs too, because they are not what we need:  too big, too complicated and hard to maintain; too expensive to run. And it needs a new approach to contracting that’s closer to mall management, with agreements more like leases that require and incentivize source separation and clean stream production at every level.  We don’t need massive “public/private partnerships,” whatever those might be. We need a lot of new end-use industries, many quite small, matched to the materials our economy generates.

It doesn’t even mention reviving and strengthening the deposit system rather than destroying it, as CalRecycle seems bent on doing here in California.

We need to revive and strengthen old technologies and protocols that worked and still work. We need investment, yes, but in labor-intensive and skill-intensive resource handling facilities within locally built and operated twelve category resource recovery parks managed by economic development people and priced to reward conservation by offering lower overall costs of disposal. Recyclers need to be paid service fees for handling all those refined materials and making them go away, legally; another thing left out of this nostrum.

We need maximum entrepreneurial zeal, gazillions of new niche enterprises. I refer people to the book The Founders’ Hearts, prepared by the Recycling Archives Project, because I think it demonstrates what I mean when I call for old technologies that worked and would still work — if the playing field were not so distorted in favor of wasting. The Founder’s Hearts introduces readers to the great stories of the pluck and luck created by citizen activists, entrepreneurs and educators.

This “circular economy” stuff could be for real, or it could be just more green washing. My guess is it’s both, depending on who is saying it.  This piece is so fuzzy that it could be anything.

I am glad that this article was distributed. It’s good to know these things so we can make a case that there is a better way.

For a free PDF of The Founders’ Hearts, email seek@susankinsella.com, subject line: Founders Hearts. This is the First Edition, dedicated to May Pon, who co-founded Richmond Environmental Action in San Francisco, and includes terrific, inspiring interviews with Penny Hansen, Gretchen Brewer, Ken Dunn, Tania Levy, Brenda Platt, Nancy Gorrell, Kathy Evans, and Rick Anthony. Dozens more interviews are recorded and in the publication process for future editions, with many more to be added. Knapp, Wynne Coplea, Susan Kinsella, Mary Lou Van Deventer and Neil Seldman edit, curate, and interview for the Founders’ Hearts, which is published by the Recycling Archives Project, soon to be a program of the Earth Island Institute, San Francisco, CA.

A Response to GreenBiz’s “Rebuilding Recycling to Go Circular” 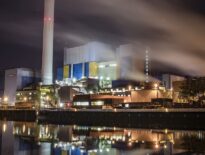 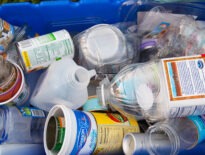