Minneapolis, MN (May 5, 2020) — A case study released today by the Institute for Local Self-Reliance (ILSR) concluded that people who live in rural North Dakota are more likely to have access to gigabit speed, fiber Internet service than people living in major urban centers across the United States.

The case study, “How Local Providers Built the Nation’s Best Internet Access in Rural North Dakota,” traces this surprising finding to the 1990s—before the state’s shale oil boom—when 15 local companies and cooperatives came together to buy out the large regional broadband provider, US West (now CenturyLink). Where US West had largely ignored or under-invested in North Dakota’s rural networks, the local companies and cooperatives moved aggressively to blanket rural areas of the state with high-quality, modern fiber optic networks.

“As millions of people shelter in place and rely on the Internet for work, school, and streaming entertainment, it’s more important than ever that all Americans have access to high-quality, affordable broadband service,” said Christopher Mitchell, director of the Community Broadband Network Initiative at the Institute for Local Self-Reliance. “This case study offers still more evidence that the future of great rural connectivity is local providers—not the big telephone monopolies that have consistently refused to invest in rural networks. Having given big monopolies like AT&T, Frontier, and CenturyLink billions of dollars that were wasted on obsolete technology, governments have to recognize the folly of giving them another dime. Local providers have built the vast majority of high-quality networks that serve rural Americans and are the best strategy to finish the job.”

The case study also found that being part of the community contributed to the success of the 15 broadband companies and cooperatives. The local companies are able to be more responsive to a community’s needs because their customers are also their neighbors—that’s especially true for cooperatives that are owned by their customers and can be held accountable by them. National, out-of-state telecom companies, on the other hand, are often simply too large to understand the unique circumstances and particular needs of their customers. That is a key reason the local companies were able to see an opportunity that US West was, literally, too big to notice.

A copy of the full report can be found here.

About Christopher Mitchell
Christopher Mitchell is the Director of the Community Broadband Networks Initiative with the Institute for Local Self-Reliance. He is a leading national expert on community networks, advising high-ranking broadband decision-makers and speaking on radio and television programs across the United States.

For more information and to schedule an interview with Christopher, call Sushmita Shrestha at 612-540-5997 or email SShrestha@ilsr.org 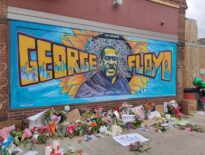 Press Release ILSR’s Statement on the Killing of George Fl… 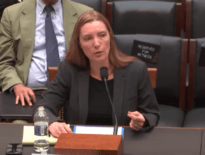