A report by Lilli Ambort and John Farrell, released September 2020

There is an unprecedented opportunity to move beyond air conditioners and tap the many other sources of controllable electricity demand in homes and businesses, and to reduce costly utility investments in peaker power plants.

At certain moments each year, the grid is strained to capacity by the simultaneous electric use of all customers. These “peak demand” moments drive the design of the entire grid. About 10 percent of national infrastructure investments are dedicated to serving peak demand, which only occurs one percent of hours each year.

Utility choices impact the disparity between the frequency of peak demand and the costs to serve it. Typically, electric utilities have made major investments in so-called “peaker” power plants that use dirty fuels, and that largely sit idle except in these times of high demand. Expensive to run because they are often idled, utilities recoup the costs through energy sales. In fact, many utilities prefer this model of overbuilding to meet peak demand because their profits rise the more power plants or power lines they construct. Unfortunately for customers, these utilities––often operating with a government-granted monopoly––are too often unchallenged by public regulators despite an abundance of alternatives to expensive, dirty peaker power plants.

Energy efficiency and renewable energy represent two major forces that have changed the economics of meeting peak demand, and new technology has opened the door to better solutions.

Energy efficiency changes the economics of grid planning. It reduces energy use and the cost of the electricity system. It makes it harder to recover the costs of expensive, often-idled power plants when utilities have lower total sales.

Renewable energy revolutionizes the grid system. Unlike fossil fuel power plants, wind and solar cannot ramp production up or down according to demand but because the energy is produced with zero fuel cost, it’s incredibly affordable. With huge amounts of cost-effective wind and solar energy available, it has become much less costly for grid operators to ask customers to shift their energy use to this period of relative abundance than to build energy storage (for now) or fossil fuel backups. The chart below, from the California ISO, illustrates the need and opportunity for flexibility within the California electricity grid, with abundant daytime solar energy resources.

Together, energy efficiency and renewable energy make flexibility a much more cost-effective approach to peak demand than expensive power plants.

Flexibility is not a new concept. Utilities have had limited “demand response” programs, which ask customers to flex their energy use, for years. Most common are air conditioning programs, in which customers allow the utility to cycle off their air conditioner for a fraction of each hour using a radio control. In aggregate, these programs can reduce total demand in a way that customers barely notice. Some other demand response programs are more traditionally focused on commercial and industrial customers, who agree to cycle down energy use for a financial incentive. Other programs, such as those run by third parties like OhmConnect, target residential users. In a recent survey of utilities by the Smart Electric Power Alliance, 50 percent of utilities responded that they were interested in implementing demand response programs, 20 percent are currently planning to implement demand response programs, and just 5 percent have implemented programs. 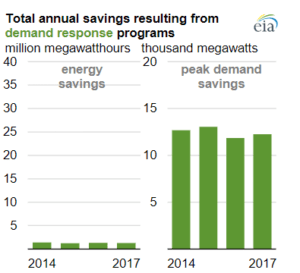 These few, existing demand response programs provide significant energy and financial savings for the utility and customers. In 2018, over 400 programs (often more than one per participating utility) provided 1.4 million MWh in energy savings and $1.1 billion in customer incentives. They reduced peak demand by nearly 12 gigawatts, the equivalent of two dozen nuclear power generators.

Existing programs have only scratched the surface. New technology enables more flexibility and responsiveness, from smart meters to smart thermostats. These tools allow the utility to price energy based on the time of use and its actual cost, offering customers an incentive to use power when it costs less to deliver and giving the utility more control over energy use. Smart technology, such as smart plugs and thermostats, require no additional infrastructure. Set up can be as easy as plugging the new smart plug into the wall and connecting it with your home internet, although smart thermostats require a bit more complicated installation. Smart technologies such as these are affordable to most and are becoming widely used in households across the United States.

There is an unprecedented opportunity to move beyond air conditioners and tap the many other sources of controllable electricity demand in homes and businesses, and to reduce costly utility investments in peaker power plants. This report touches on both Commercial and Industrial (C&I) and Residential demand response, but primarily focuses on the opportunity to expand programs for residential customers. 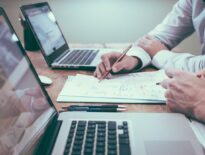 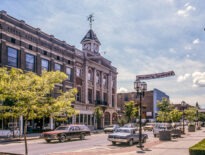