Prepared as a background memorandum for a Warren County webinar on reuse and economic growth in April 7, 2021. Sponsored by the Clean Air Action Network of Glens Falls, NY.

The American Traditional Concern for Thrift and Reuse

Where there is civilization, there is salvage! US history is a case in point. From the ‘waste not, want not’ culture of the early settlers, the Quilting Bee reflects the instinct for production from surplus materials. The self-reliant pioneer homesteads of the 19th century are yet another hallmark of American frugality. The unprecedented explosion of industrial production after the Civil War ushered in the modern era of a disposal society, defined by new consumer products, styles, and social mobility through material acquisition. So profligate was the new material economy that recent immigrants could build a scrap industry and their personal fortunes from the discards of others. Thorsten Veblen, a leading intellectual in the Progressive Era (1890s-1920s) was raised on a self-reliant homestead in Cato, WI, and had a keen eye for thrift and production efficiency. His legacy provided us with the critical concepts of conspicuous consumption and conspicuous waste.1

Fueled by the exhortation and policies from Presidents Wilson (1912-1921) and Coolidge (1923-1929) to expand the outposts of our Market Empire, the US introduced to the world new mechanisms of commerce – chain stores, big brand goods, Hollywood movies, the supermarket – that carried with them not only American products but also the underlying values of American commercialism.2 The growth of the American way of consumption was enhanced by the collapse of European industrial and shipping capacity following the devastation of European economies after World War I (1914-1918).

Consumption and acquisition of goods in the 1920s soared and then spiraled into the Depression: one day’s meal was soup for the next day and remnants from bars of soap were put in wire cages for washing dishes. Consumption was further suppressed during the war years, 1941-45, when Popular Science Magazine schooled Americans who would have to recycle and reuse or ‘do without’. “To do without is not the American Way.”3

The post World War II era of accelerated consumerism, with new roads to new communities in the suburbs, good wages and affordable cars, TVs, appliances and leisure time changed the landscape of waste management. There was a frenzy to burn and burn the mass of new quantity and composition of materials and packaging materials.

In particular, plastic products made from material that has lasted for 80 years and will last 800 years more, became a public burden. An advertising industry with budgets to afford psychological warfare on the public — subliminal advertising — had to be curtailed by law. Still, ingenious Mad Men created an industry that has billions of cash to blanket and saturate the public consciousness on the Internet, TV screens, movies, home journals and billboards.

Repair and Reuse In Today’s Economy

Although repairable items comprise only 2%-5% of the waste stream, they can be valued at $550 per ton, as repaired products are far more valuable than recovered materials. In 2007, of the $74 million estimated potential value of materials in the waste stream, the reuse component accounted for over $15 million, even though it represented just 2.8% of all materials.4

Extending the life of products through repair, sales and reuse continued to play a role in discard management throughout the frenzied consumption that fueled what Life Magazine called in 1955 a ‘throw away society’ that underpinned the ‘throw away economy’.

Two iconic reuse organizations have dominated the reuse landscape in the US for over 100 years, both originating in Christian ministries. The Salvation Army originated in 1865 in England and Goodwill Industries in Boston in 1902. Both grew to billion dollar intentional enterprises through networks of workshops and retail thrift that distribute valuable used goods at low process and train and hire workers. The Salvation Army in the US has a $3 billion budget with 25,000 workers and Goodwill Industries has a budget of $6 billion annually with over 100,000 workers.

Independent reuse enterprises also dot the landscape. According to the Bureau of Labor Statistics, there were 16,238 used merchandise stores in the U.S. in 2010 and 17,206 in 2012. Employment figures also grew; in 2010 used merchandise stores employed over 125,000 people and in 2012 they employed over 145,000 people. The Bureau of Labor Statistics estimates the industry will employ 175,000 people by 2020 – a 20% jump.5 Many reuse activities go undocumented such as the spontaneous Apple Computer Clubs that emerged as volunteers coordinated meet ups to provide instructions on this new phenomenon, which evolved into e scrap reuse social enterprises, organized curb swaps and repair cafes.6

Saint Vincent De Paul based in Eugene, OR (SVDP) began its reuse enterprises in 1985 as the forestry industry in Oregon collapsed. Families that had been donating used goods to the thrift store now needed goods to survive the regional depression. Repairable goods recovered from the waste stream became the working capital for new workshop enterprises in appliances, autos, furniture and mattresses, books, textiles and more. The workshops in Eugene repaired goods and shipped them to networks of thrift stores ranging from Portland OR to San Francisco, CA. Over 600 good jobs have been created mostly for the hard to employ residents.

The profits form enterprises support full social services in the community: job training, housing, counseling. SVDP expanded through the Cascade Alliance, funded by national philanthropy to replicate the West Coast SVDP network across the nation. On the East Coast and in the Midwest over 10 new reuse companies have been started with business planning, technical assistance and on-all troubleshooting, The Alliance will work with any non-profit social service agency that wants to explore this entrepreneurial approach to community development.

Baltimore has centers for reuse through building deconstruction and resale operations in the Loading Dock (reused goods for non profit organizations serving low income people, Second Chance deconstruction enterprise that has grown from 6 workers to 170 workers, mostly all recruited from the hard to employ population of the city, Humanim, which deconstructions abandoned buildings and trains 90 workers annually and places them in industry.) These non-profit enterprises make a difference in community life. Humanim has had no worker who is a returning citizen go back to prison in the last three years. The national recidivism rate is 76%.

Other independent networks have sprung up. The Reuse People has building deconstruction partners in 16 cities. Habitats for Humanity Restores proliferate. It has produced manuals for starting new Restores to serve needy households. The Industrial Recycling Network started in 2006 and since 2012 has specialized in used medical equipment for domestic and overseas contributions. Electronic Scrap reuse enterprises also help reduce recidivism and gang activity including HomeBoy Industries in Los Angeles, RecycleForce in Indianapolis. In Kansas City, the Federal Reserve Office ships surplus electronic goods to Computers for Good that serves the region. In Oregon Free Geek and NextStep are computer repair and reuse social enterprises that use an extensive network of volunteers that grew from the early Apple Clubs. Subsequently, the state’s Extended Producer Responsibility program inhibits the growth of these community-based enterprises by allowing the Original Equipment Manufacturers to gather most of the old machines for shredding and not for repair.7

Private sector reuse firms have thrived. Techno Rescue, based in the Denver area, has acquired East Coast facilities to allow it to process 5 million pounds of electronic scrap annually. With the growing emphasis on the ‘right to repair’ laws requiring that OEM’s provide manual and tools for tractor, auto and computer/tablet repair thousands of new workers are being trained.8 ERI, an electronic scrap-recycling firm started in 2005, which emphasizes repair and resale of refurbished machines, has grown from one facility in Fresno to eight plants in the US with 2,000 employees. All products and recycled materials are sold in the US. ERI has a closed loop program that returns recycled plastic to the supply chains of OEM’s to put back in new products. The company has the capacity to handle one billion pounds annually. The Women in Informal Employment: Globalizing and Organizing, and Sure We Can, have introduced the concept and practice of ‘inclusive EPR’, which calls for transparency in solid waste management and opportunities for workers, small entrepreneurs and communities to prosper in the recycling and reuse sector.

Recent policy and entrepreneurial developments point to further expansion and deepening of the reuse sector. Right to Repair Laws are current in 20 states. A Right to Repair Law was passed in MA by a large margin. These laws will stimulate a massive return to self-help and small business repair enterprises for tractors, cars, appliances and electronic games as the parts, tools and knowledge in the form of manuals become available. The repair and reuse of computer repair can add value up to twenty-five times the value of the initial investment.9 The Right to Repair, and ReUSE Minnesota, track the efforts of activists in the repair and reuse sector.

2 Victoria de Grazia, Irresistible Empire: America’s Advance Through Twentieth Century Europe, 2006; and, Jackson Lears, A Cultural History of Advertising, 1995; and, Paul Lukas, Inconspicuous Consumption: An Obsessive Look at the Stuff We Take for Granted, From the Everyday to the Obscure, 1997.

4 Seldman and Anthony, Resource Management in the State of Delaware, ILSR, 2007.

6 John Wackman and Elizabeth Knight, The Repair Revolution: How Fixers are Transforming Our Throw Away Culture, 2019; see Neil’s review of the book here; also see, Right to Repair Waste Fact-Sheet and Talking Points.

9 See, Right to Repair Overview for Policymakers and Government Officials. The webinar explored the rationale behind the Right to Repair movement and how, if successful, Right to Repair can reduce electronic waste, lessen the strain on our natural resources, and strengthen local economies. 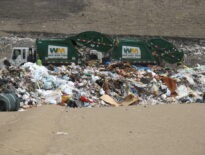 Waste to Wealth Mattresses, Textiles, and Organics Banned from Lan… 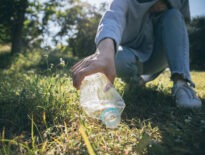